LikesnTrends.com
Home General The Top 12 Biggest and Busiest Airports in the World 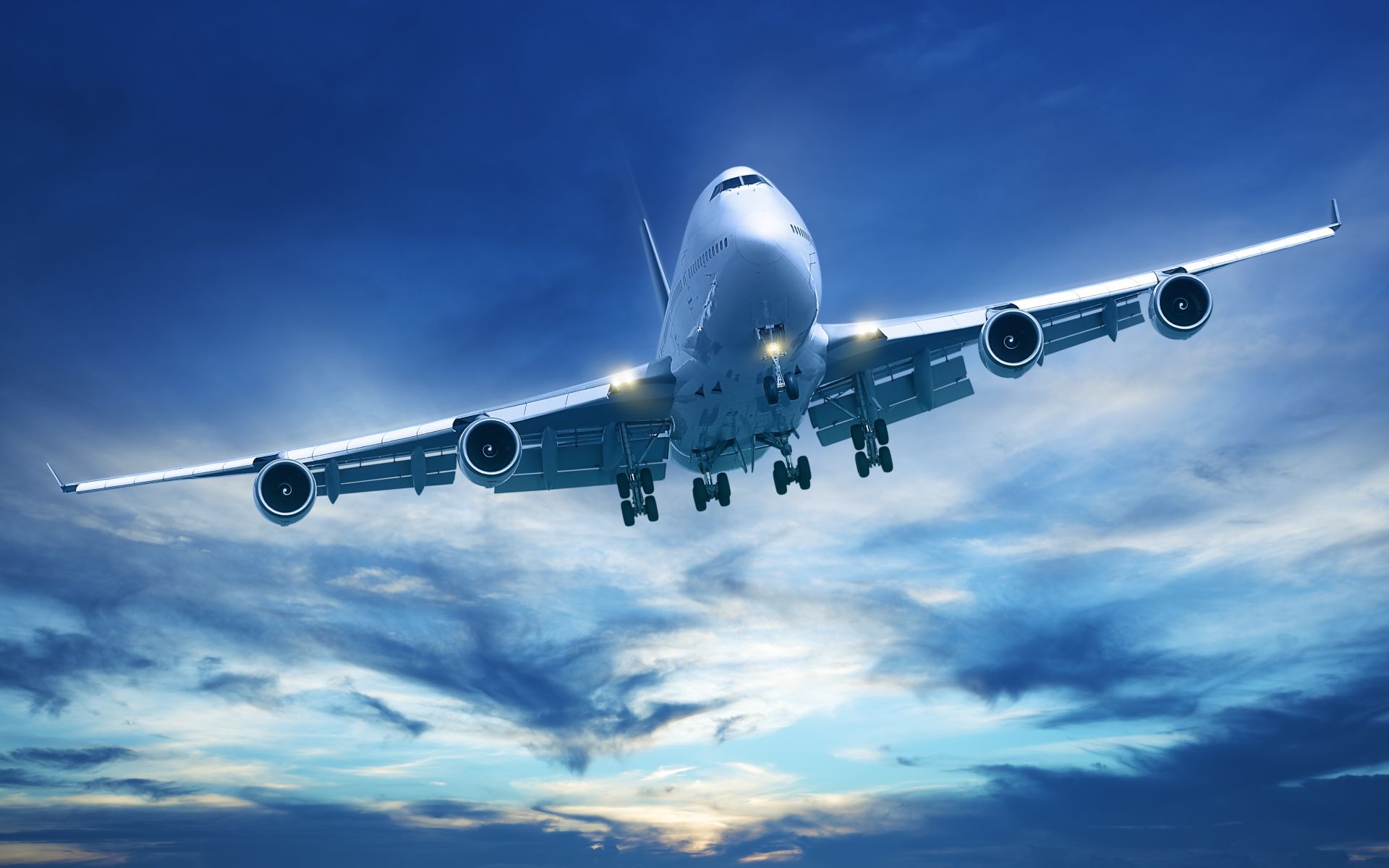 With the need to transport ever-increasing numbers of people and goods, many airports are expanding, but only 12 can lay claim to the titles of biggest and busiest airports. Though the airports in this article are ranked according to passenger traffic, it is important to note that in addition to shuttling people, they are responsible for transporting a significant portion of the planet’s cargo. It is likely that your mail went through one of these facilities, not to mention the clothes you wear or the food you eat. In helping passengers (and packages) get from point A to point B, these airports also help lift local economies and provide employment for thousands of people around the world. 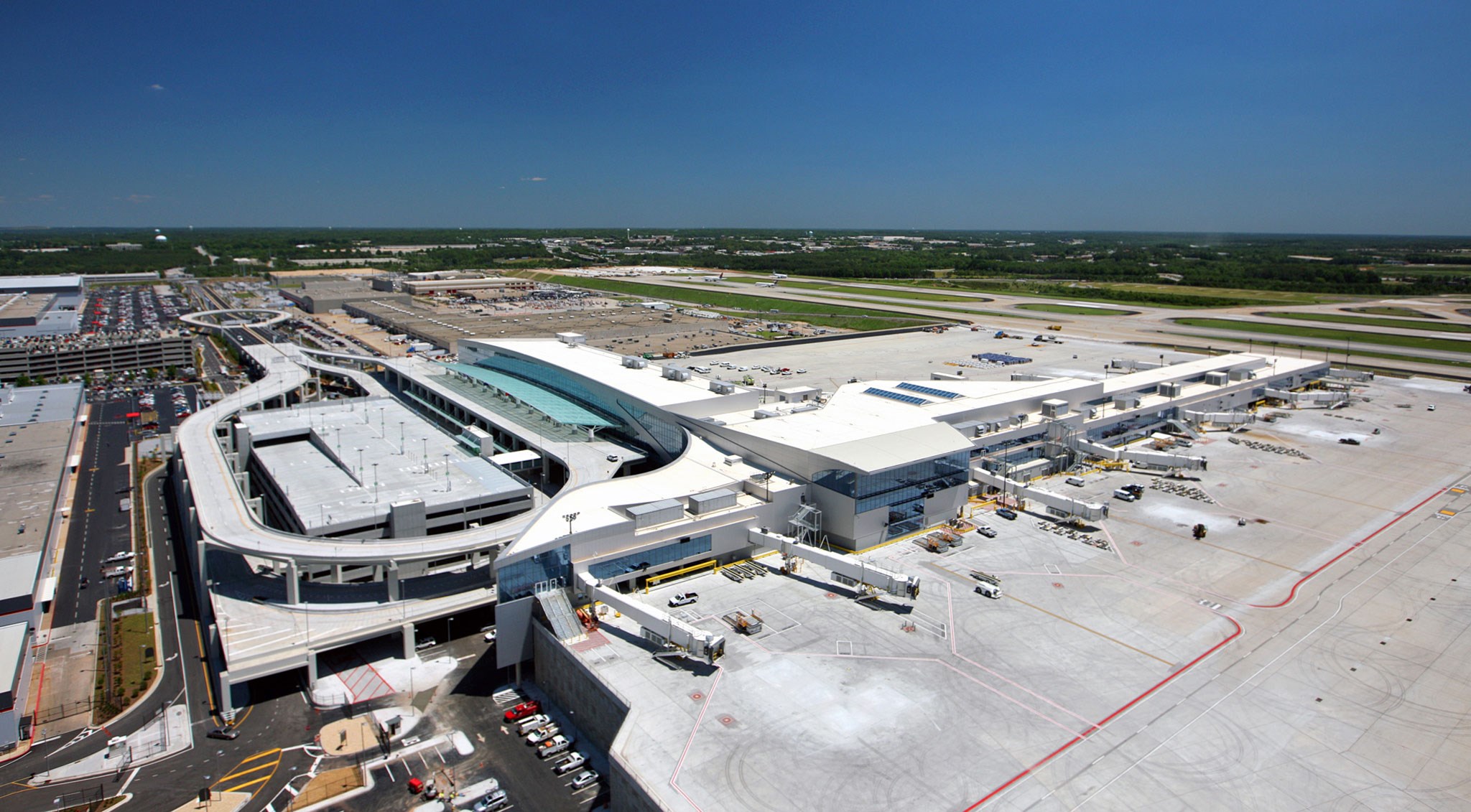 Hartsfield-Jackson Atlanta International Airport in Georgia, USA is the world’s busiest airport. It is the only airport to serve over 100 million passengers yearly, and has done so for three years running! Chances are that you or someone you know has passed through Hartsfield-Jackson, as it is the largest connections hub in North America. Hartsfield-Jackson is the hub airport for Delta Airlines, AirTran Airways, and several smaller airlines. Delta Airlines represents a huge part of Hartsfield-Jackson’s business as it flies nearly 60% of all ATL passengers.This world-class airport has held the number one spot for two decades. The people of Atlanta should be very proud of their airport, as it is considered a model for others around the world, including Beijing Capital International Airport, second on our list. 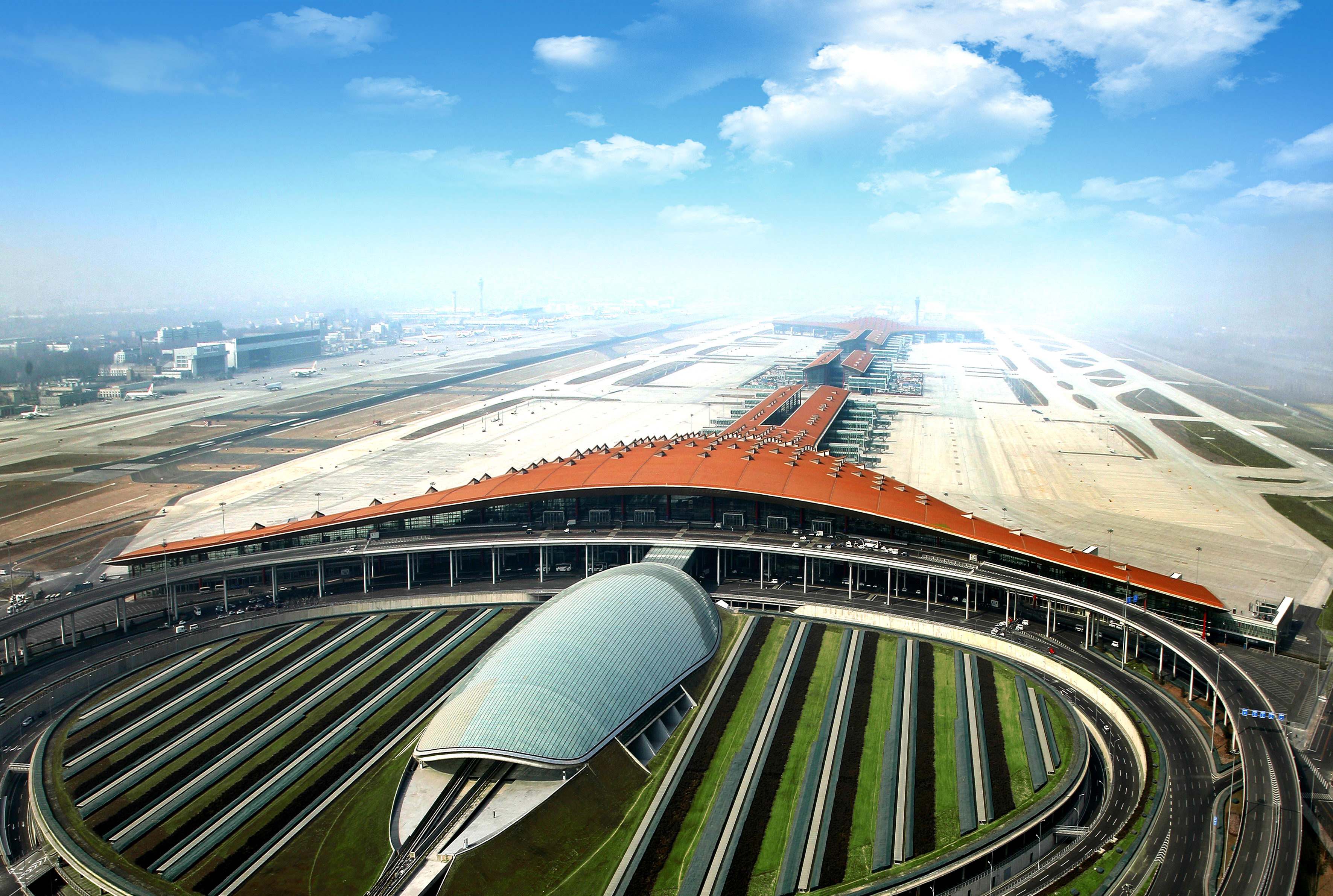 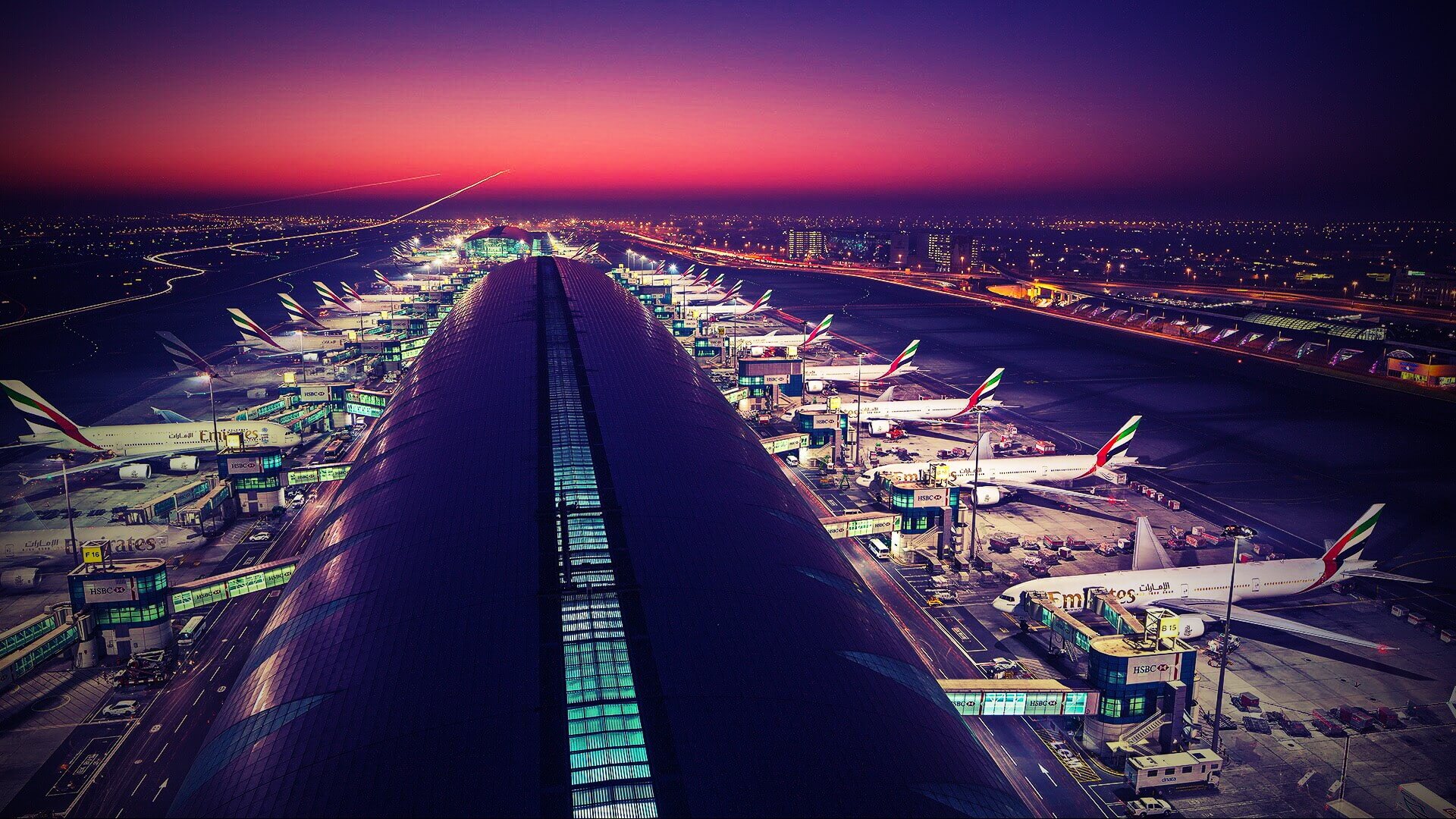 Dubai International Airport has seen a massive surge in growth over the past several years, increasing passenger traffic by 5.5% last year alone. It has pushed ahead of Tokyo International, previously the world’s third largest airport.Dubai International’s 90 partner airlines offer flights to more than 240 destinations across six continents. It is the number one airport for international passengers—and has been for four consecutive years—and the number two airport for international freight. It is also the world’s fastest-growing airport, currently doubling passenger influx every four years. With their ever-growing numbers, it’s no surprise that passenger traffic is projected to reach almost 104 million by 2020. Watch out, Atlanta!Expanding at that mind-boggling rate means more than just adding more runways, though. Dubai International’s collection of duty-free stores was rated the world’s ‘largest and busiest retail outlet’ in 2014. 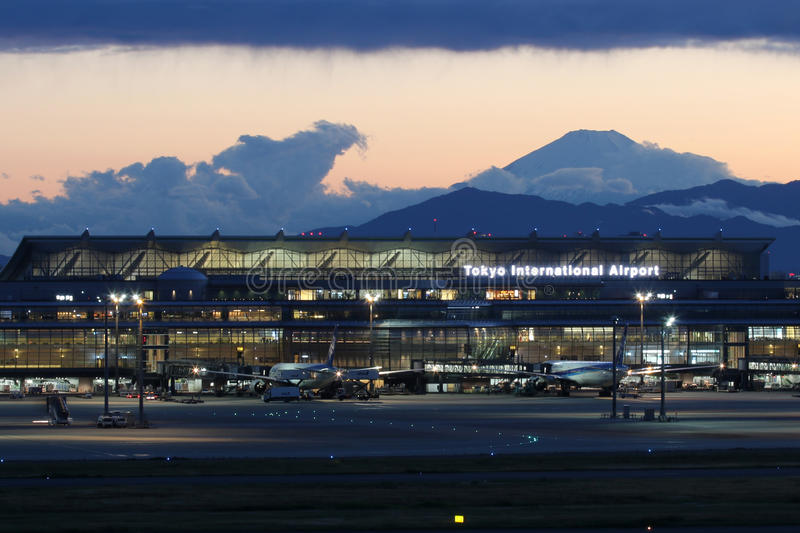 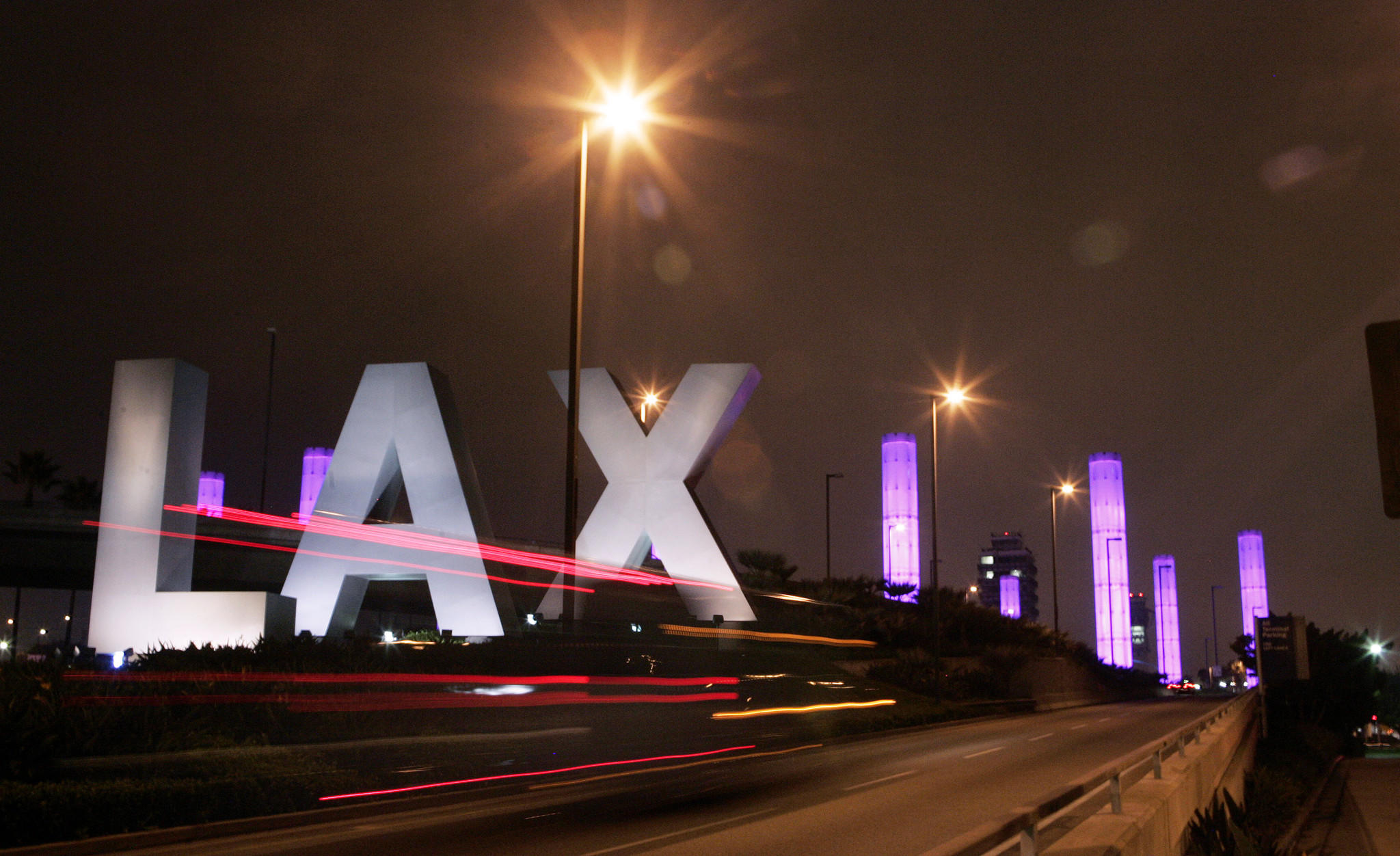 Coming in fifth, though just barely, is Los Angeles International Airport. It is the second largest airport in the U.S. and the only airport in the world that all three U.S. legacy carriers (American, Delta, and United) have chosen as a hub. It is also a hub for Alaska Airlines, Virgin America, and Atlas Air (a cargo airline).As of May 2017, it also became home to the U.S.’s first private terminal, located at the far side of the airport away from the public and the paparazzi. How else are the celebs supposed to fly? Allegedly, they have to walk a mere 70 steps from terminal to plane (versus the layman’s 2,000+). Membership is just $7,500 per year, with an additional fee of $2,700 for each domestic flight and $3,000 for each international flight. Not quite ready to become a member? You can still participate for the paltry fee of $3,500 per domestic flight and $4,000 per international flight. What a steal!

O’Hare International Airport, located in northwestern Chicago, is the third largest airport in the US. In 2017, 79,828,183 passengers passed through O’Hare International, making it the sixth busiest airport in the world. In fact, O’Hare was the world’s busiest airport until 1998, when it was ousted by Atlanta’s Hartsfield-Jackson.O’Hare is a very important strategic partner for several of the biggest airlines in the USA. It is home to the largest United Airlines hub, both in terms of annual passengers and daily flights. O’Hare International is also the second largest hub for American Airlines and plays a huge role in their Midwest business. In 2017, O’Hare was ranked as the biggest Mega Hub in the USA (and the fourth biggest in the world). This means O’Hare has the highest possible number of connections between inbound and outbound flights within any six-hour window. Pretty impressive!O’Hare International has always been considered one of the best airports in the USA, and it has won numerous awards for excellence from US travelers. With its great reputation and impeccable service, O’Hare is one of the most recognized names in the airline business, and it continues to grow and build upon its positive reputation. 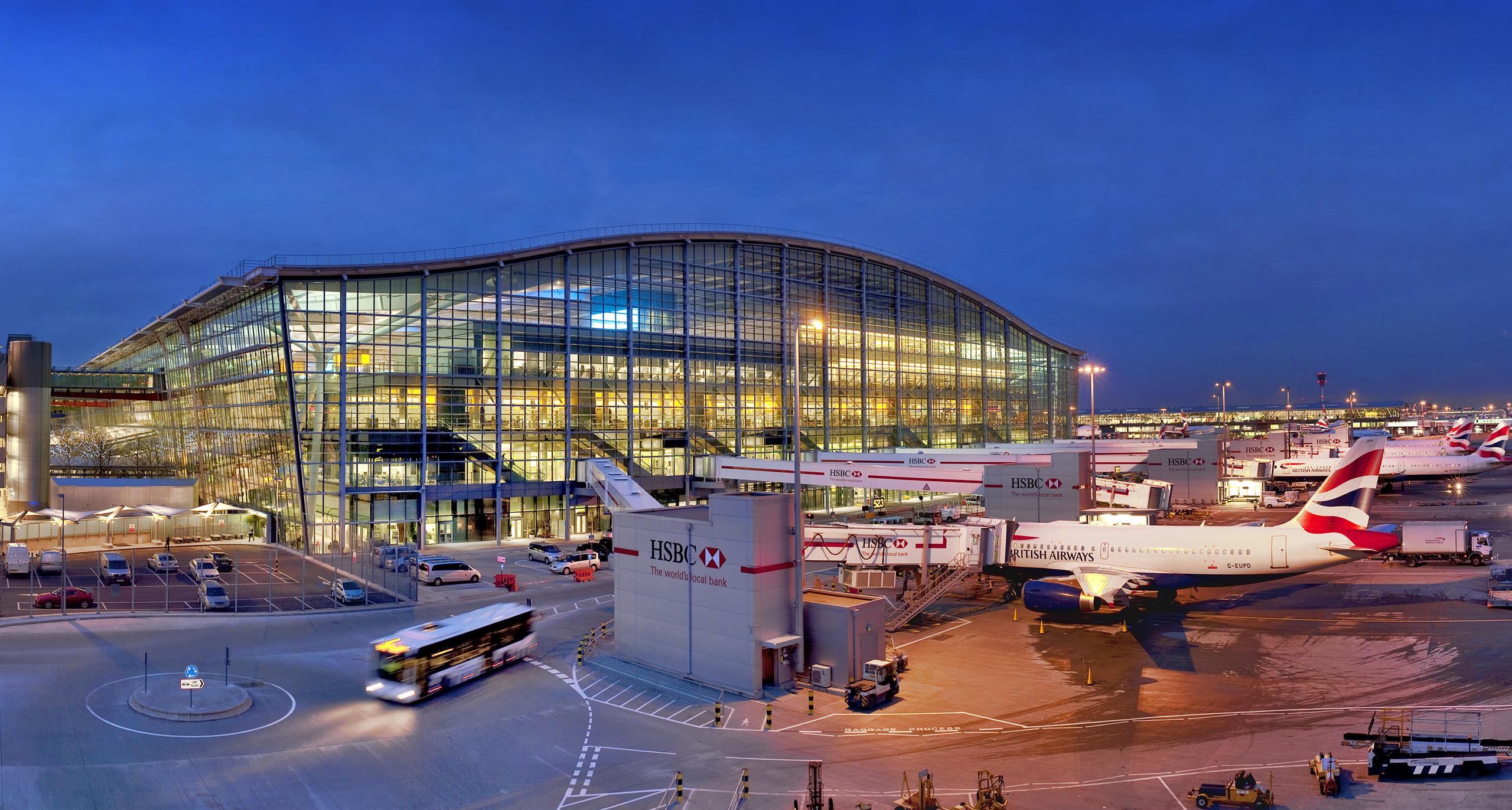 London Heathrow Airport is the busiest airport in Europe and the seventh busiest in the world with an impressive 78,012,825 passengers in 2017. Heathrow boasts 81 airlines and serves 204 destinations in 85 countries. Heathrow Airport is also the hub for one of the world’s largest and most influential airlines—British Airways.How’s the future shaping up for Heathrow? Ranked as the third largest airport in the world just a few years ago in 2012, does it stand a chance to reclaim its former position? It doesn’t look like it. There are plans for a third runway near the north end of the airport, which would significantly increase the number of passengers that can travel through Heathrow, but even if plans were to be approved, the runway wouldn’t be operational until 2025. Another proposed feature includes a much-needed rail link between Heathrow and Gatwick Airport (the other large airport near the city of London), but that’s even further down the line. Even if both projects were completed by 2025, that’s still plenty of time for the top six airports to grow even larger, and for airports currently smaller than Heathrow to supplant it. 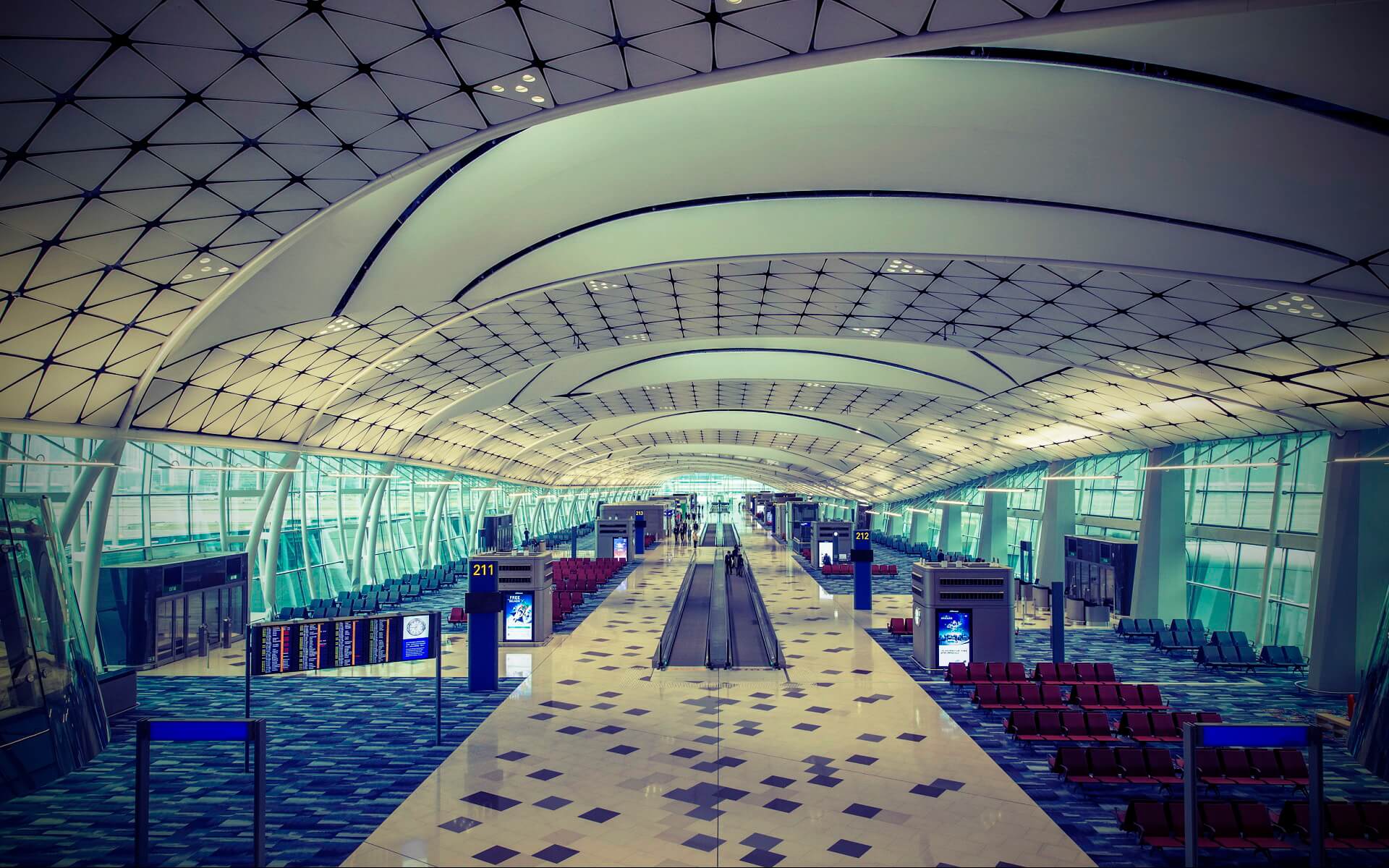 The airport began to experience serious issues in the 1990s when it started continuously exceeding its passenger and cargo capacities; one out of every three flights was subject to delays—pretty bad odds for passengers onboard! To make matters worse, regulations concerning noise pollution were put in place for the hundreds of thousands of residents in Kowloon City, which restricted nighttime flights. In short, Kai Tak simply couldn’t handle its annual volume of passengers anymore.Enter Check Lap Kok. This new airport was designed with a massive passenger allowance in mind, including two runways and a much larger footprint. The new Hong Kong International Airport now handles over 1,100 flights daily, employs over 73,000 staff, and features more than 320 shops and 100 restaurants. It has also earned an impressive panoply of awards, including “The World’s Best Airport for Dining” from Skytrax, the “Top Asian Airport Efficiency Excellence Award” from the Air Transport Research Society (ATRS), and five other prestigious accolades in 2017 alone. While Hong Kong International Airport isn’t the biggest, it might just be the best. 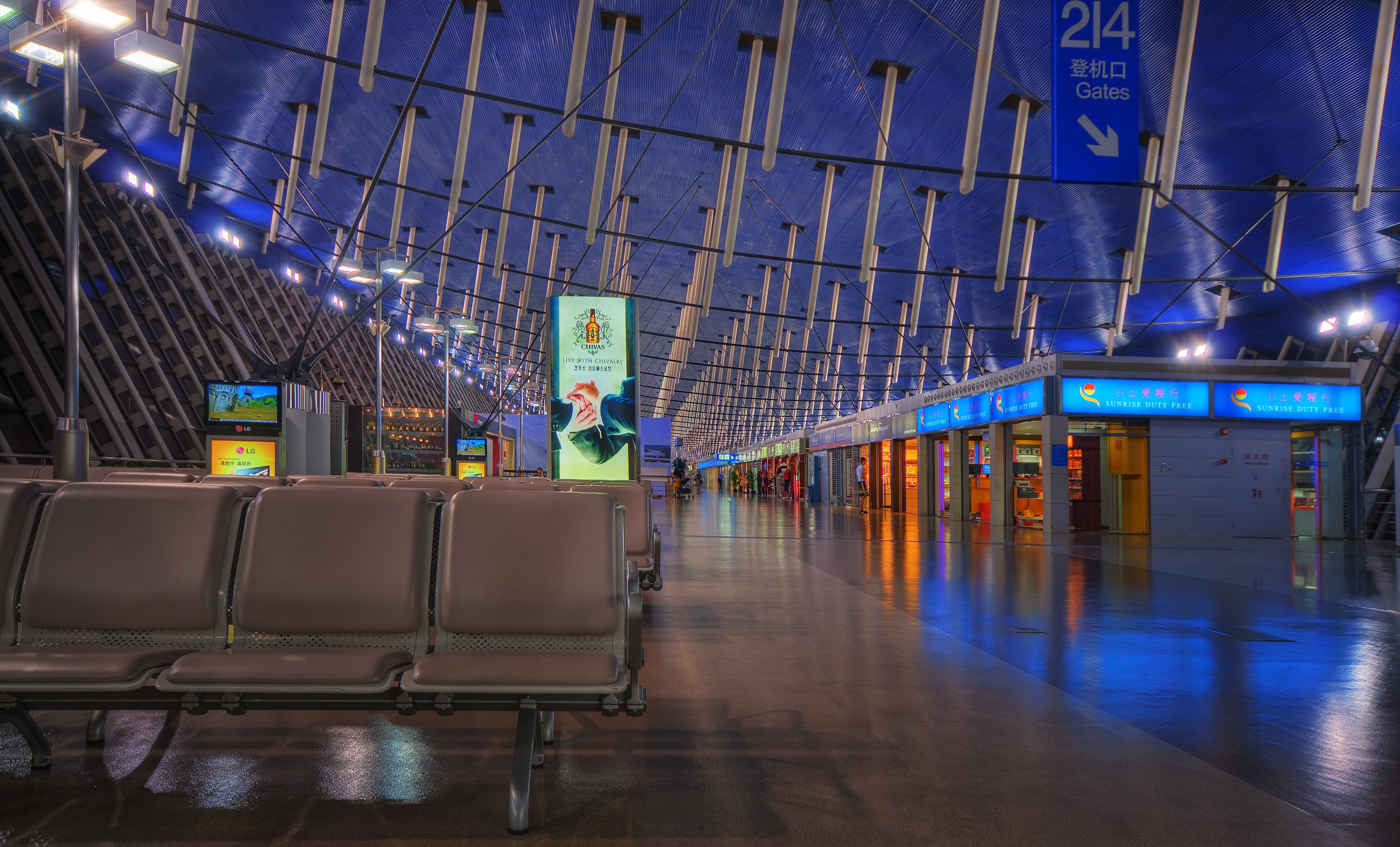 Shanghai Pudong was opened in 1999 to ease pressure on Shanghai’s other airport, Hongqiao, and has since become one of the busiest airports in China. Hongqiao is still a major airport, but it serves primarily domestic flights, whereas Pudong has both domestic and international flights. It is located just under 20 miles east of Shanghai’s city center.A decade ago, Hong Kong International’s size dwarfed Shanghai Pudong by 65%, but by 2017 the latter had narrowed the gap to a mere 4%. It is now on course to overtake Hong Kong for passenger traffic in the next couple years, and plans to build another main terminal, as well as a satellite terminal with two additional runways, will help by boosting Shanghai Pudong’s annual passenger capacity to 80 million. 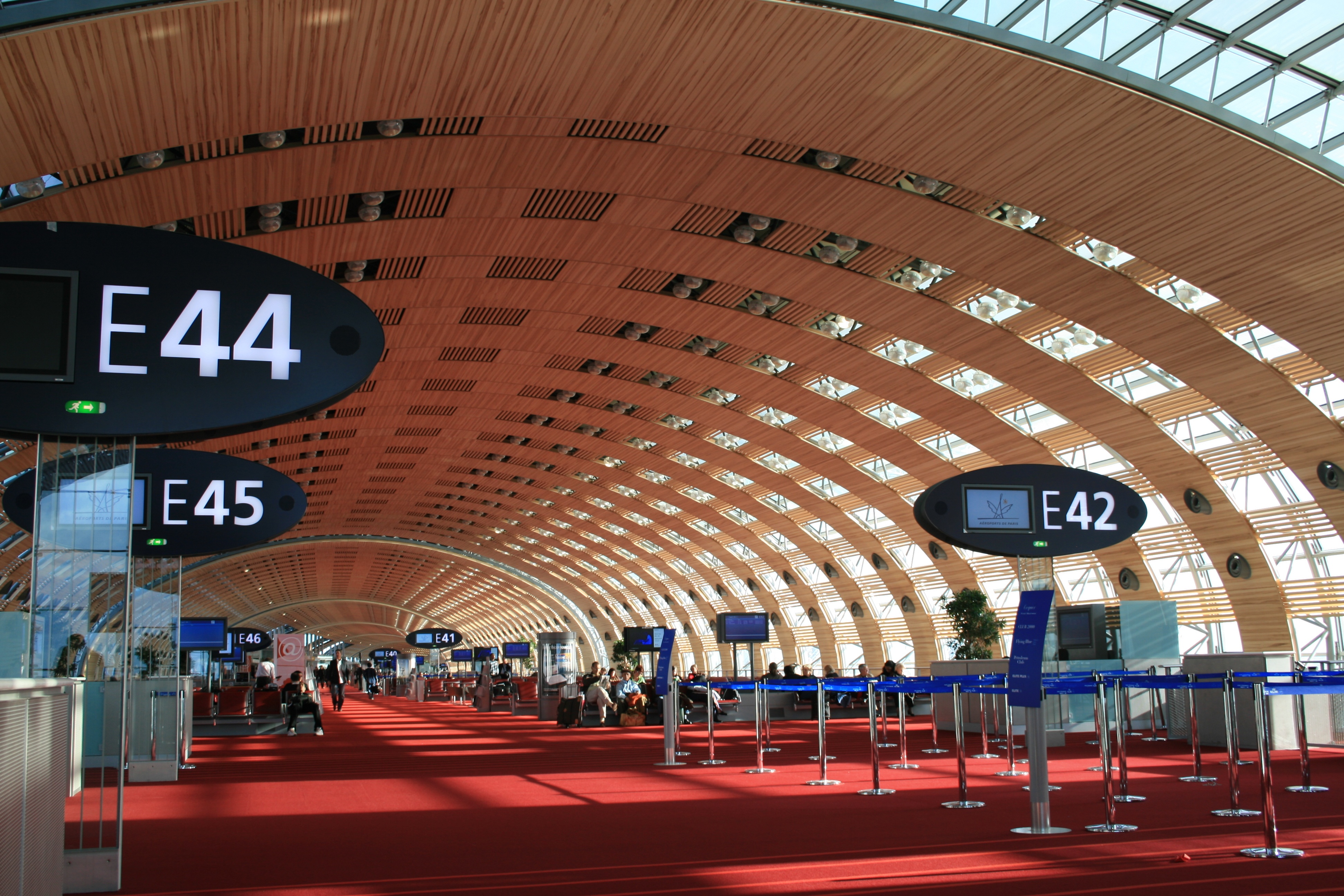 Charles de Gaulle Airport is the second largest in Europe and can handle an astounding 120 aircraft movements per hour thanks to its innovative parallel runway system. This system involves two pairs of parallel runways designed in such a way that they are able to be used independently. Each pair has one runway designed for take-off and another for landing, which increases the number of flights they can accommodate per hour while reducing air traffic-related noise pollution.Charles de Gaulle Airport is innovative in other ways as well. They recently implemented a six-month trial of two self-driving shuttles to ferry passengers between the airport and the nearby hotel zone and airline offices. This airport is also unique in its environmental policy. 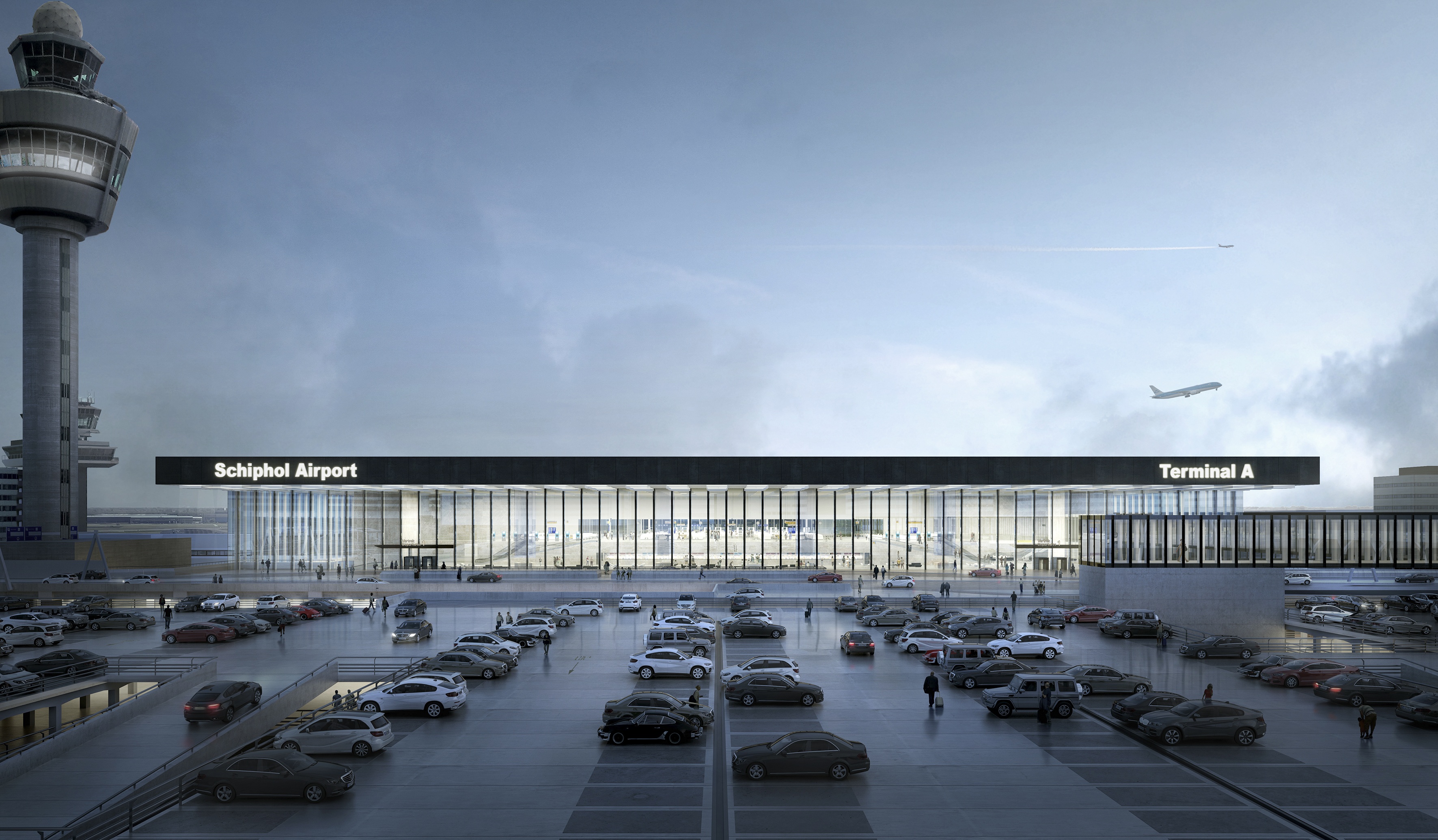 Amsterdam Schiphol has a single-terminal design split into three departure halls, which is unusual for such a large hub. It also employs a unique baggage system, with six robots that load the baggage containers in the South Hall. Schiphol has five main runways, and 90 gates, and can accommodate a maximum of 106 arrival and 110 departure movements per hour.Though Amsterdam Schiphol ranks rather low on our list, it comes in number one in many other ways. It’s the home of the first inside ‘airport park,’ a peaceful place to relax between flights (2011); the first airport library (2010); and the first airport museum, the Rijksmuseum Amsterdam Schiphol (2002). Perhaps it is because of these novelties that Schiphol has won almost 200 global and European airport awards over the past 30 years from both airline organizations and passengers. It is also the oldest airport in Europe—still located in the same place where its first aircraft landed in 1916—and the second-lowest airport in the world, at 4.5 meters below sea level. The only airport that’s lower is nearby Rotterdam The Hague Airport.

Twelfth and last on our list is DFW International Airport. It has 165 gates and serves 229 destinations. It provides 228,000 full-time jobs with an overall payroll of $12.5 billion. Its location is unique in that every major city in the continental US can be reached by plane in four hours or less—nothing to sneeze at in a country nearly 3,000 miles from end to end.DFW is also home to an art program that boasts over 30 works by local, national, and international artists scattered throughout the airport. They even have a sculpture garden! 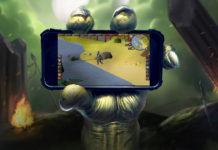 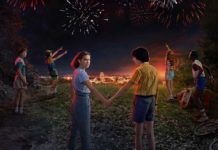 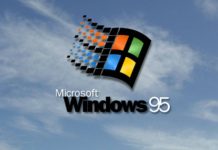