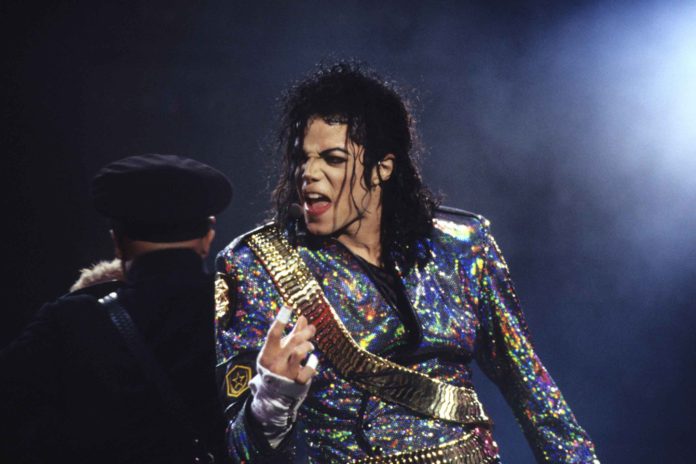 Michael Jackson Inspired Shoes Now For Sale With Big Price Tag. Heads up to all sneaker fiends everywhere, it’s time to buckle up! One of the most intricate and expensive pairs of sneakers has just been dropped, and they were inspired by none other than the King of Pop himself.

While white sneakers, fresh kicks and brands from Adidas, Nike, and Yeezy taking the shoe world by storm, they all better watch out as the latest and greatest is stealing the spotlight. Fashion designer, Giuseppe Zanotti, who has worked with countless stars from Nicki Minaj to Jennifer Lopez, has created a shoe inspired by Michael Jackson for his diamond birthday. 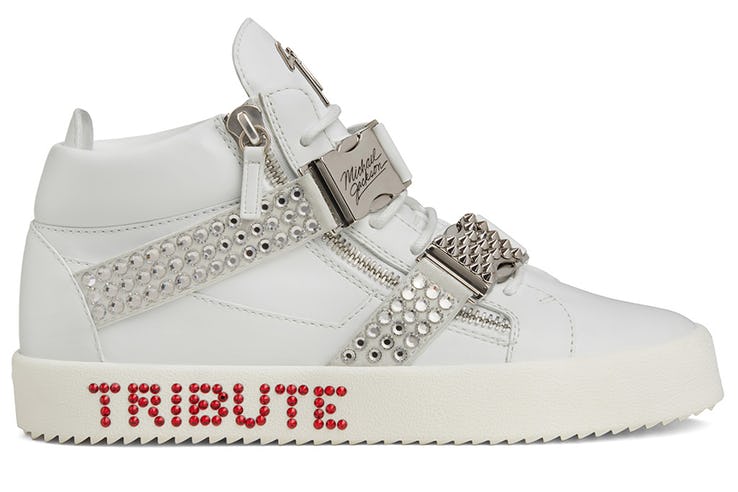 According to GQ, the singer, who would have been 60 years old this year, has led to the launch of a shoe accented with 120 black diamonds, 55 rubies, and two large silver buckles. Sounds luxurious right? Well, the price matches the description. Many are used to spending on average, $100 to $300 on a good pair of sneakers, but how much are these designer ‘MJ’ inspired sneakers costing? Try $15,000! Yep, you read that right, a whopping $15,000 for the ‘Thriller’ hitmaker inspired shoes.

Although the price may come at a steep cost, it’s all for a good cause. The shoes have been put up for auction, which is now available to the public and live now, benefit the Elizabeth Taylor AIDS Foundation. If you are interested in getting your hands on a pair of these bad boys, then you better move quick, because there was only one made in its entire existence. 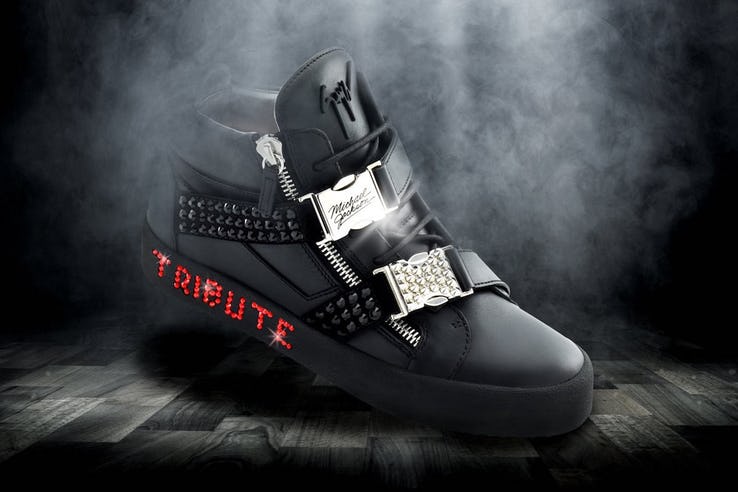 Zanotti, who worked with Jackson throughout his career, only made one pair of this sneaker, calling it “Number One”, for that reason specifically. The second it was announced, many were thrilled and wanted to get a pair, causing Zanotti to create 1,999 more pairs.

These other versions are covered in Swarovski crystals instead of diamonds and come in three different colors: black, white, and silver. These particular shoes will be sold in select Zanotti stores or online at Giuseppe Zanotti and Neiman Marcus this upcoming October.

If you’re looking to pay homage to Michael Jackson, then we think you have finally found the pair of sneakers to do it! 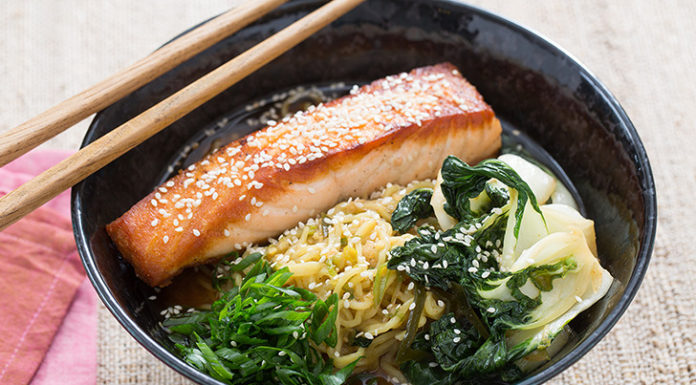