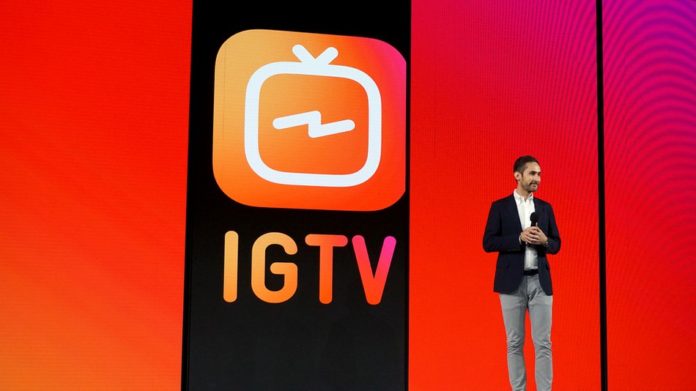 Instagram CEO Kevin Systrom announced the launch of Instagram’s long-form video platform, IGTV. According to The Verge, “Systrom said the app was designed to make it easier to find and watch videos on the mobile phone. He noted that most video apps require you to search or browse through a directory — as opposed to television, where you simply turn it on and start watching. IGTV, on the other hand, will simply start playing video the moment you open it.” In related news, it turns out a short horror film starring Selena Gomez, directed by Torontonian Petra Collins, is slated to debut on IGTV soon, so the app is already off to a great start.

Where to find it?

IGTV exists as a standalone app, and also within the existing Instagram app, which if you update now, you’ll immediately have access to. Tap the little screen icon on the top right of your app, next to your message inbox, and it’ll take you to a plethora of videos uploaded by the accounts you follow. Your own IGTV “channel” of videos will appear on your Instagram profile, alongside Story highlights, and if you’re browsing profiles, that’s where you’ll find other users’ channels too.

Videos on IGTV within the Instagram app will be displayed vertically with thumbnails below of other video uploads, which you can swipe to dismiss if you want to view the video in full screen. There’s also a search bar, a ‘for you’ tab with personalized suggestions culled from your own followers as well as others you aren’t following, a ‘following’ tab with uploads just from users you follow, and a ‘popular’ tab with, you guessed it, the most-watched videos on the app. The best part? There’s also a ‘continue watching’ tab so you can pick up videos right where you left off. You can also like, comment and send videos to friends via Direct messaging.

Instagram’s previous cut-off for videos was 60 seconds, but IGTV will now allow users to upload videos up to 10 minutes long. Accounts with more than 10K followers will be able to upload even longer videos, up to 60 minutes in length, which is sure to give YouTube some serious competition. “Though the launch focused on individuals who already have huge followings, Systrom made it clear that IGTV will allow all users to upload longer videos, capped at 10 minutes for the time being,”