Microsoft has been trying for years to snatch the Sony’s market in the gaming world. With Xbox One, the company was able to allure a large number of gamers across the globe. However, Sony PS4 and then Sony PS4 pro made it’s tough for Microsoft to hold its ground in the competition. Now, the tech giant has launched Xbox One S, however, if you are thinking that it is an upgrade of Xbox One then sorry to disappoint you. The new gaming console is the same Xbox One launched in 2013 but with some enhanced features and  more supports. Microsoft has incorporated 4K support to the device with a Blu-Ray player. That makes Xbox One S the only inexpensive gaming console that offers a Blu-Ray player to the users. In addition to this, XBox one S comes with some design tweaks that make it more sleeker and winning. 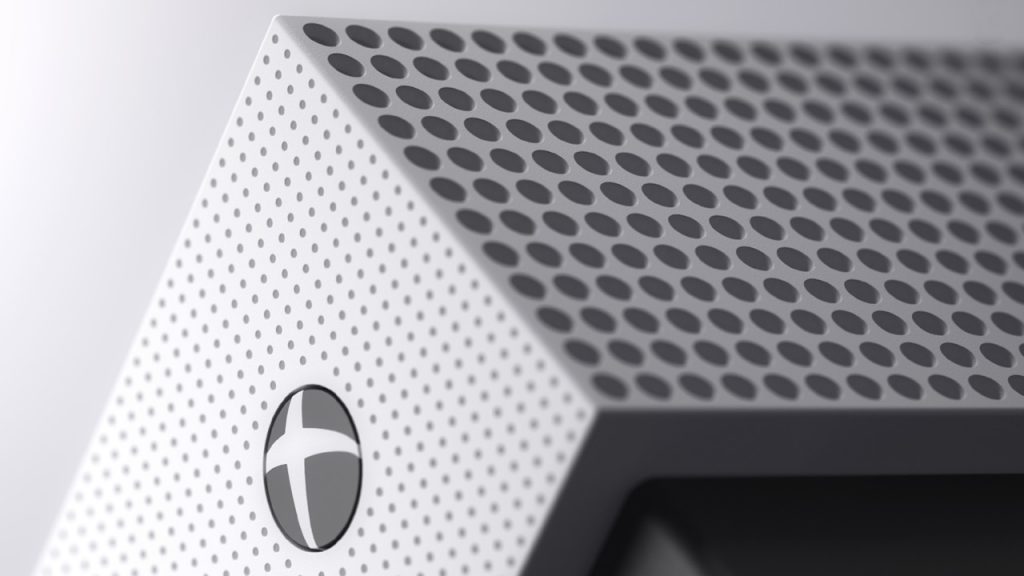 Microsoft has done a massive makeover in the design of Xbox one that you will probably like. The new edition Xbox comes in a smaller and compact shell that occupies only 60% space of the previous model. The company has not given any explanation about the ‘S,’ but it surely stands for Slim. Moreover, the power unit of the device has been shifted to inside the console. This makes Xbox One S almost equal to PS4 pro in size which is an excellent job from the company. The big air cooler grills at the back are now replaced by small pinholes that not only makes it compact but also adds a better style statement to the design. The glossy surface of the Xbox one is also turned into the total matt design, which is something I was expecting from a long time.

The other small tweaks include the power button that went under an unexpected change. The touch-sensitive power button is now replaced by a physical button which is undoubtedly a cost-saving move from the company. The controller pairing button and the USB port is now placed in front of the device instead of the right side. The other significant tweak is the placing orientation of the console. Like PS4, the Xbox One S can also stand up by flipping one of its side vertically. However, it requires a plastic stand for the air ventilation purposes that costs € 20. 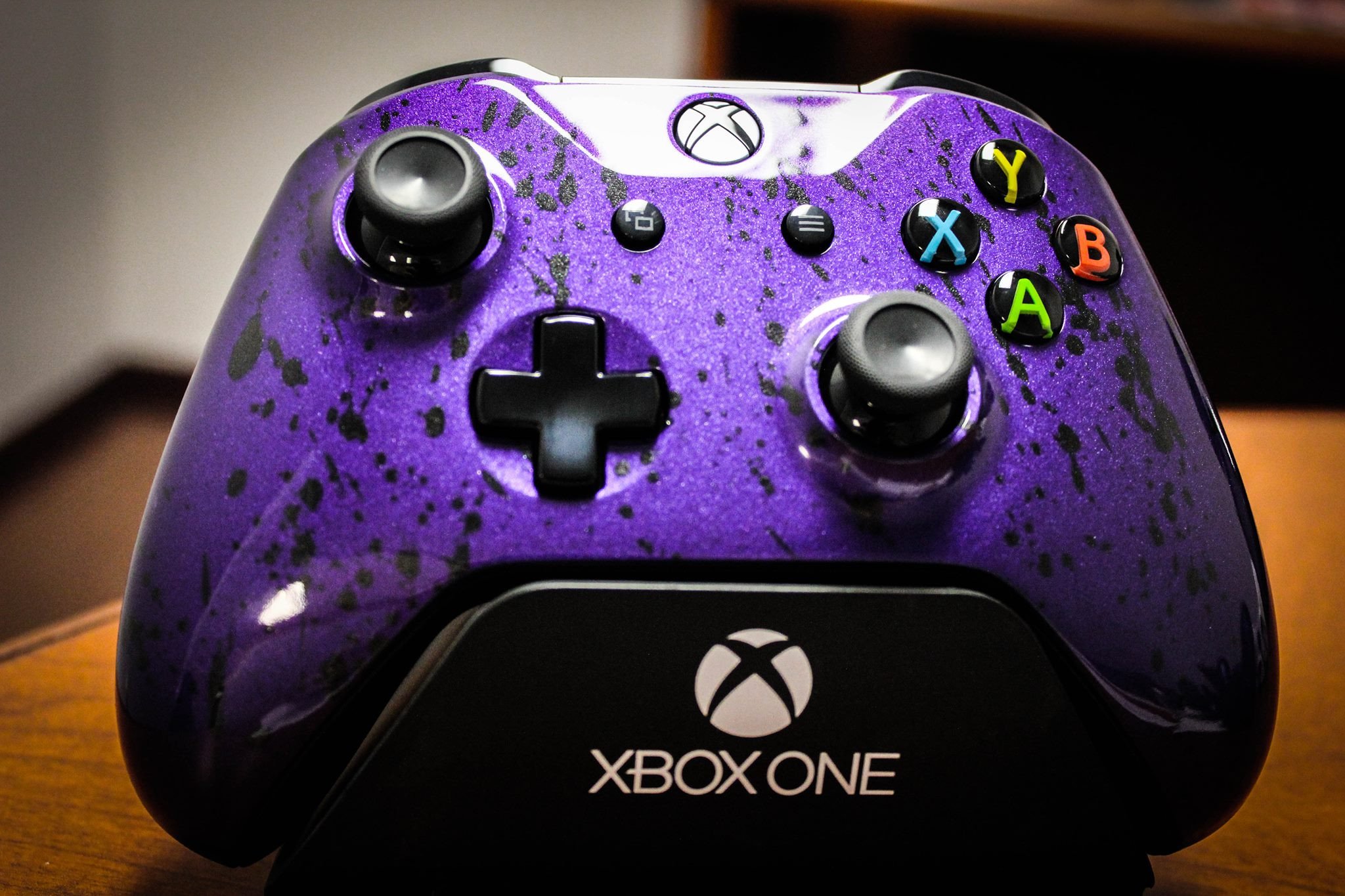 The controller of the gaming device also went under modification but it’s too small to notice. However, if you are a hardcore gamer like me then you must know that a bit of tweak in the controller could turn things around for us. Microsoft kept the ergonomic design of the controller from the last edition. But, the end and rear part of the controller are different now, somehow the company has managed to make them more grippy. The new texture makes the controller to stick well in your hands while playing. During the review session I played Destiny 2, and there was a hike in my gaming performance. The perfect grip and better control helped me with quick moves. Moreover, the thumbstick is manufactured by a new material for better feel and improved movements. The controllers run on AA battery that last longer than i expected. 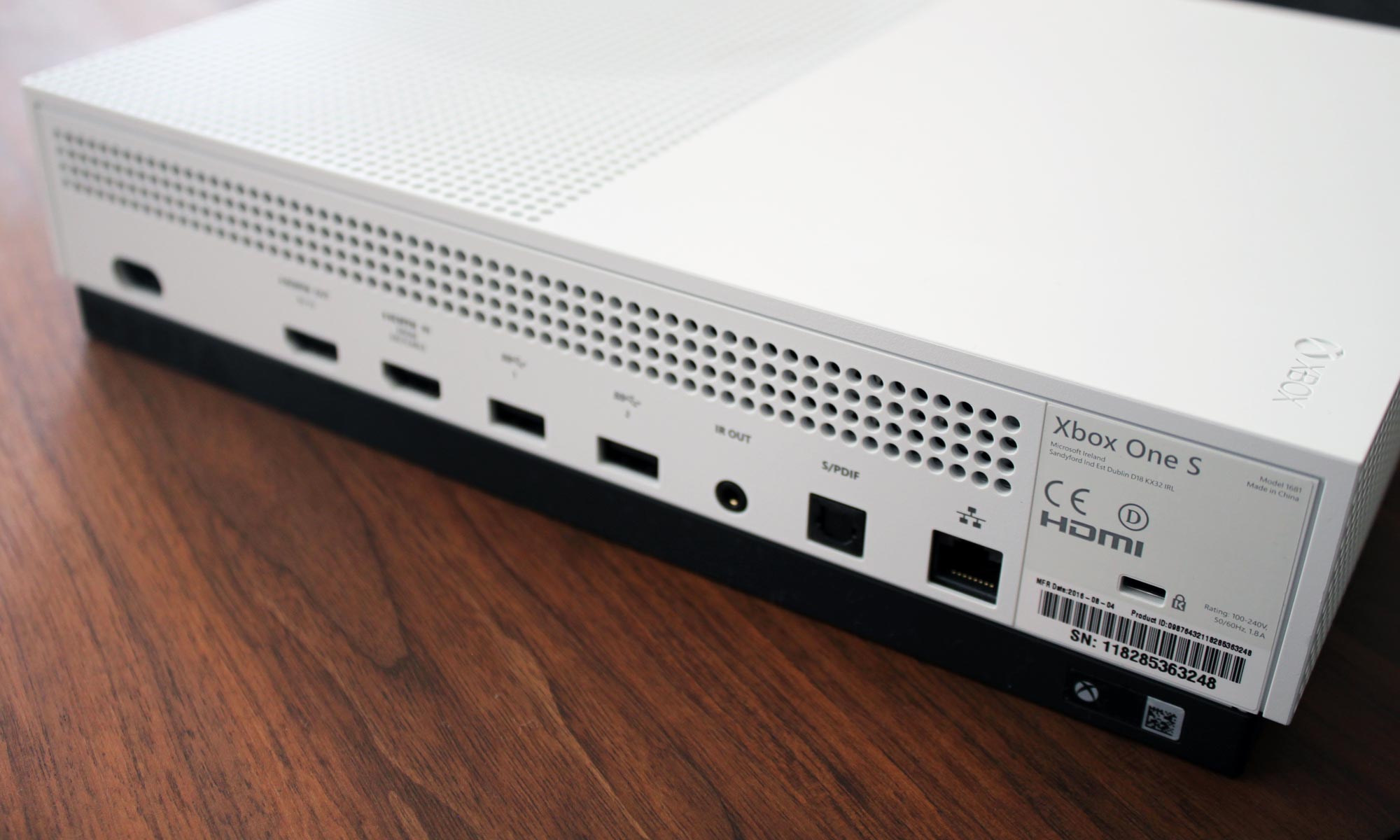 Let’s start with the backside first as there isn’t much change there, you will find the same HDMI in, HDMI out, 2 USB port, one HDMI, Optical out, IR out, and a Ethernet port. Noticeably, Microsoft has upgraded the HDMI 1.4 to HDMI 2.0. With this upgrade, the Xbox One S is capable of delivering 4K media at 60Hz. Unsurprisingly, the maker has removed the Kinect port from this edition of Xbox. There is an excellent addition to the device in the form of IR port, which enables the user to turn On other devices like TV or home theater without the need of dedicated remotes. Xbox One S was launched with 2TB of internal storage that may sound like a lot, but the serious gamers know that it is just enough. I advice buying the 2TB variant rather than the 1TB OR 500GB model as the Microsoft gaming libraries require too much space.

Talking about the gaming power the device owns the configuration similar to the last edition. Inside the gaming console, you will find eight-core AMD custom CPU that is capable of generating 1.75GHz Clocked speed. Along with this, the device comprises the same GPU and 8GB RAM of DDR3. To make the Xbox One S more impressive, the company has improved the GPU frequency from 853 MHz to 914 MHz. With this enhancement, the device is capable of taking the load of HDR games for providing uninterrupted gaming experience. 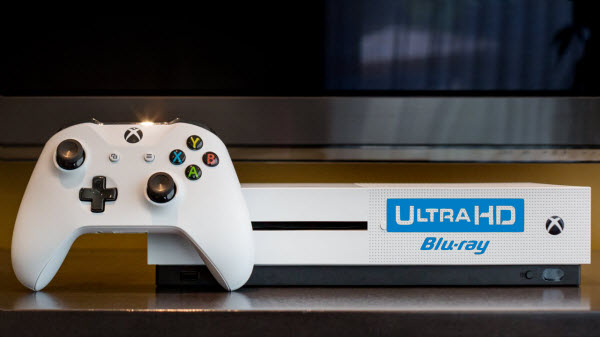 Xbox One S also work as a UHD Blu-ray player that is quite impressive from the company. The device pulls the 4K content directly from TV or other inputs and delivers it unharmed to the user. One S is the only gaming console that comes with a UHD Blu-Ray player, that even PS4 isn’t capable of providing. However, Sony is on the way with its first UHD player that will be launched soon.

There is no holding back in saying that the Xbox One S is the best Xbox ever. Almost everything is better than the last edition from the company. You will be getting a smaller, nicely designed console with an embedded UHD-Blu ray Player. However, there is no change in the gaming elements of the device, but the upgrades definitely enhance the user experience. So, if you own a 4K TV then you should buy Xbox One S for experiencing the true 4K gaming and movies. Microsoft Xbox directly competes with Sony PS4 pro that also delivers the 4K media but lacks the UHD- Blu Ray, that gives Xbox One S an excellent opportunity to strike. 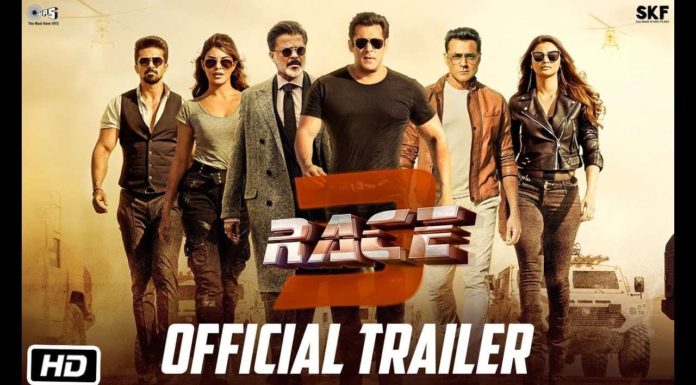 Race 3 Trailer out, Is all about Salman Khan saving his Family, Watch Video