Earlier this week, I entered a space that’s, to put it mildly, not my comfort zone. I’ve covered fashion weeks, film festivals and art forums but an Apple keynote address? Not so much. So it was with a great deal of curiosity (and a tiny hint of trepidation) that I entered the San Jose Convention Center for my very first Apple Worldwide Developers Conference earlier this week.

First things first: the split at this annual event is apparently 95% software developers, and 5% press, according to an Apple rep. And those “devs”? (Yes, I picked up some slang.) Well, there’s thousands of them, from 77 different countries, and this event is basically their Burning Man, just, you know, without the drugs. But it is a heady, innovative, stimulating week just the same, the like of which only rolls around once a year. In this universe, Tim Cook and Craig Federighi are rockstars. Now, I’m no Luddite but the minutiae of some of the Apple team’s announcements—new software features, apps and updates—didn’t always hit home. Things seemingly innocuous to me were evidently Very Huge Deals, if the cheers and applause from the devs was anything to go by. Even so, it’s easy to see why this event matters so much to tech savants and journalists alike. Apple never fails to announce some cool stuff, and this time it all revolved around the enhanced capabilities of their latest operating system, to be rolled out in the fall across all their devices. Here are some of the things to look out for with iOS12. 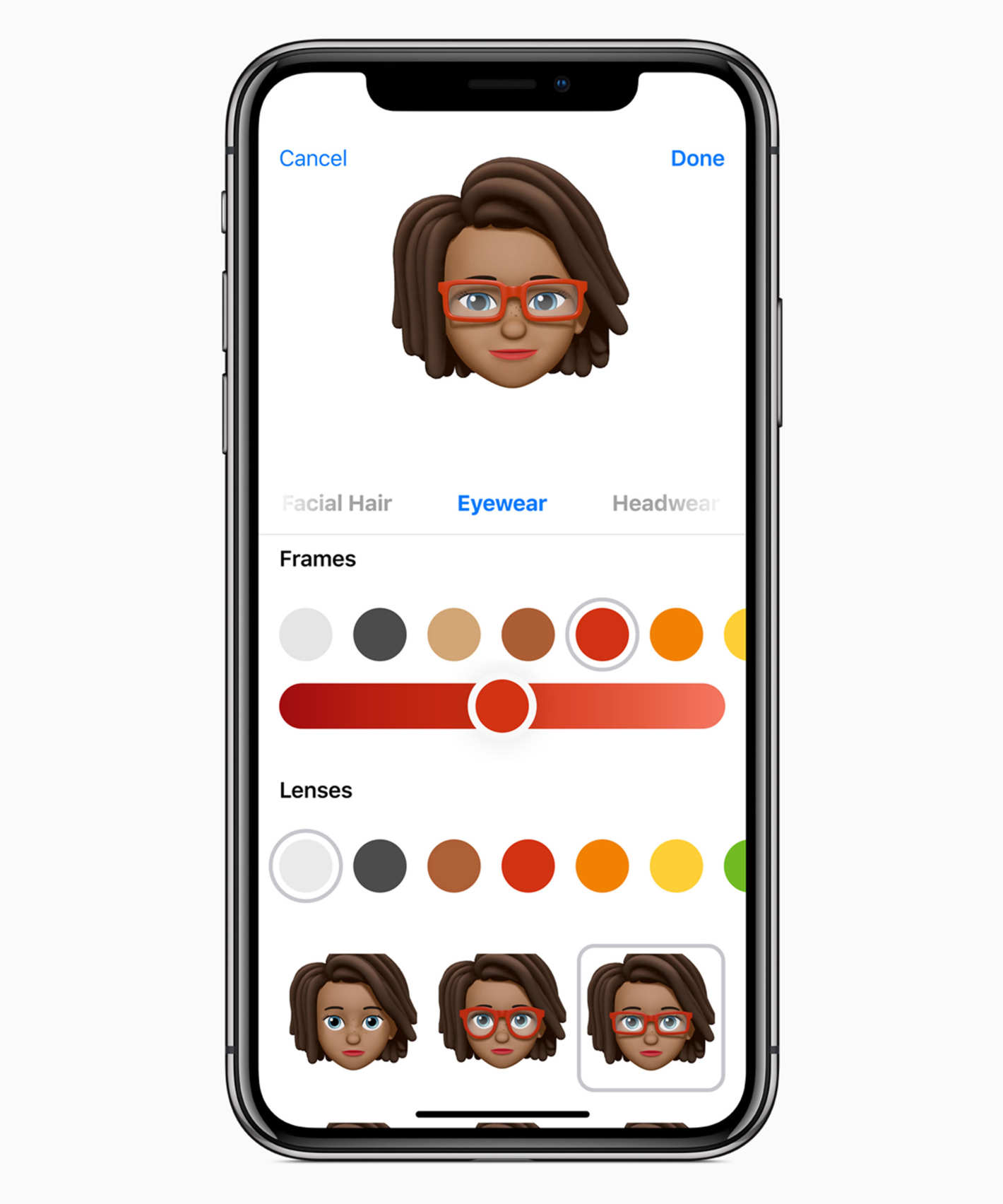 The face-tracking technology that powered the iPhone X’s animated animal emojis (Animojis) has found a new host: Memojis. They’re basically faces that can be customized to look just like you, with dozens of options of hairstyles, eye and hair colour, and even jawlines to choose from. Thanks to Apple’s emphasis on inclusivity, you can play around with a host of additional elements—from turbans and headscarves to hats, beards and more—to tweak your digital likeness as closely to your real one as possible. These Memojis can even hop on FaceTime calls for you, mirroring all your movements, smiles and frowns as you converse with friends, family or colleagues. 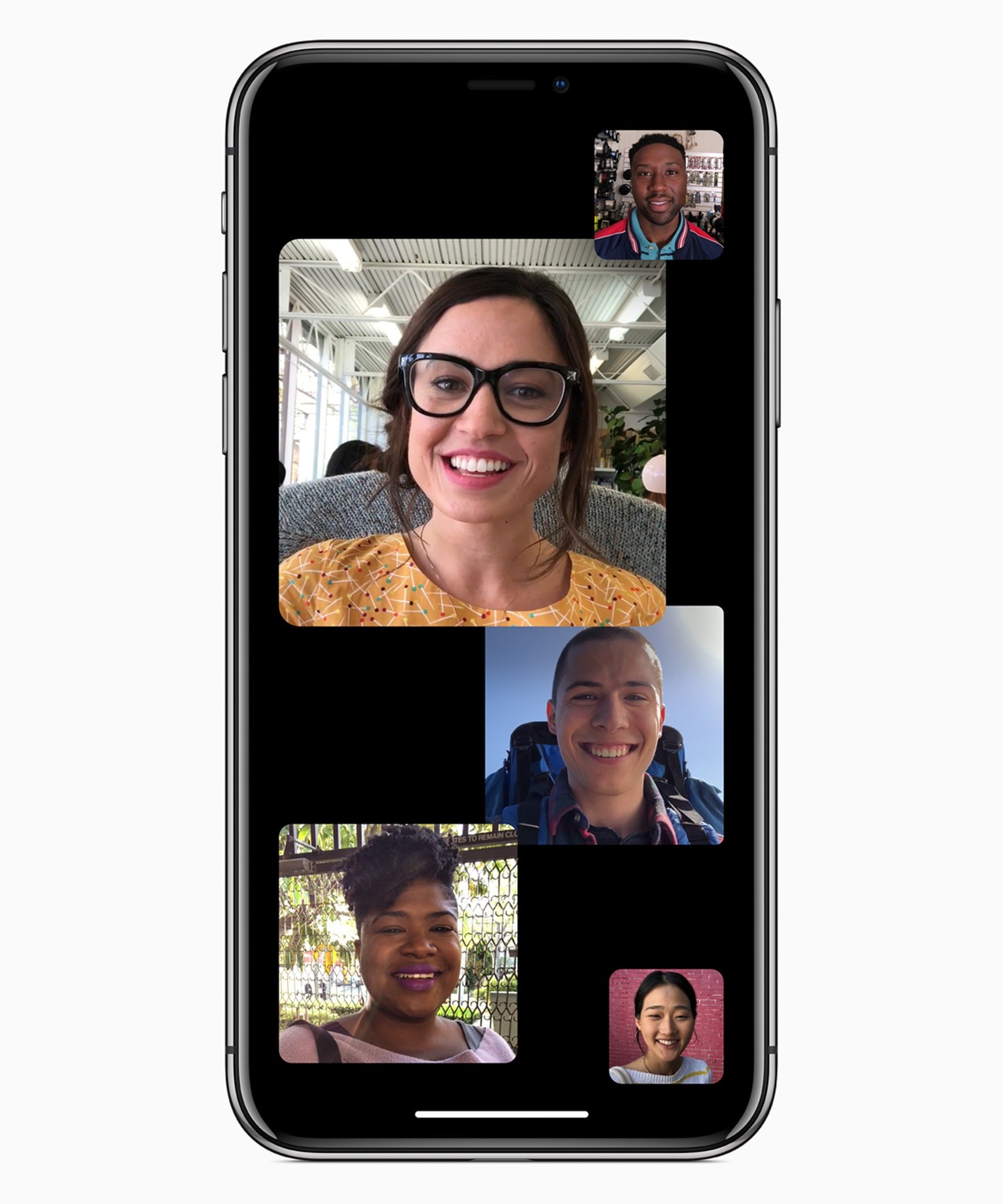 If you’re anything like me, you turn to Skype whenever you need to do a video chat with more than one person—your best friends in another city perhaps, or family members spread out in different countries. Well, as of iOS 12, you can now do that with FaceTime. Its new version will accommodate up to 32—yes 32!—people on a single call. Each person will appear as a tile on the screen, or in a vertical strip along the bottom, depending on how many participants there are. Based on who is speaking at the time, the tiles will adjust in size—bigger for whomever is speaking, and smaller for the others. 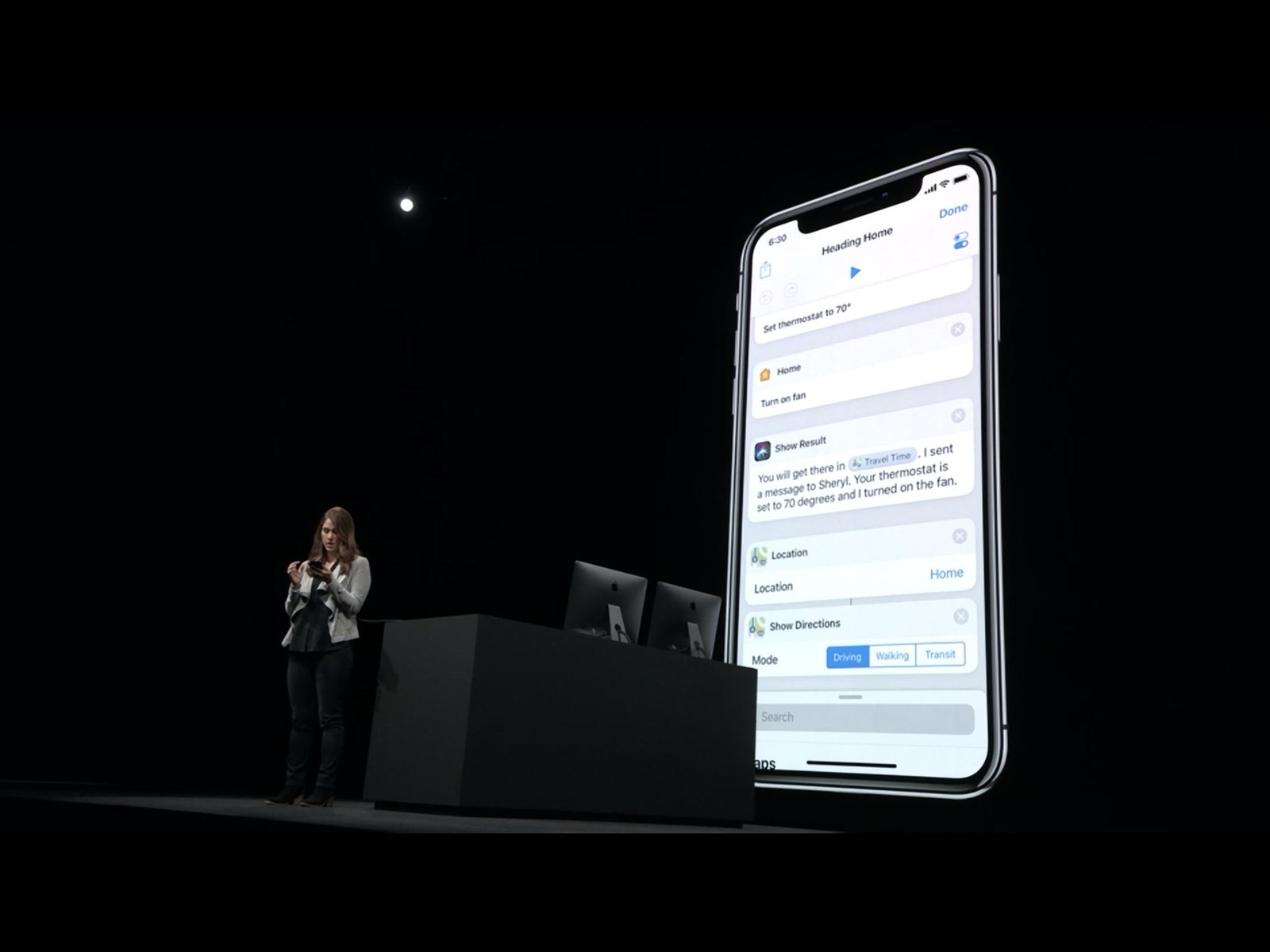 Running late to a meeting scheduled in your calendar? A new Siri update, called Shortcuts, can automatically offer to send a text to the meeting organizer to let them know. While some of these commands (involving basic tasks) are fed into the app, you can also create personalized Shortcuts from a series of different third-party apps. Lets say your morning routine involves putting on a podcast, grabbing a cup of coffee from your local cafe, and heading to catch the subway to work. Shortcuts can cue all those things up when you issue your personalized voice command, for example “morning routine.” It’ll start playing your morning podcast, order your go-to coffee, and give you updates on your morning commute, like whether there’s a delay on your usual train. It’s basically like a personal assistant, but one that lives in your phone and doesn’t require a hefty monthly salary. 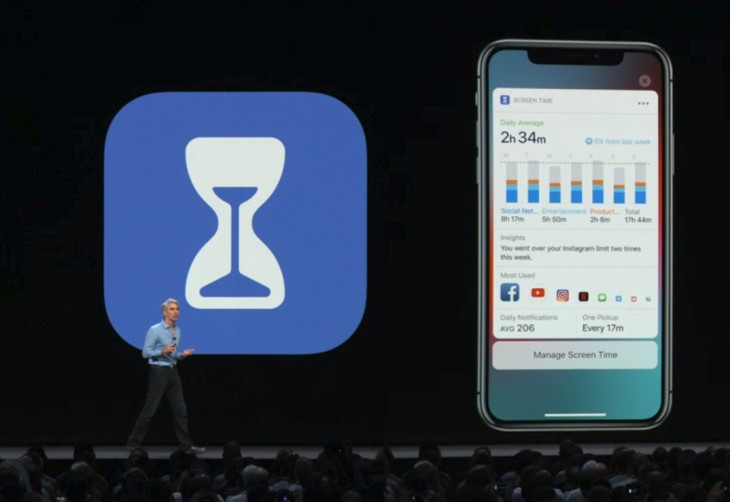 We’ve all been through it. It’s 11pm and you’re getting ready for bed. You tap open Instagram for a quick scan of what’s going on and before you know it, it’s midnight and you’ve gone down a rabbithole of Justin Theroux’s highly entertaining Insta stories and posts. A new feature called Screen Time allows you to monitor your app activity, presenting you with detailed daily and weekly reports of which apps you use most often, the time spent on each app, at what times you tend to be on your phone most, and even how often you pick up your phone. The goal is to get users to be more mindful of how and where they’re spending their time, and the feature allows you to self-impose time limits on those apps where you find yourself spending the most (unproductive) time. Of course, it allows the equivalent of a snooze button, by which you can extend the time limit if you choose. But that’s cheating right? 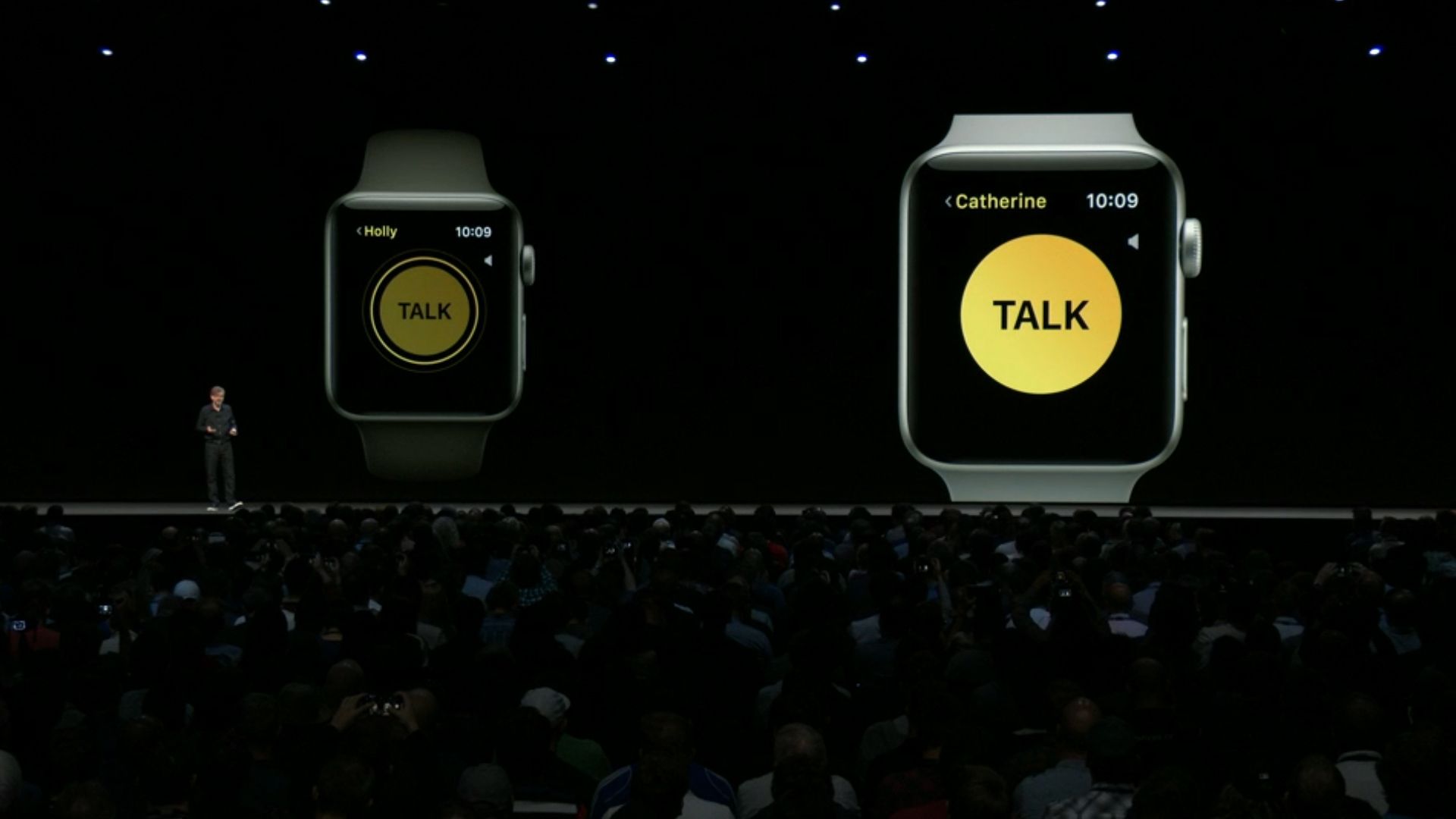 Just when you thought Walkie Talkies were a thing of the past, Apple devises a 21st century version of them, which involves tapping and recording an audio message into your Apple Watch, and shooting it off to someone in your contact list (provided that person, too, has an Apple Watch with the latest watchOS 5, also to be released next fall). That person can then listen to and respond with a quick voice message of their own. It’s basically like a live audio chat, which works over both Wi-Fi and cellular, perfect for when you’re running late to meet a friend at the movies, and pausing to write a text could mean the difference between getting popcorn or not. 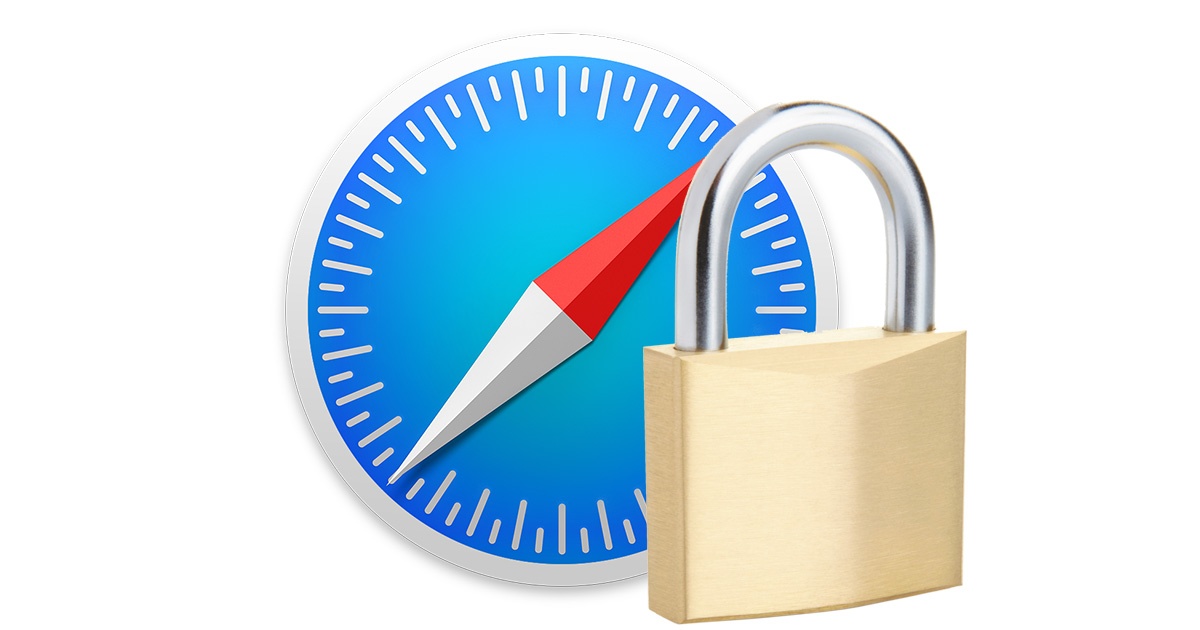 Digital privacy is a primary concern for any web user today, and the next iteration of Safari takes steps to ensure you’re a bit more protected than before. It will alert you when a website tries to access your cookies or other data—which is usually going on stealthily without your knowledge—and leave it up to you to decide whether or not to allow it. Safari will also prevent your device from being tracked by scrubbing out identifying features like your system’s configuration, plug-ins, fonts etc. It will also block tracking from Facebook widgets such as ‘like’ and ‘share’ buttons—“features that Facebook notoriously uses to harvest user behaviour data,” according to Wired. 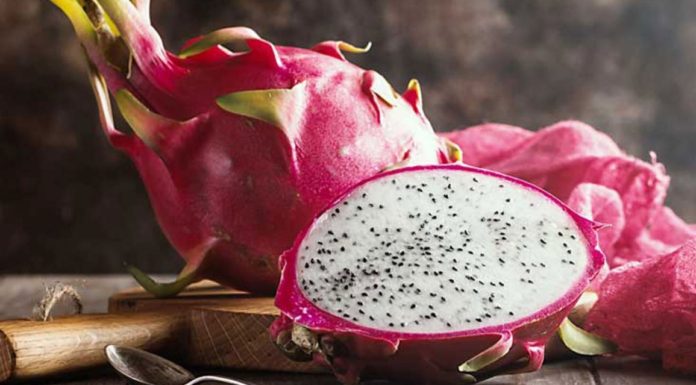