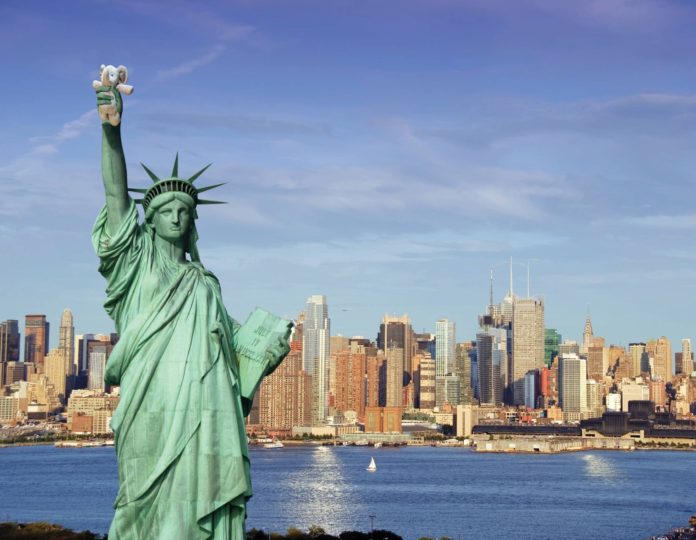 Scary! A woman has climbed to the foot of the Statue of Liberty in an apparent protest against Immigrations and Customs Enforcement. We’ve got the frightening pictures.

Police on safety lines arrested the woman who had refused to come around 7pm EST. She was remove via a ladder from the Statue of Liberty.

A woman began scaling our nation’s most famous landmark for immigrants by climbing up the Statue of Liberty on the afternoon of July 4. She wore a “Rise and Resist” t-shirt and caused the National Parks Service to evacuate visitors from Liberty Island. According to the New York Daily News, officials first thought that she was part of an anti-Immigration and Customs Enforcement protest sponsored by the group whose name appears on her shirt that was held on the island earlier in the day. However, members told the publication that the climber wasn’t part of their protest. She made it as far as the statue’s foot and police are now trying to talk her down.

The woman is currently sitting at Lady Liberty’s sandal and appeared to have unfurled a banner. Other protesters also shared a banner declaring “Abolish ICE” from the visitor’s promontory beneath the statue. Seven people have been arrested so far. “Liberty Island has been evacuated, and will remain closed to the public until further notice. All 4th of July celebrations in Manhattan and surrounding boroughs will be going ahead as scheduled though at this point in time,” a NYPD spokesperson tells HollywoodLife.com. The 42nd annual Macy’s Fireworks Spectacular is due to go off over the East River just before 9:30pm EST.

The poem written on the statue reads “Give me your tired, your poor, Your huddled masses yearning to breathe free, The wretched refuse of your teeming shore. Send these, the homeless, tempest-tossed to me, I lift my lamp beside the golden door!” It appeared to be the perfect location for protestors to decry President Donald Trump‘s zero tolerance immigration policy that led to thousand of migrant children being torn apart from their parents at the U.S.-Mexico border. Lady Liberty’s message directly contradicts what the Trump administration is doing right now. 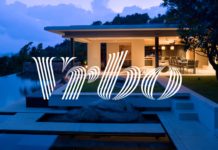 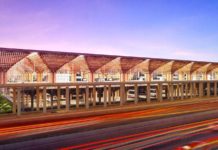 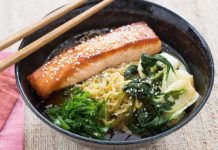