Katy Perry Gets Personal and Brings Her Biggest Hits to Small L.A. Show. “I love being a pop star,” Katy Perry said from the stage at the 1,600-seat Ace Theatre in Los Angeles at a small Los Angeles show Monday night. “But I also love being close to people.”

Lucky for Perry, she got to do just that at an intimate concert presented by Citi Sound Vault. The singer brought a high-energy show to the small venue and, in case there was any doubt about just how cozy it was, Perry lifted her armpit to the crowd and yelled, “You could smell me!” “You can see my tonsils,” she went on. “I still have my tonsils! This is intimate.”

Taking the stage with, in her own words, a “slime green” new hairdo and a leopard one-piece, Perry kicked off the show with “Hey Hey Hey,” a relatively deep cut off “Witness,” and “Chained to the Rhythm,” stopping for a little dance party in the middle of the song — which would become a pretty common theme throughout the night.

But after that, Perry mostly mined her older mega-hits for the concert. “Should I play all the songs from ‘Witness?’” she teased. “Sorry, we’re not going to do that.”

Instead, she played through some of her biggest hits, including “Teenage Dream,” “Hot and Cold,” and “Last Friday Night.” She switched up the arrangements on some of these radio recurrents; for “Hot and Cold,” Perry welded a pink electric guitar, and “I Kissed a Girl” got a rock twist as Perry stepped to the side and let her guitarist shred. As Perry reflected on the 10-year-old song, she remembered the “chaos” it caused when she released it — and how upset her parents were to hear that that would be her debut studio single. “No one had even heard of the Kinsey Scale,” she said of the time. “Now we’re just fluid.”

Perry, turning the Ace stage into a colorful, surreal bedroom, with her drummer sitting atop an over-sized fake dresser, hardly ever let the energy die down, zipping back and forth. And she took the opportunity to engage with the audience in a big way. On three separate occasions, she called someone from the audience to jump on stage and perform the rap verse on her songs. During “California Gurls,” after (literally) snatching the purple wig off one of the audience members, Perry welcomed another on stage to perform Snoop Dogg’s verse before playfully yelling, “Now get off the stage!”

She did it again for Juicy J’s part in “Dark Horse,” bringing up a young woman to rap as Perry filmed herself on the fan’s phone. And the purple-wigged fan got a chance to snatch Perry’s wig (figuratively) right back, nailing Nicki Minaj’s part in “Swish Swish” later in the show. “I feel like I should pick someone out of the crowd every time I need something covered,” she joked.

But Perry also took things down near the end of the show and got a little personal. Opening up about how she’s gone through an “emotional and spiritual” transformation in the past year, noting that “the music industry is going through something very strange,” she offered a little advice for the aspiring musicians in the room: stay true to yourself. “I don’t have any fear anymore … because I know who I am,” she told the crowd. “I believe in God she is incredible!” 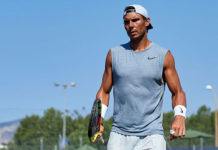 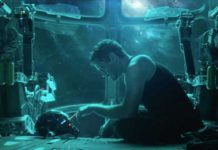 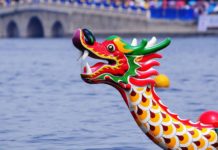