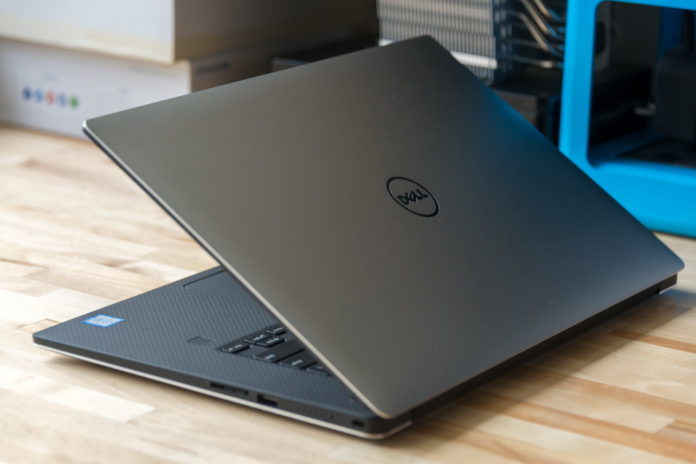 Dell XPS 15 has finally introduced by the company, the next iteration to the XPS series, the laptop came with many upgrades. The 15-inch laptop comprises a number of latest specification and feature that makes it a worthy competitor in the market. The last year launched 13 inch laptop from Dell needed many corrections from the maker. This made the tech giant come up with Dell XPS 15 to right some of the flaws that made the last version of the series not so successful. With the updated model Dell is not only giving a bigger screen but also providing some additional features to allure more users.

The Dell XPS 13 was the ultrabook from the company that had many problems including the battery issues and speaker problem. Fortunately, the company has solved all the problems with new upgrade and made sure to offer an amazing experience with Dell XPS 15.

Let’s check out our Dell XPS 15 review to know about the device and how it performs against the on-paper specifications,

Dell XPS 15 didn’t get much redesign work from the company as it looks almost similar to its predecessor. The Dell laptop got the same upper silver lid that covers the keyboard by folding over a rubber material at the edges of the Keyboard rest. The Keyboard of the laptop receives one of tweak it becomes more spacious and comfortable with smooth buttons. However, the key travel is still low for the fast typers and there is still a  clickable touchpad which is quite outdated compared to new generation laptop that owns a soundless click pad. The keypads overall works good compare the previous edition that has tightly packed buttons and very annoying to use during the games.

Along with this, Dell XPS 15 seems to be a little bit thin compared to its predecessor and also weighs a little less. The person who looks at Dell XPS 15 for the very first time it is quite hard to spot the difference until the one uses it. 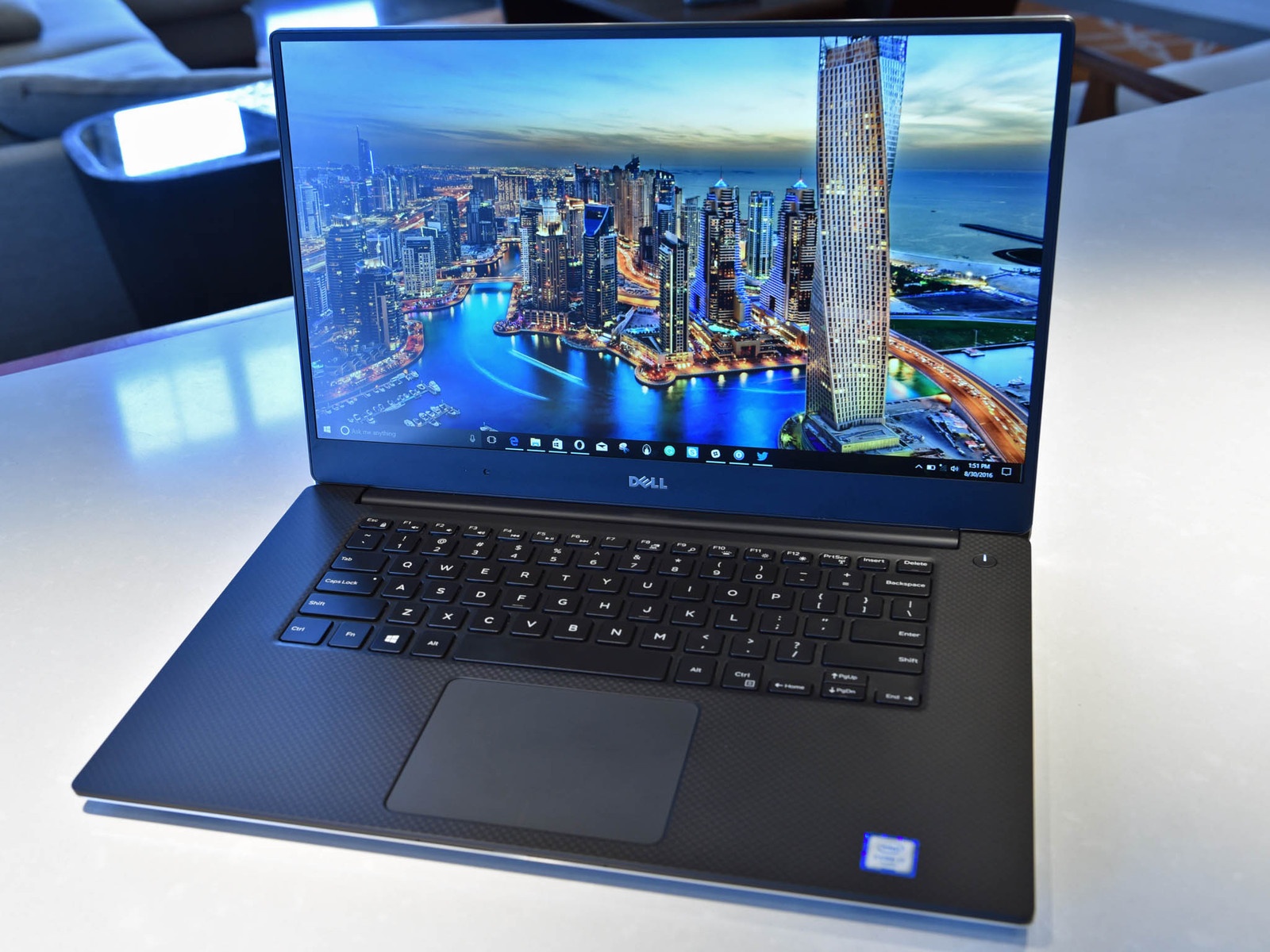 The top-notch model of Dell XPS 15 will get you the experience of a 4K screen that delivers a 2880 X 1800 pixel resolution. In addition, there is full touch screen and a fingerprint scanner on the model. The shorter bezel screen looks bigger when you actually start using the laptop. However, It due to short bezel the webcam of the laptop has been pushed towards the left top corner. Along with this the back side containing the processing unit of the laptop is quite heavy and designed well to filter out the heat on any surface. The 15-inch display looks quite big compared to the Dell XPS 13 and the 4K resolution will make you look at the videos forever. 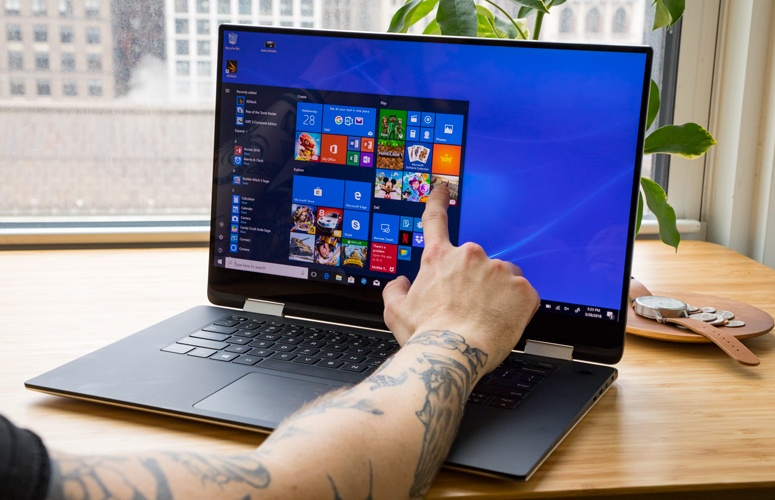 The upgraded Dell  XPS 15 is among the laptop that contains some of the latest hardware support from Dell. The company has taken care of the components to make sure that it competes well with all the other laptops in the same category. The laptop comprises a 2.8GHz Intel Core i7-7700HQ (quad-core, 6MB cache, up to 3.8GHz) CPU that is coupled with the 16GB DDR4 powerful RAM. The Dell laptop has given 512GB of space for storing the stuff of the user. Or connectivity the Dell XPS 15 contains 2 USB 3.0 port, 1 Thunderbolt 3 USB -C type with Powershare port and an HDMI 1.4, SD card reader, headset jack. For support, the high-end resolution content the Dell laptop is equipped with a Nvidia GeForce GTX 1050 (4GB GDDR5).

While testing the Dell laptop we have reviewed every feature and component thoroughly and came up with the number of points about the performance of the Dell XPS 15. One of them proves that the Dell XPS 15 isn’t made for the high-end gaming for the games like Grand-Theft Auto. Trying the game even with the lowest resolution settings won’t take you anywhere near to the uninterrupted experience. Otherwise, the 16GB RAM makes the laptop to work lightning fast without any trouble and you will be able to switch the tasks and windows regularly. The display is soft that keep your eyes unharmed even if you decide to operate it for a whole day. Coming to the battery, we also experienced improvement while operating the device. The battery supports the Dell laptop almost for 3 hours and 30 minutes on our watch which was way better than the Dell XPS 13 that lasted only for 1 hour and 50 minutes. 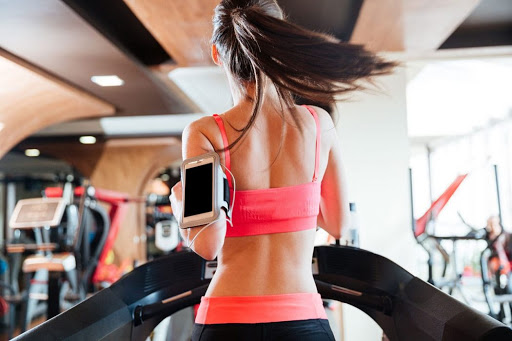