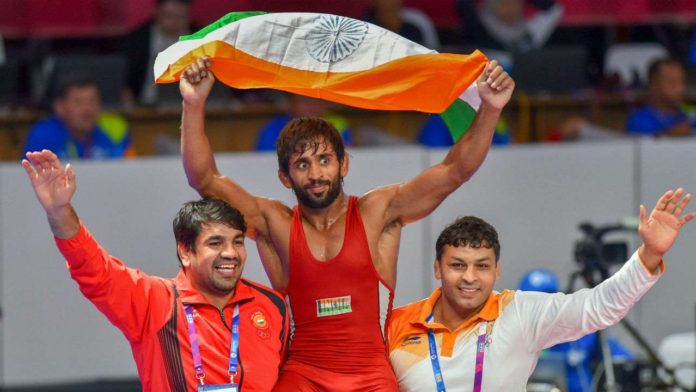 Rising stature of Bajrang Punia as the flag-bearer of Indian wrestling received a tremendous boost when he won India’s first gold medal at the Asian Games in Jakarta on Sunday night. The 24-year-old’s gold-winning feat in the 65kg class was the potion that the Indian contingent needed on a day when Sushil Kumar suffered the ignominy of a first-round exit in the 74kg category.

The manner in which Bajrang Punia handled pressure was monk-like. For days, all talks have veered around how he, and not Sushil, was a gold medal favourite. He shut himself away from media glare , preferring to concentrate on his preparation for his biggest campaign so far. But, more importantly, he had to battle self-doubt that would cloud his mind during close matches.

Of course, it needed him to strain his every sinew to beat the Japanese grappler Daichi Takatani’s challenge. Every muscle in his body stood the test of strength. Yet, the manner in which his hands, torso and legs were servants to his mind on Sunday evening, was the best part of his conquest of the Japanese. He breezed his way to the final and showcased his determination in the title round.

In fact, he appeared mentally prepared for the intense duel. For, he had watched Takatani came through to the final from the lower half and knew this was a completely different and motivated wrestler to the one he had beaten in the early rounds in the World Cadet Wrestling Championships seven years ago.

Their meeting in the final of the 2017 Asian Indoor and Martial Arts Games in Ashgabat, had been a non-starter owing to Takatani’s injury. But the Japanese had got the better of him in the Asian Championship in Bishkek, Kyrgyzstan, earlier this year. Punia had to work very hard to not repeat the errors he had made in that 5-7 defeat.

He was determined to prove that he was the superior of the two wrestlers in the class. It was a veritable humdinger, one in which the Japanese gave the Jhajjar-born 24-year-old a run for his money. Bajrang Punia had to put up tight defence each time the Japanese went for his legs and tried to throw him down, while looking for opportunities to stay ahead as well.

It was a bout worthy of its stature as an Asian Games final.The no-quarters-asked-none-given clash kept the spectators on the edge of their seats. The frenetic pace of the bout meant that there was no time for anyone watching it, to even think in terms of chewing their fingernails off. The quality of the contest was such that even at 10-8, Bajrang Punia would have been unsure of victory.

The Japanese made one last throw of the dice a protest after Bajrang Punia and all Indians believed that the gold was sealed. Takatani lay on the mat, clutching his knees (and straw) for a while before the protest was taken up. He strolled close to the large screen, on which the replay was being shown, perhaps hoping against hope that the cameras would have caught something.

And then, it was all over. The protest was overruled and when the officials ruled in Bajrang’s favour, Takatani held the Indian in a warm embrace. For six minutes that seemed to stretch forever, they were at one another’s throats, but this hug after the result was declared was a poignant moment that would remain embedded in the minds of all those who respect and admire sportsmanship.

Bajrang held his arms aloft, got a tri-colour and wrap it around his shoulders before being hoisted by a couple of team officials for a little victory lap on the mat. It was a gold he was determined to win, for himself and for his mentor Yogeshwar Dutt. What he probably has not realised yet, is that he has effectively taken the mantle from his illustrious seniors.

Even Sushil Kumar, easily one of the biggest legends in Indian sport with his two Olympic Games medals, would concede that his friend Yogeshwar Dutt’s protégé deserves the spotlight that he has trained upon himself with his consistency — as the Asian Championship crown in Delhi and the Asian Indoor Games gold last year showed. The Kyrgyzstan blot had to be erased.

Of course, Punia also had to keep his tryst with the Asian Games gold medal. Back in 2014, he had ended up with the silver after a defeat to Iran’s Masoud Esmaeilpur in the 61kg class. Fighting in the 65kg class in Jakarta, he helped India retain their grip on the gold that Yogeshwar Dutt had won. It was almost, as if, he was fighting to keep control over a family heirloom.

By exorcising the demons clouding his mind after losses in close bouts including in the World Championships in Las Vegas, where he finished outside the medals, Punia secured a victory that went way beyond the title bout itself. Indeed, with this gold medal, he has indelibly etched his name in the collective consciousness of India’s sports fans. 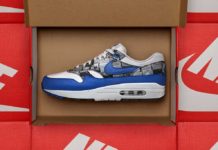 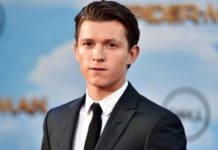 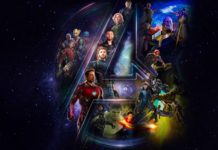 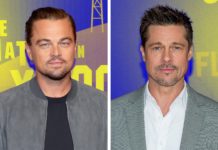