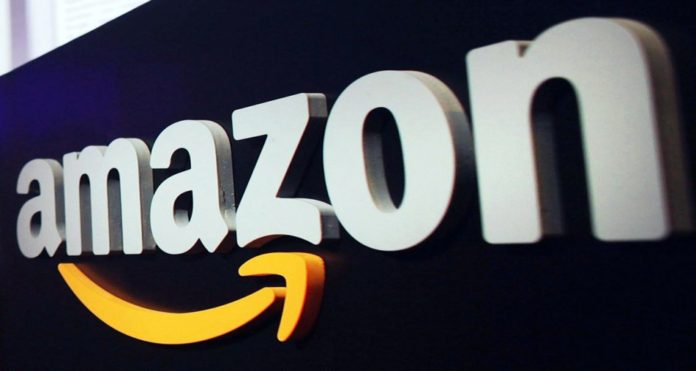 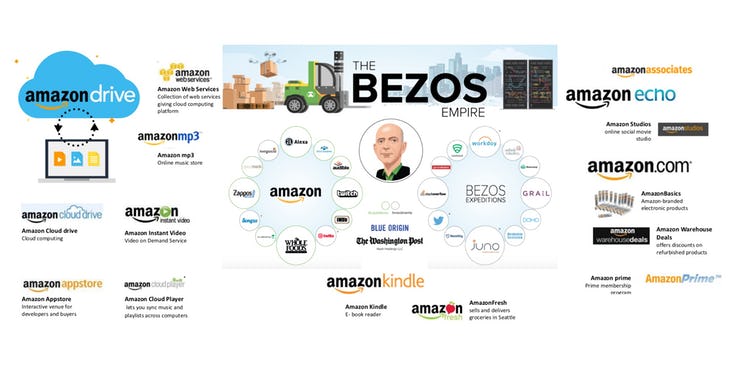 They also own a number of food brands owned by Amazon including Happy Belly that makes snacks, Single Cow Burger for frozen food, Wickedly Prime foods, WholeFoods for groceries, and Wag for dog food.

Baby products are made by the Mama Bear brand. Tech accessories are offered by the Nupro. Bedding and linen are made by Pike Street and Pinon. Presto is a paper products company trying to challenge the industry leader Bounty. Hardware and spare parts are offered by Small Parts, and if you need furniture, they own Strathwood. They even gobbled up other shopping sites like Shopbop.

Amazon makes its own brands to create more customer loyalty and have people want to come back to them again and again. Some brands are bought by Amazon for their web traffic such as the Internet Movie Database (IMDB), Alexa, Box Office Mojo, and Goodreads. 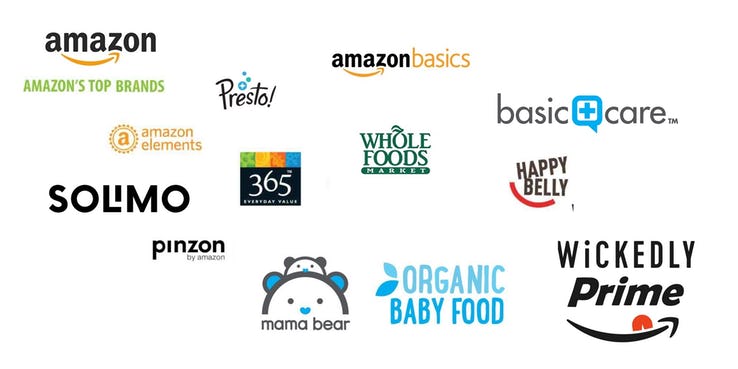 With over $178 billion in annual revenue for 2017 that comes from online retail sales plus 90 companies owned by Amazon and the registration of over 400 trademarks, the company is well on its way to becoming the first company in the world valued at $1 trillion dollars as reported by Statistica.

That shouldn’t be a surprise though, Amazon CEO Jeff Bezos, is the richest man in the world, and you don’t reach those heights without owning something worth a lot of money. Still, even we didn’t expect Amazon to own that many companies! 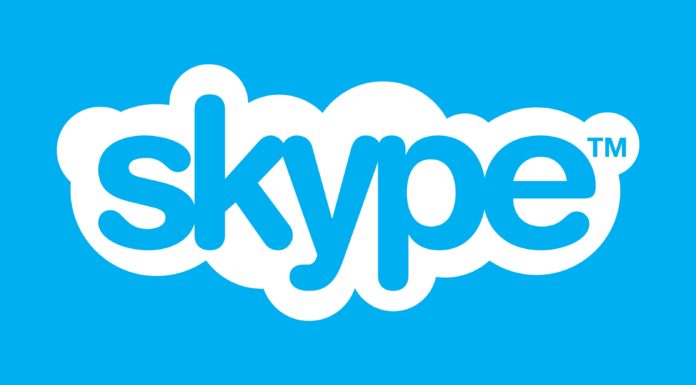