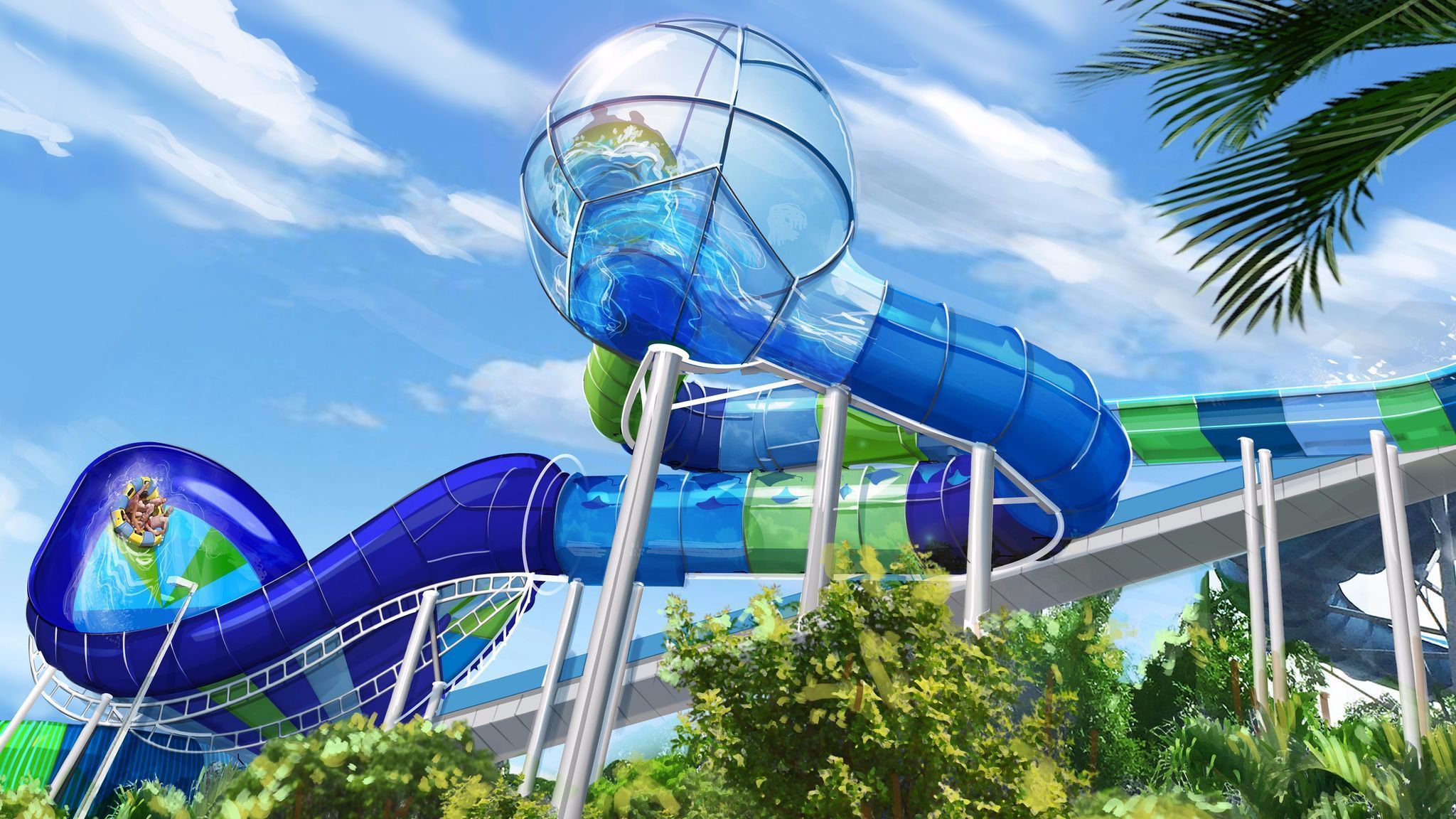 One enormous wave pool obviously wasn’t enough for the team behind Aquatica, so they built two, side by side. Elsewhere, the Dolphin Plunge water slide takes passengers on a white-knuckle ride through a dolphin-filled aquarium and riders brave enough to take on the Omaka Rocka blast down a series of flumes and funnels. There’s a sandy beach covered with 1,360 tons of soft, white sand and South Seas-inspired gardens with more than 60,000 species of plants. 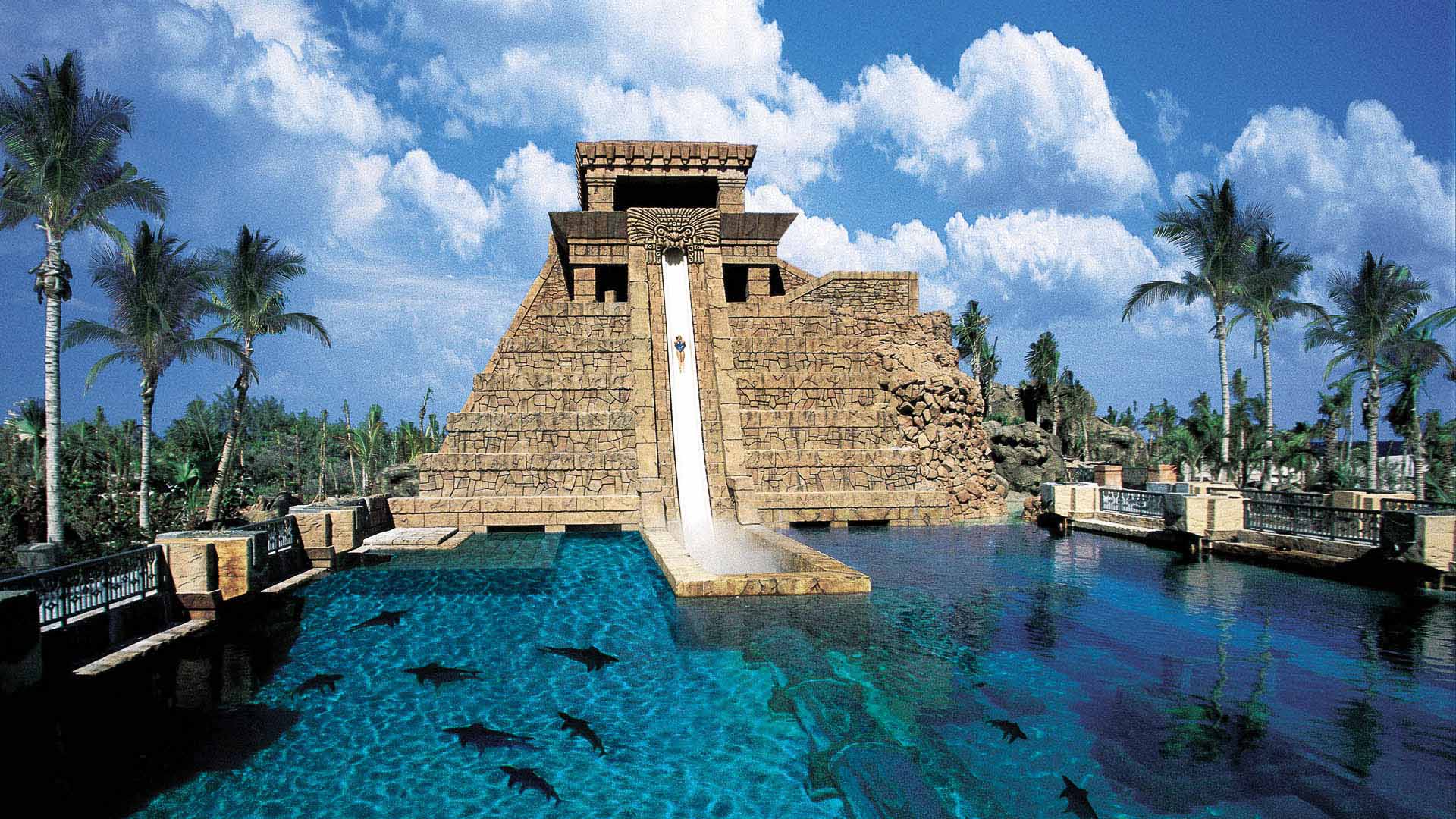 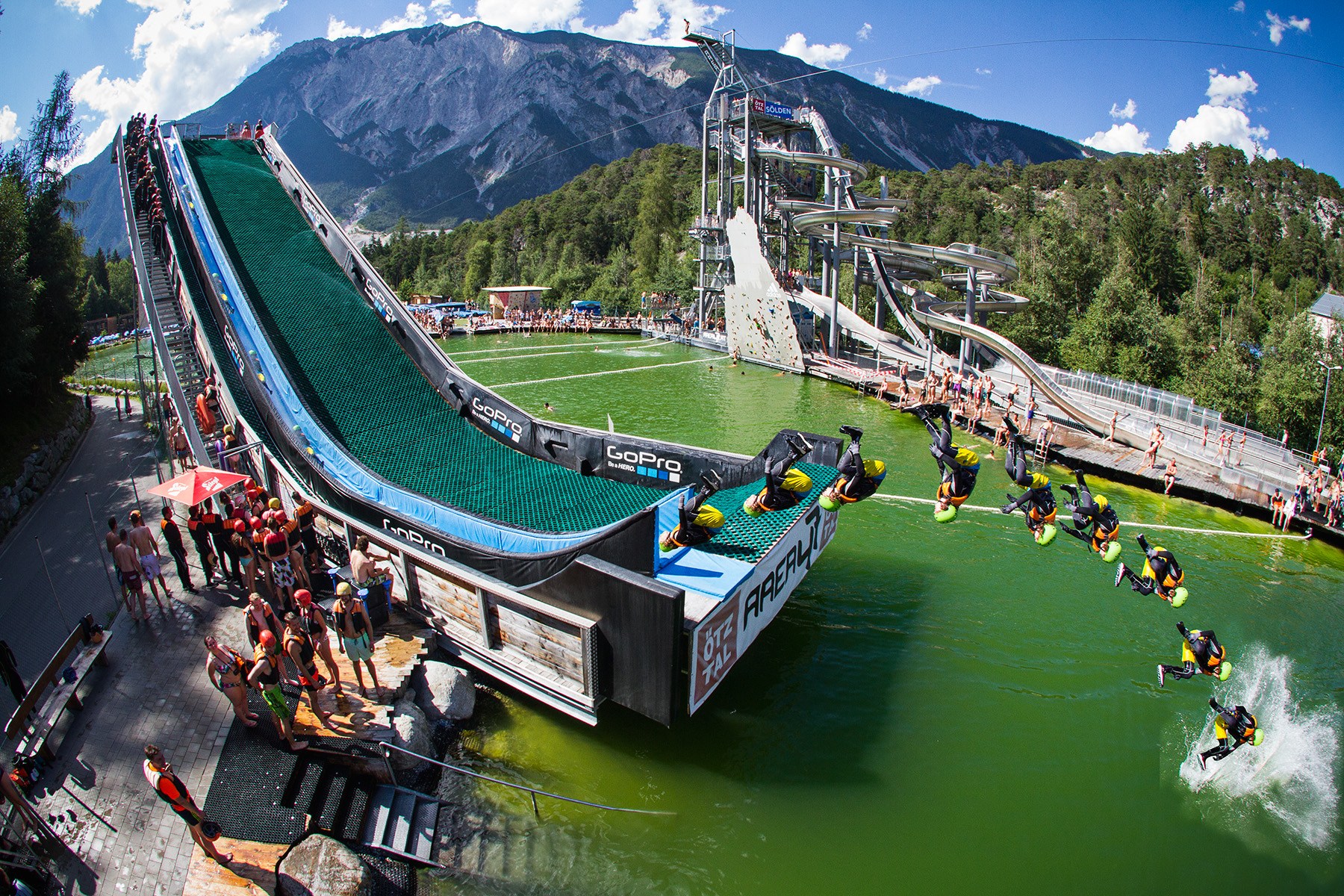 An Alpine lake is the location for this outdoor water park, which opens from April to the end of September. There are water rides, a diving tower and a hydro-speed slide. On dry land there’s a high-ropes course, bridge swing and climbing wall. 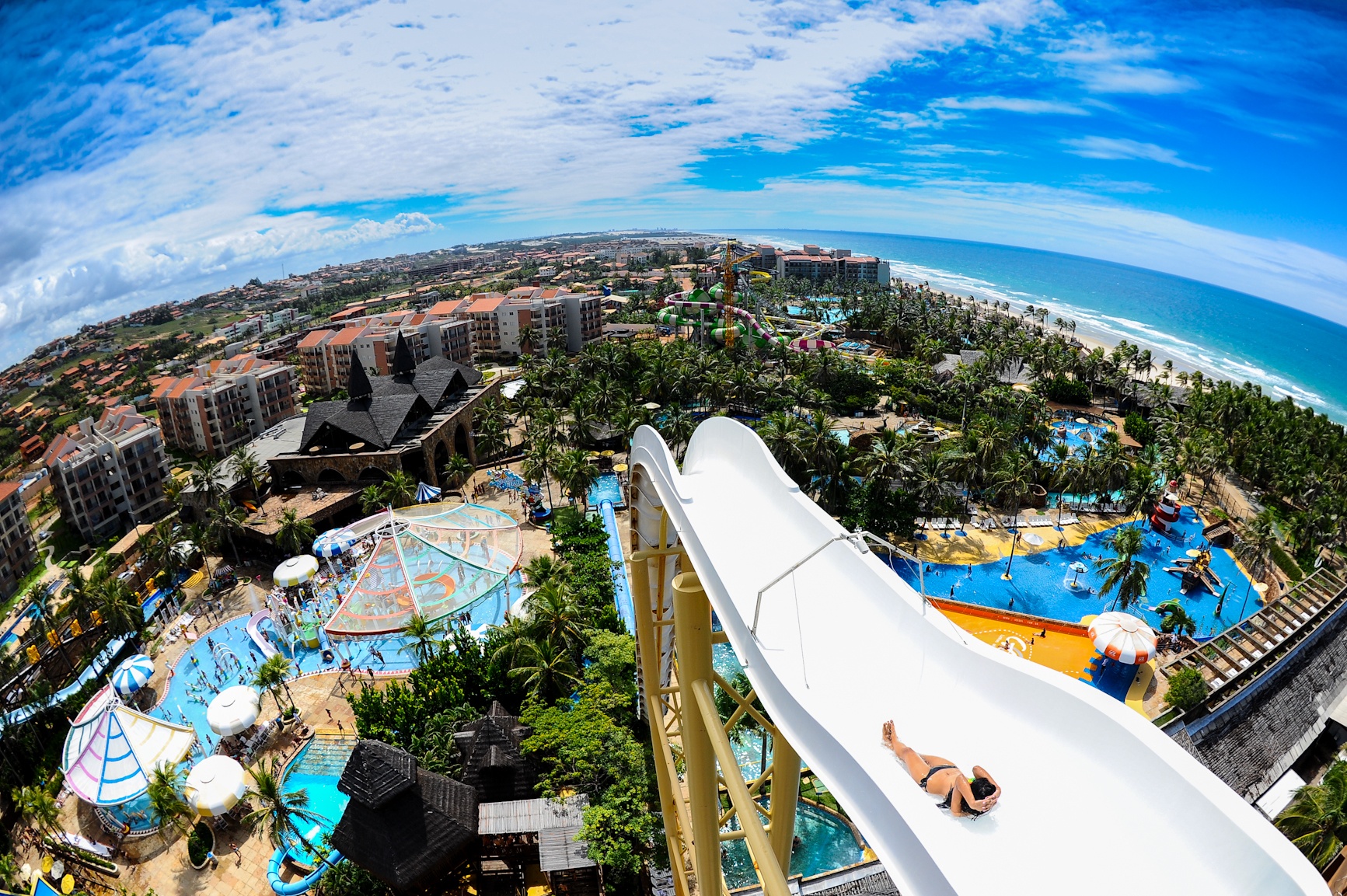 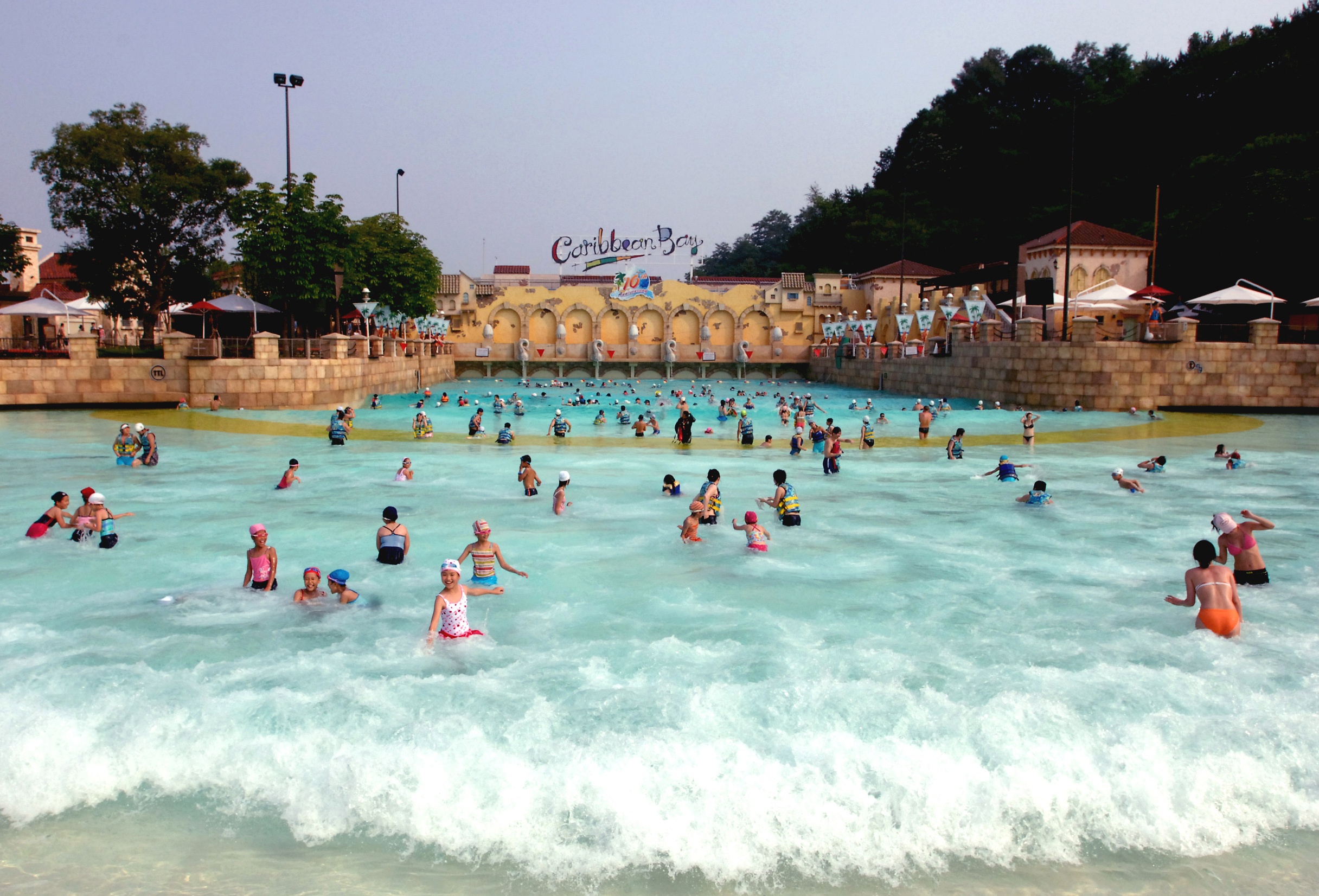 You’ll find four looping water slides and an enormous wave pool at this South Korean water park, alongside more traditional attractions such as hot spring pools. Exhausted visitors can power nap in one of the water park’s sleeping rooms, which have purified air and beds carved from energy-boosting jade.

Siam Park is a Thai-themed water park on the island of Tenerife. The park’s most popular ride is the 91-foot-high (27 meters) Tower of Power, on which riders plunge down a vertical drop before shooting through an aquarium filled with stingrays and sharks. A lazy river and surf lessons in the park’s wave pool offer slightly more sedate activities. 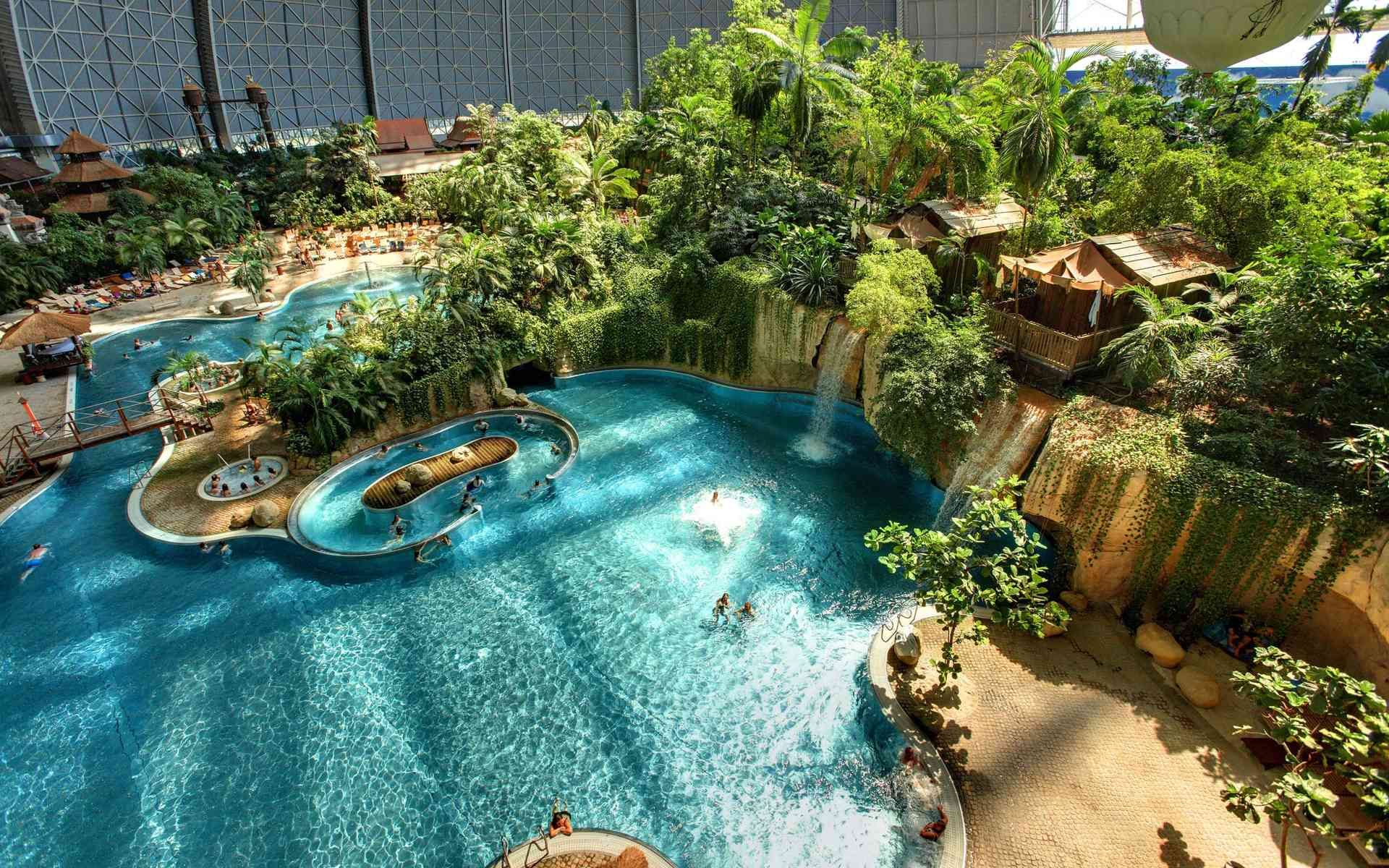 Housed inside the largest free-standing hall in the world — the structure was originally built as a hangar for dirigibles — Tropical Islands can accommodate 6,000 visitors a day and has one of the world’s largest indoor pools, measuring 656 feet (200 meters) in length.
Away from the water, there’s a rainforest with 50,000 plants, a hotel and a nightclub. It’s even possible to go for a balloon ride — all without stepping outside. 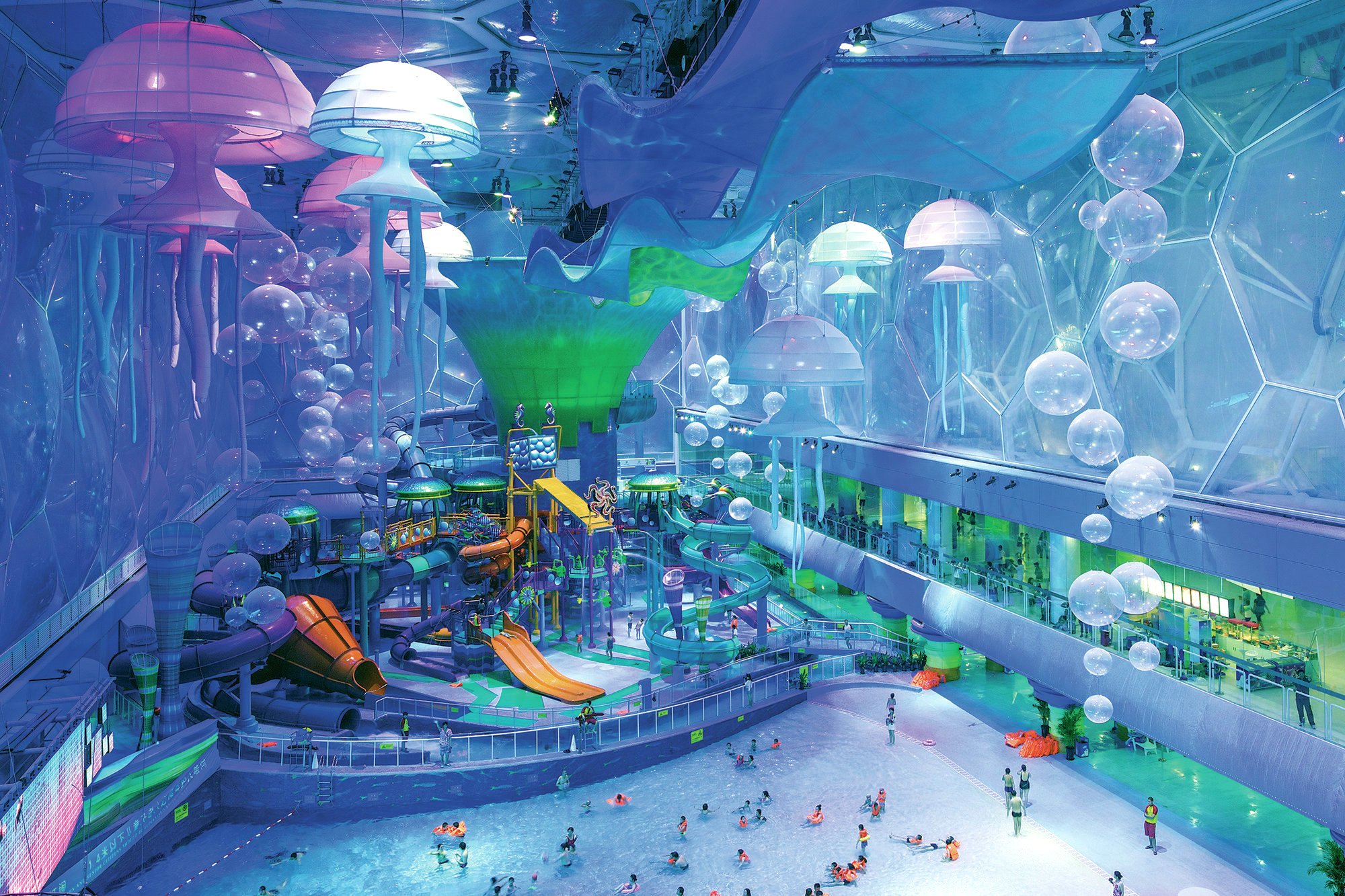 All of the rides at Watercube Waterpark were designed overseas and shipped in. Highlights include the funnel-shaped Tornado ride, Aqualoop slide and Bulletbowl, where riders shoot down an enclosed slide into a huge bowl. Visitors should keep an eye out for the enormous jellyfish and clouds of bubbles suspended from the ceiling. 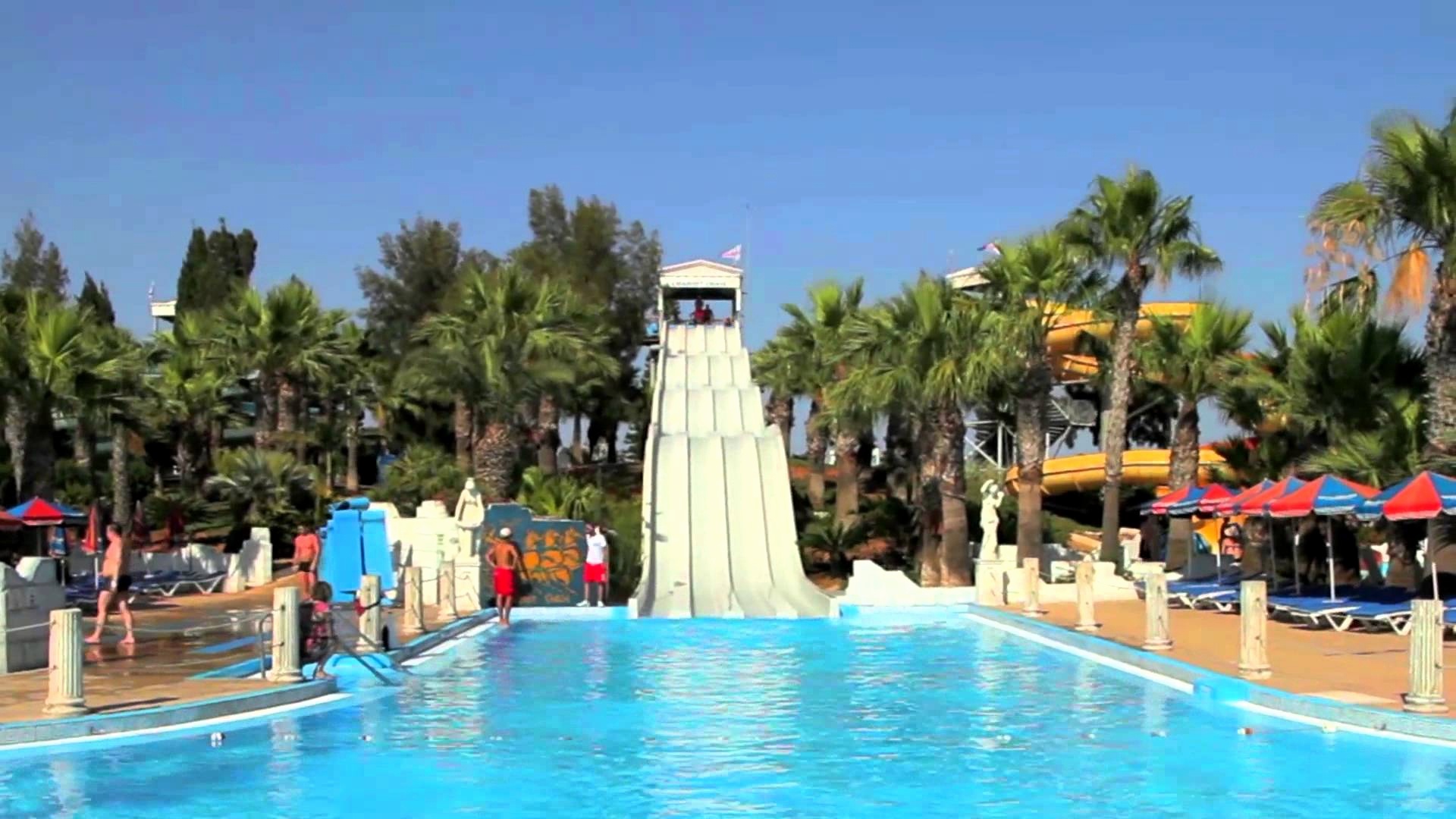 Foam parties aren’t the only way to cool off in Ayia Napa. The WaterWorld Water Park has a Grecian theme, with lots of pillars and Trojan horse-shaped monuments. Poseidon’s Wave Pool has Greek ruins, geysers and shipwrecks, the River Odyssey lazy river has crumbling stone pillars and the vertigo-inducing Drop to Atlantis shoots riders out of an enormous Roman temple. 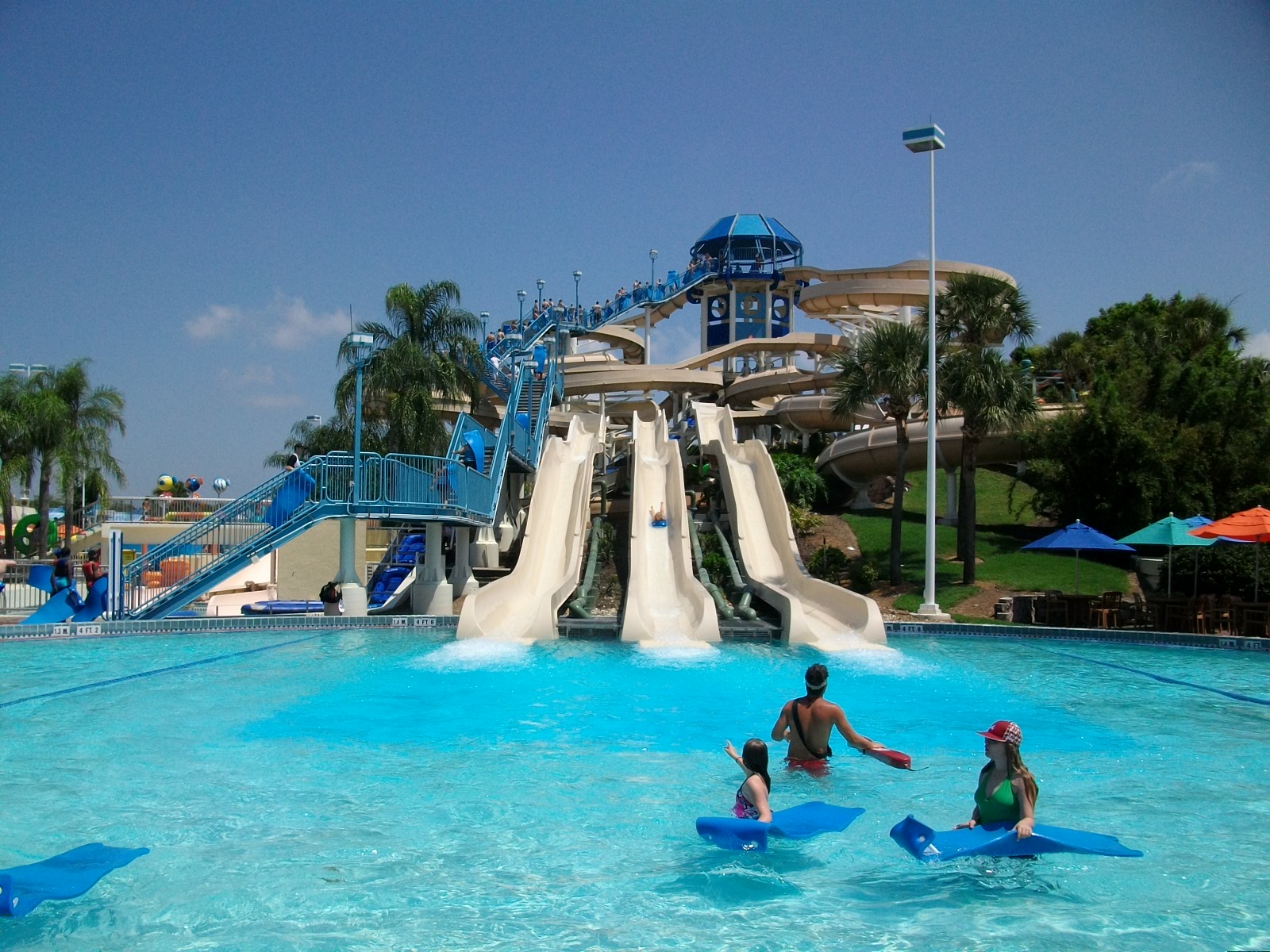 Visitors are spoiled for choice at Wet ‘n Wild. In addition to various scream-fest water rides, there’s a huge sandcastle-themed children’s area (reportedly the largest family water play area in Florida), a wave pool and lazy river. One the most popular rides is Disco H20. Passengers on this four-person tube ride float along to a soundtrack of 1970s hits accompanied by disco balls and flashing lights. 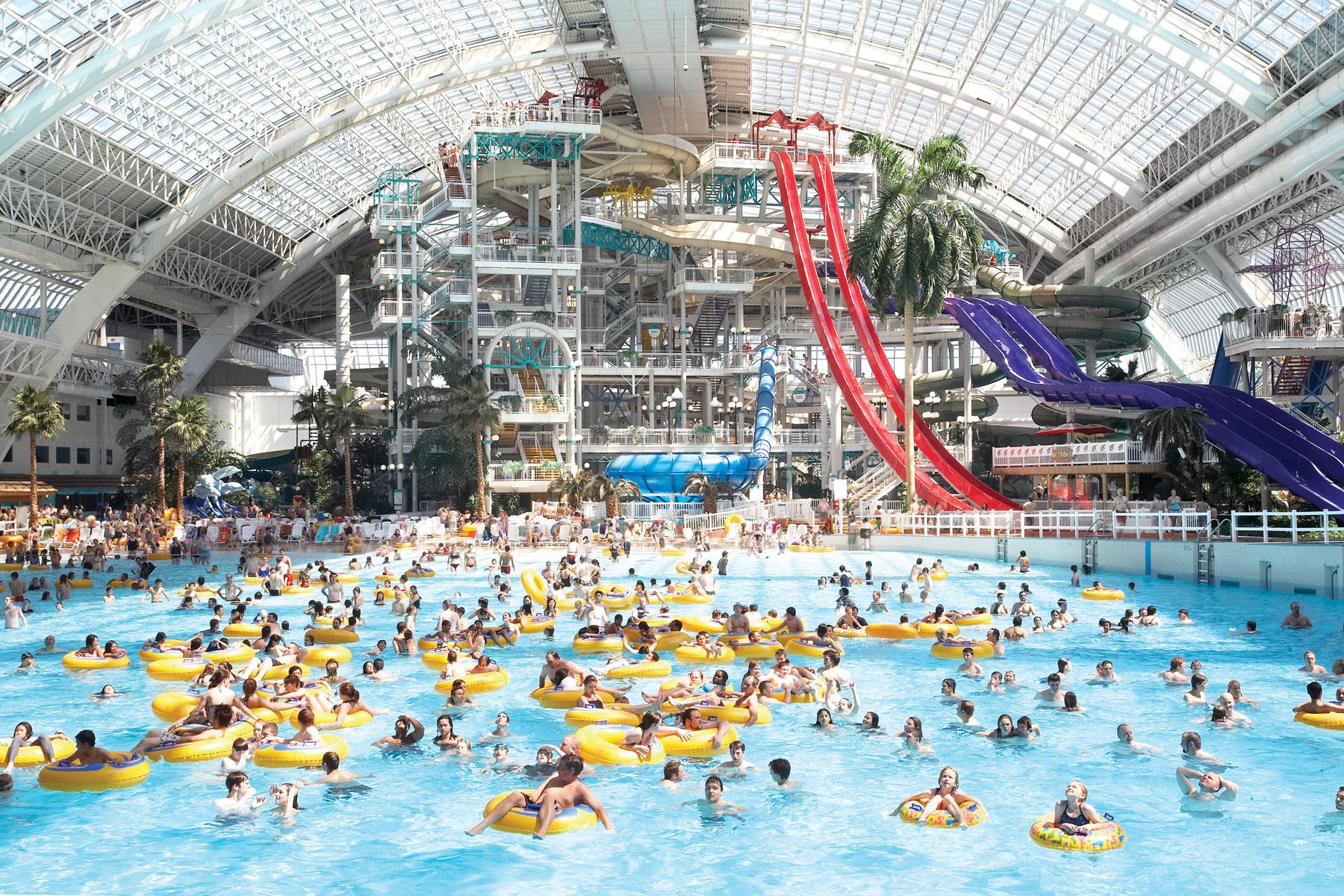 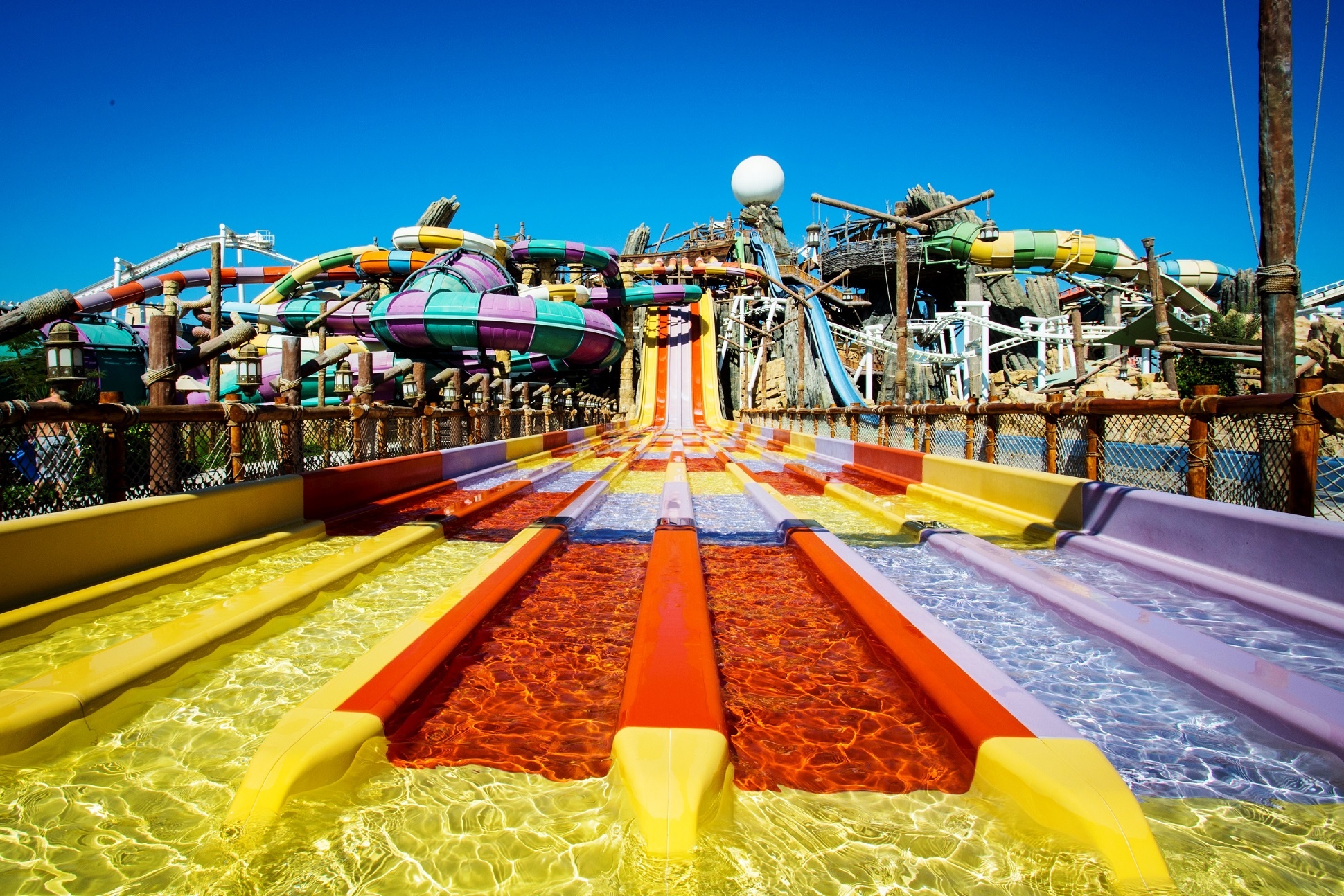 Opened in 2013, Yas Waterworld has 43 rides and attractions, including five unique water slides created specially for the park. These include Dawwama, the world’s first hydro-magnetic-powered water slide (the hydro-magnetic technology offers a longer, smoother ride, according to the manufacturer) and the Bandit Bomber, a 1,804-foot-long (550-meter) water coaster. Visitors can hang ten on the world’s largest FlowBarrel surf simulator, or take a spin on Liwa Loop — the Middle East’s only looping water slide. 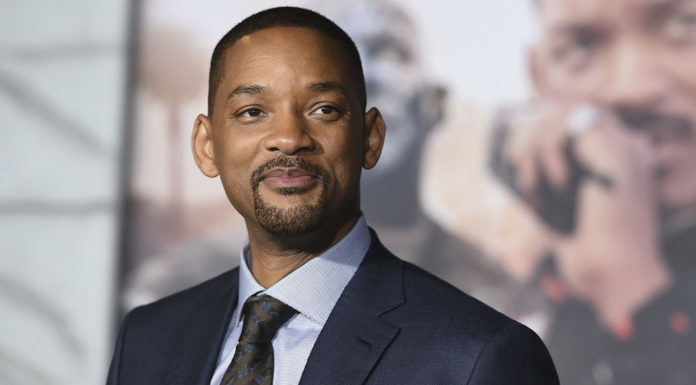