Roller coasters have been the focal point of theme parks for decades, often singlehandedly making or breaking a venue’s reputation for death-defying fun.

While there has been the occasional accident — and even a groovy 1970’s disaster movie — these steel and wooden adrenaline boosters offer a ticket to real-life action-adventure in a safe and controlled environment.

But with close to 4,000 documented roller coasters in the world, according to the Roller Coaster Database Census Report, how do you know which ones to try out before you die, and which ones simply aren’t worth the time? 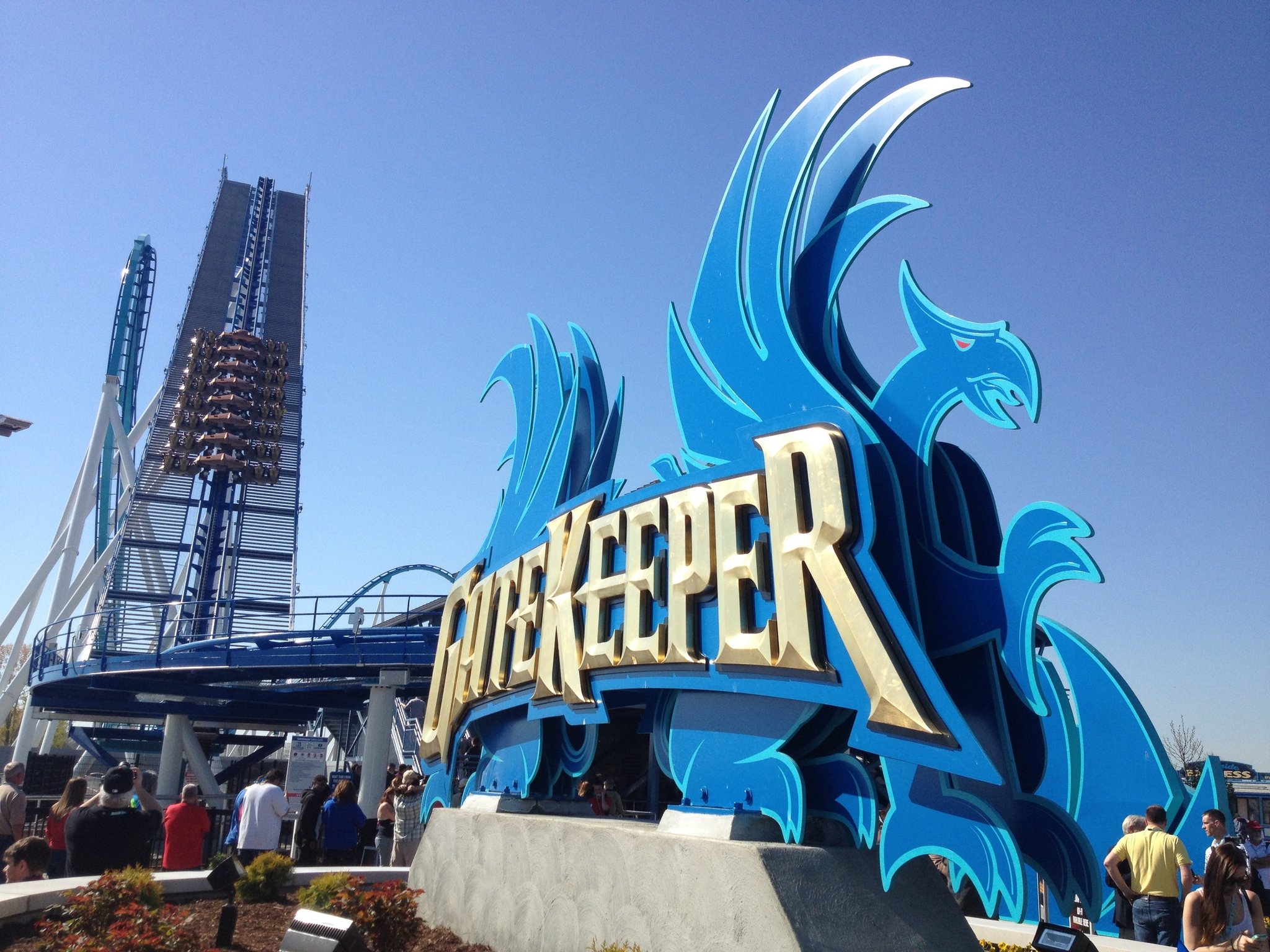 Backstory: The GateKeeper is a $30 million steel roller coaster that opened on May 11, 2013. Another creation of Bolliger & Mabillard, it was only the fifth Wing Coaster when constructed. A “Wing Coaster” is designed so that two riders are side-by-side with the track between them and nothing above or below, thus creating a “dangling” effect for the passengers.

What makes it awesome: Other than Wing Coasters being awesome by their very nature, this one has a very special claim to fame. It features the No. 1 tallest inversion of any roller coaster in the world. It is what those in the industry call a “dive drop,” in which a half-inline twist is performed at the top of a lift hill, which leads into the initial drop.

Backstory: While the Lightning Rod will open on March 19, 2016, and thus hasn’t had any riders at this time, it has the pedigree to belong on this list. For starters, Rocky Mountain Construction is in charge of the manufacturing. Also, Alan Schilke is running the design. This is the same team behind Goliath.

What makes it awesome: With the Lightning Rod now finished and through with its test runs, the coaster can safely lay claim to the distinction of tallest wooden roller coaster in the world at 206 feet in height. It is also the fastest wooden coaster at 73 miles per hour, and the No. 2 for longest drop (165 feet). Last but not least, it places fifth in the “steepest” category with a 73-degree MVA. 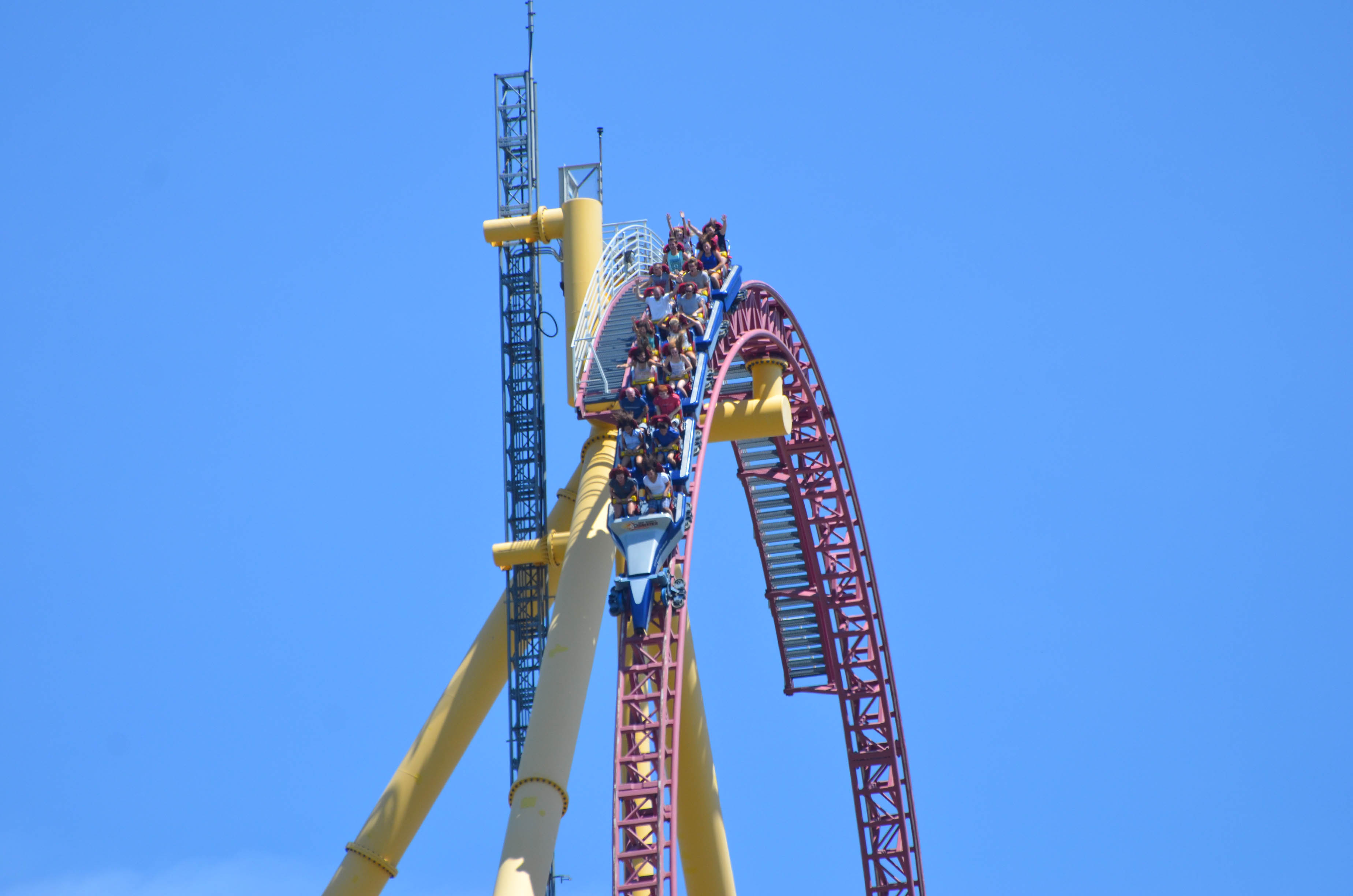 Backstory: The Top Thrill Dragster from Intamin and designer Werner Stengel was built to replace Chaos and Troika for Cedar Point, and is the 16th roller coaster in the amusement park since Blue Streak debuted in 1964. Planning began in 2000 and cost $25 million to bring to fruition.

What makes it awesome: The Dragster scores well in the three main pants-wetting categories — tallest, fastest, and longest drop. Breaking it down further, it stands 420 feet tall and features a 400-ft. drop, reaching top speeds of 120 miles per hour. Industry insiders call it a “strata coaster,” a term that refers to coasters 400 feet or taller that complete a full circuit. It is one of only two in the world, with the second being the similarly dispositioned Kingda Ka — both incredible rides that would have higher ratings if they weren’t as short as they are. 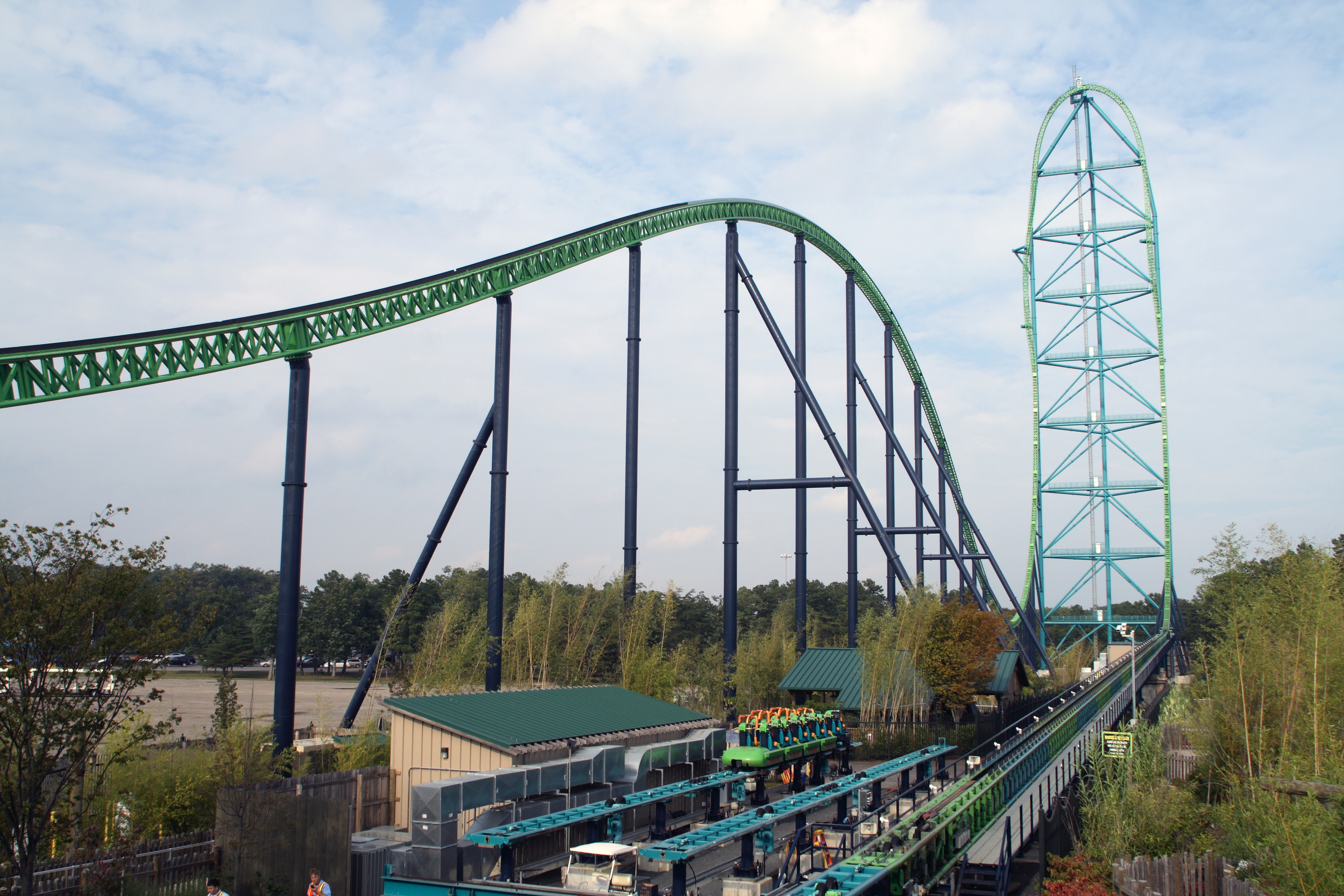 Backstory: Kingda Ka opened to the public on May 21, 2005. It was designed by Werner Stengel, built by Stakotra, and overseen by Intamin. It is a steel accelerator roller coaster and the second of only two strata coasters in existence (400+ feet in height). Incidents have all been minor over the coaster’s 11 years of existence with a bolt failure that prevented proper speed acceleration, a lightning strike, and unspecified damage from Hurricane Irene being included in the mischief. The worst, however, was a bird that struck a boy resulting in a minor injury in 2012 — not something you can really lay at the feet of engineering.

What makes it awesome: Well, it only lasts about 30 seconds, so that’s kind of a bummer, but it’s a pretty intense 30 seconds. That’s because, at 456 feet tall and 128 miles per hour with a 90-degree max vertical angle, this is the tallest and fastest roller coaster in the world. That’s right. The world. Records it has held for more than a decade. 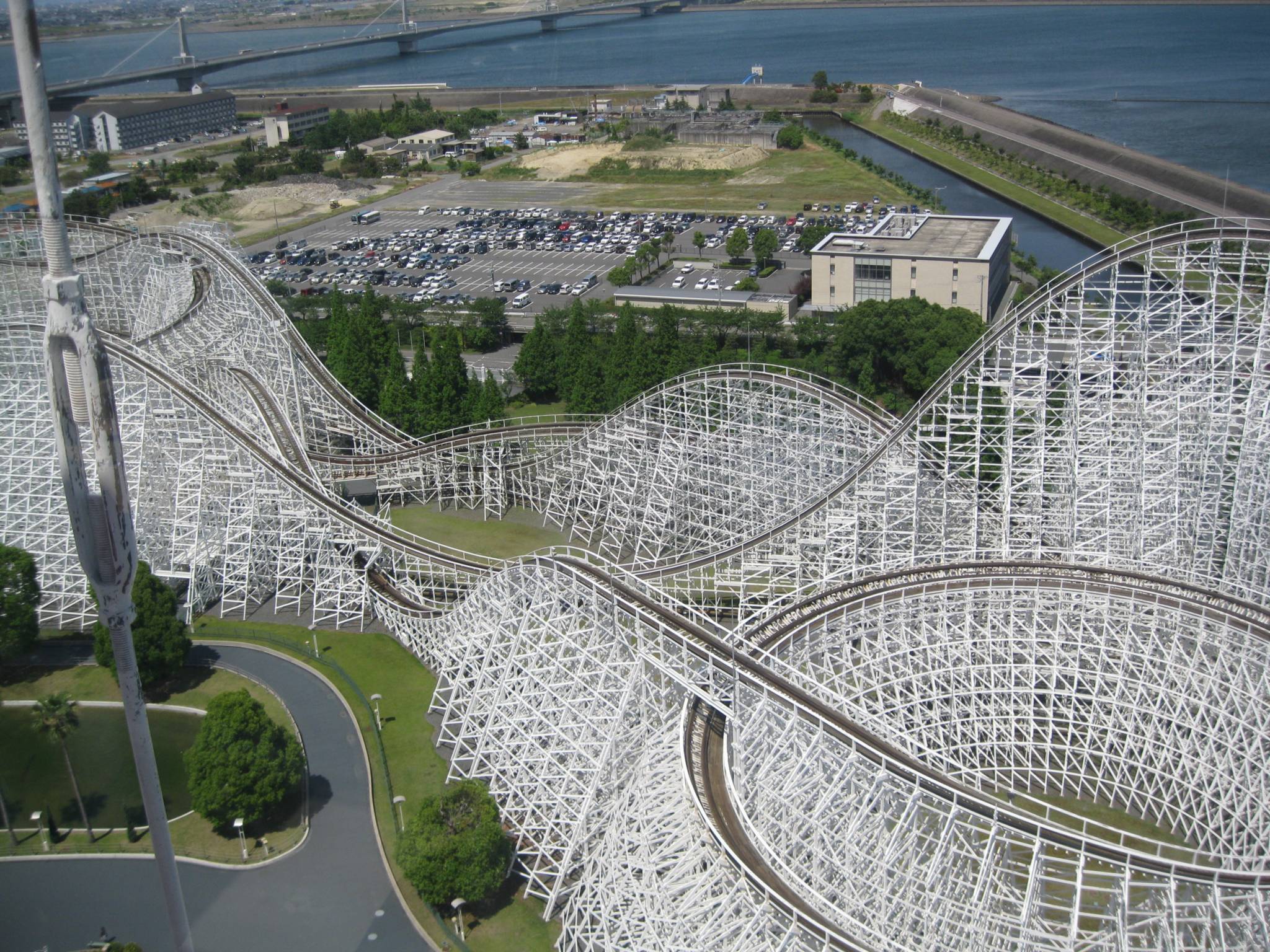 Backstory: The Steel Dragon 2000 is one of few roller coasters on this list to actually have an incident. Such cases on coasters are decidedly rare, and when they do occur, they can be deadly. Thankfully, what happened with the Steel Dragon 2000 produced no fatalities, though there were two injuries. As a result, it sat “Standing But Not Operating” for three years before reopening in 2006, and has remained active ever since. Its initial opening was on Aug. 1, 2000.

What makes it awesome: Most roller coasters are done in less than two minutes, but as the longest roller coaster in the world — 8,133 feet — it lasts a money’s-worth four minutes. Along the way, you will reach heights of 318 feet, one big drop of 307 feet, and dizzying top speeds of 95 miles per hour. 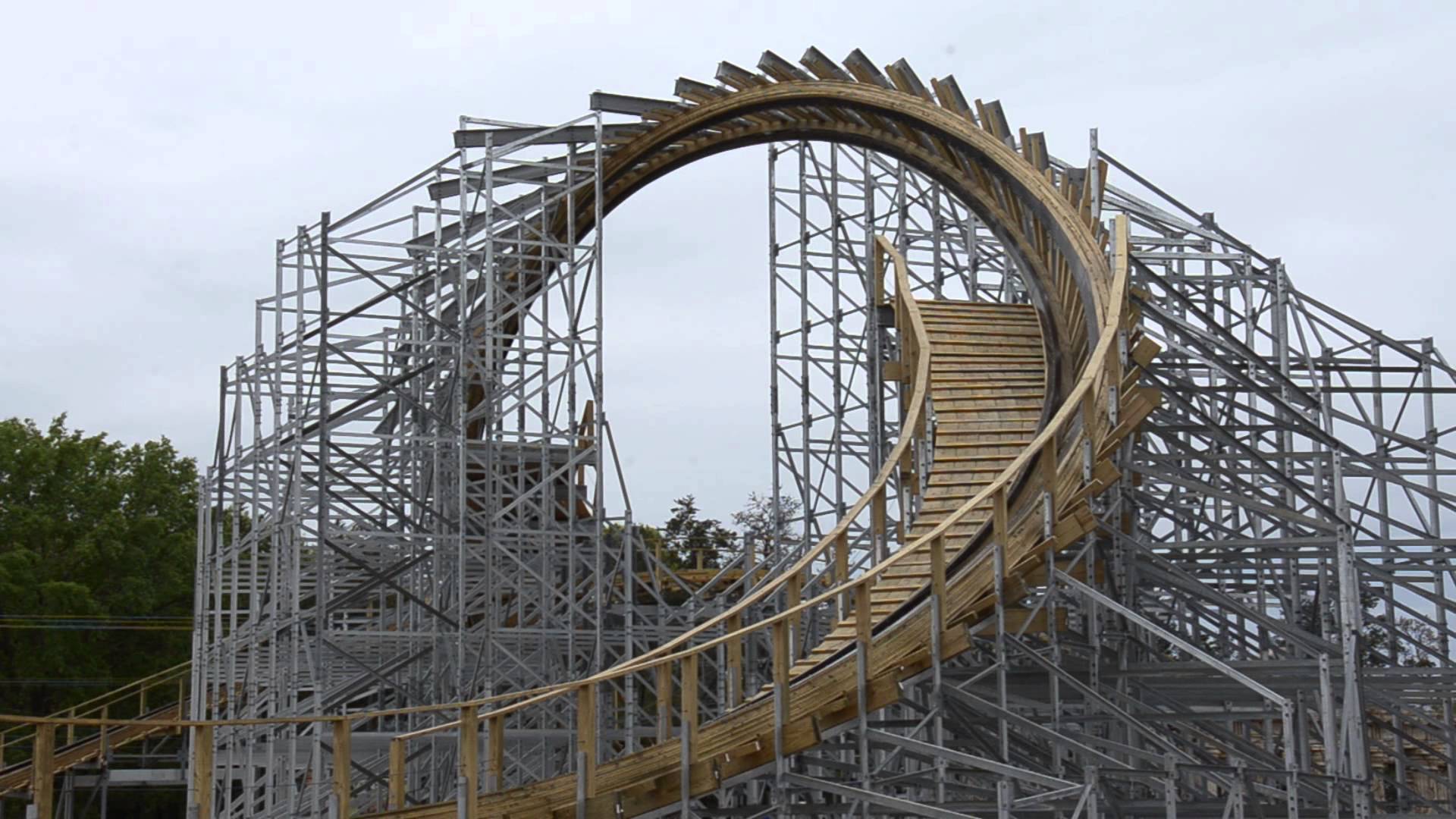 Backstory: Hades 360, formerly known as just Hades, won those last three digits in 2013 when the island of track in the parking lot was rebuilt to include a corkscrew inversion and a 110 degree over-banked turn, according to the RCDB. It was designed and manufactured by The Gravity Group, initially opening to the public on May 14, 2005, before reopening with the added inversion almost eight years later to-the-day.

What makes it awesome: The added inversion is a true marvel of dizziness, but the wooden-steel giant also has some other elements working in its favor — 136 feet tall, a 140-ft. drop at a MVA of 65 degrees, and top speeds of 60 miles per hour. It also delivers a corkscrew, a 110-degree overbanked curve, and an 800-ft. long tunnel. Great staying power in the world of coasters, consistent placement among the best roller coasters in the world, and a spotless safety record. 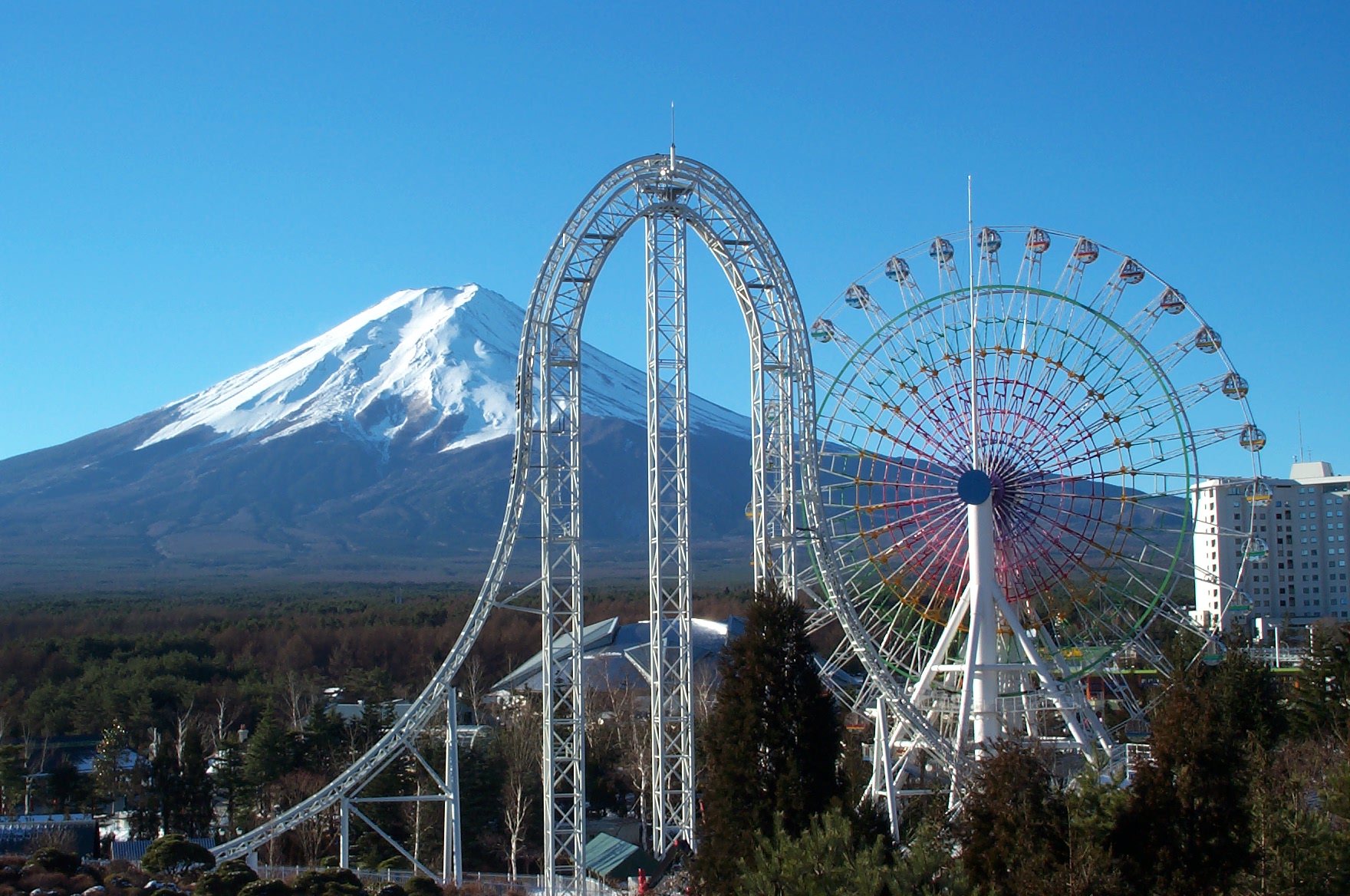 Backstory: S&S Worldwide is the group behind this steel roller coaster. They are the company responsible for the popular El Loco series. This particular entry on our list of the best roller coasters in the world opened on Dec. 21, 2001.

What makes it awesome: The Dodonpa features a compressed air launch to heighten the senses from the very beginning. It follows that with a 171-ft. height and a 160-ft. drop, reaching top speeds of 107 miles per hour. Suffice it to say, if you have a problem with things high-up and things that go really fast, this may not be the ride for you. Coaster enthusiasts, on the other hand, should love it. 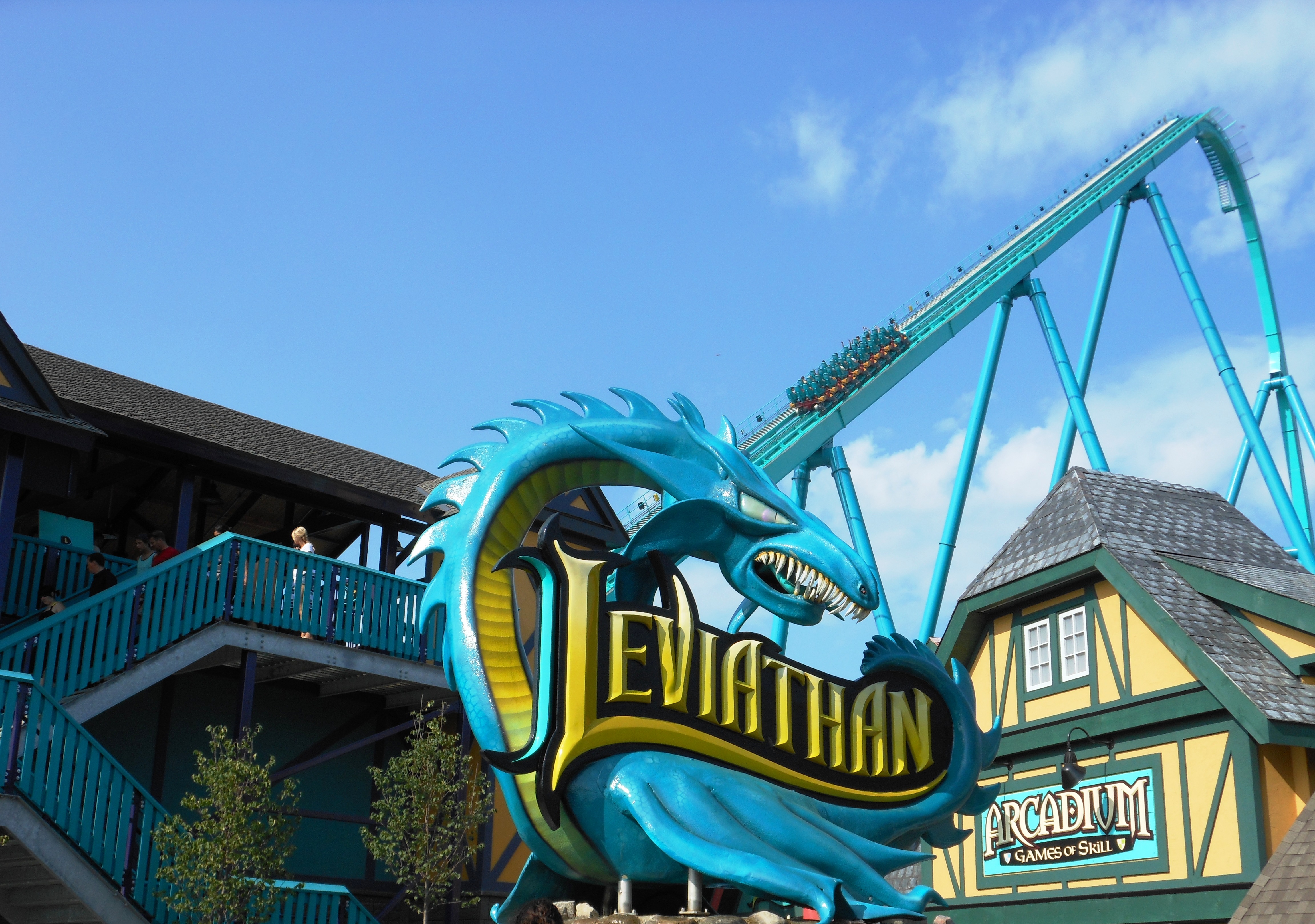 Backstory: Bolliger & Mabillard’s first roller coaster, which held a soft open on April 27, 2012, before opening to the public a few days later on May 6, is as fast and tall as you’re going to find north of the U.S.-Canada border. It cost $28 million to build and belongs to the “Giga” coaster class at a height of more than 300 feet.

What makes it awesome: A 306-ft. drop, top speed of 92 miles per hour, and 5,486 feet of track, mingle with a three-train system to keep crowds moving along and encourage multiple rides (preferably in-a-row). 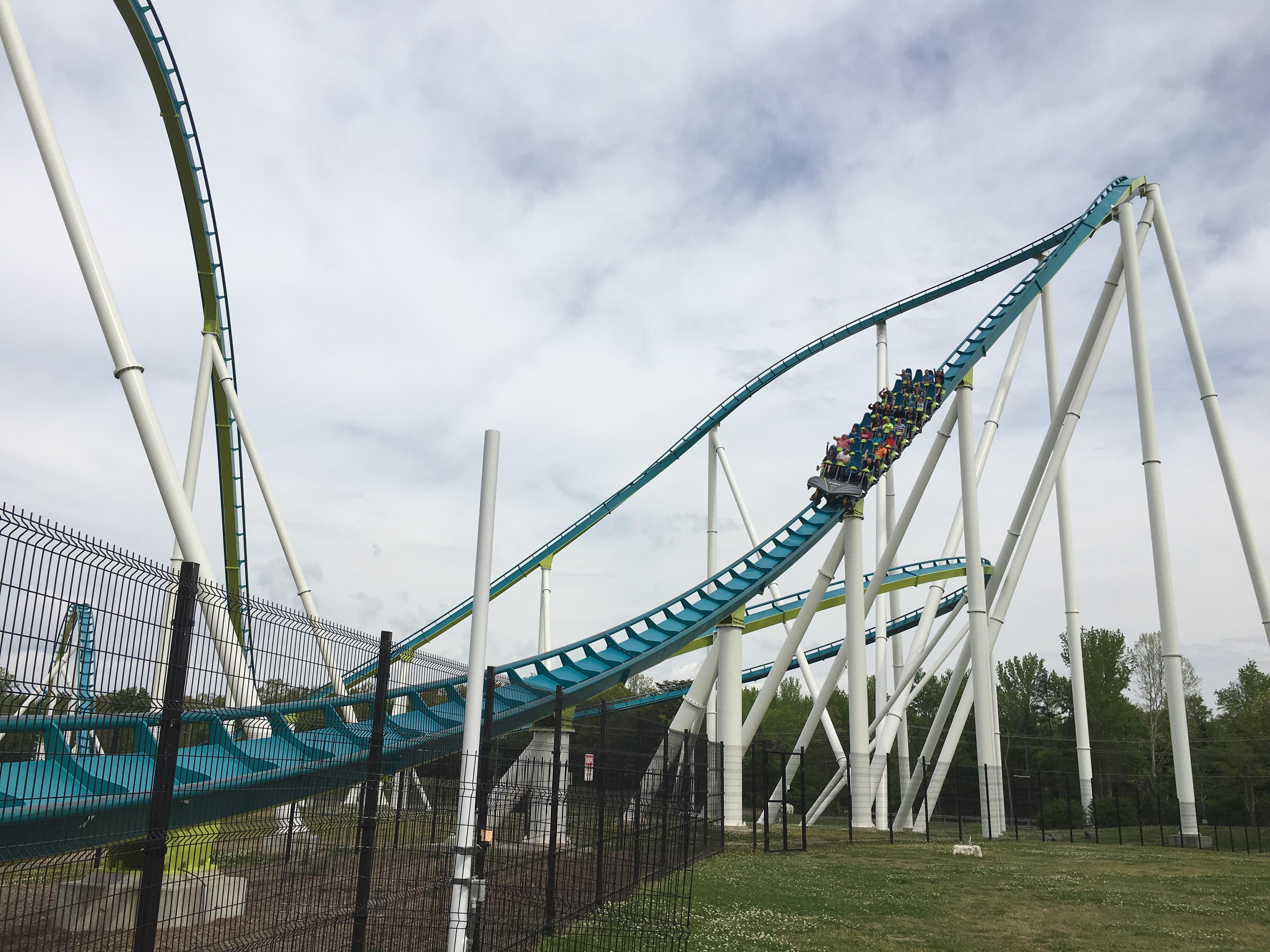 Backstory: The Fury 325 had its soft open on March 25, 2015, and opened wide three days later. A Bolliger & Mabillard creation, it si another of the company’s entries into the Giga Coaster (over 300 feet in height) market and to date is the tallest and fastest.

What makes it awesome: Fury 325 ranks as the No. 5 tallest steel roller coaster in the world and boasts a 320-ft drop — the No. 4 longest in its class. It also ranks at No. 6 when it comes to the fastest steel coasters with a top speed of 95 miles per hour. Riders will also enjoy the fact that it’s the No. 4 longest at 6,602 feet.

Backstory: The 10 Inversion Roller Coaster opened to the public in 2006 and is another collaboration between Intamin and world famous coaster designer Werner Stengel. It is a replica of the Colossus in England’s Thorpe Park with a few enhancements. A third version of the steel beauty is planned for Brazil.

What makes it awesome: Ninety-eight feet in height, a 97-foot drop, and the namesake’s 10 inversions — a current world record among operating coasters — which consist of five “heartline rolls” in which the rider performs a 360-degree roll. There are also two helix-like Corkscrews, two Cobra rolls, and a vertical loop. Dizzying, to say the least. 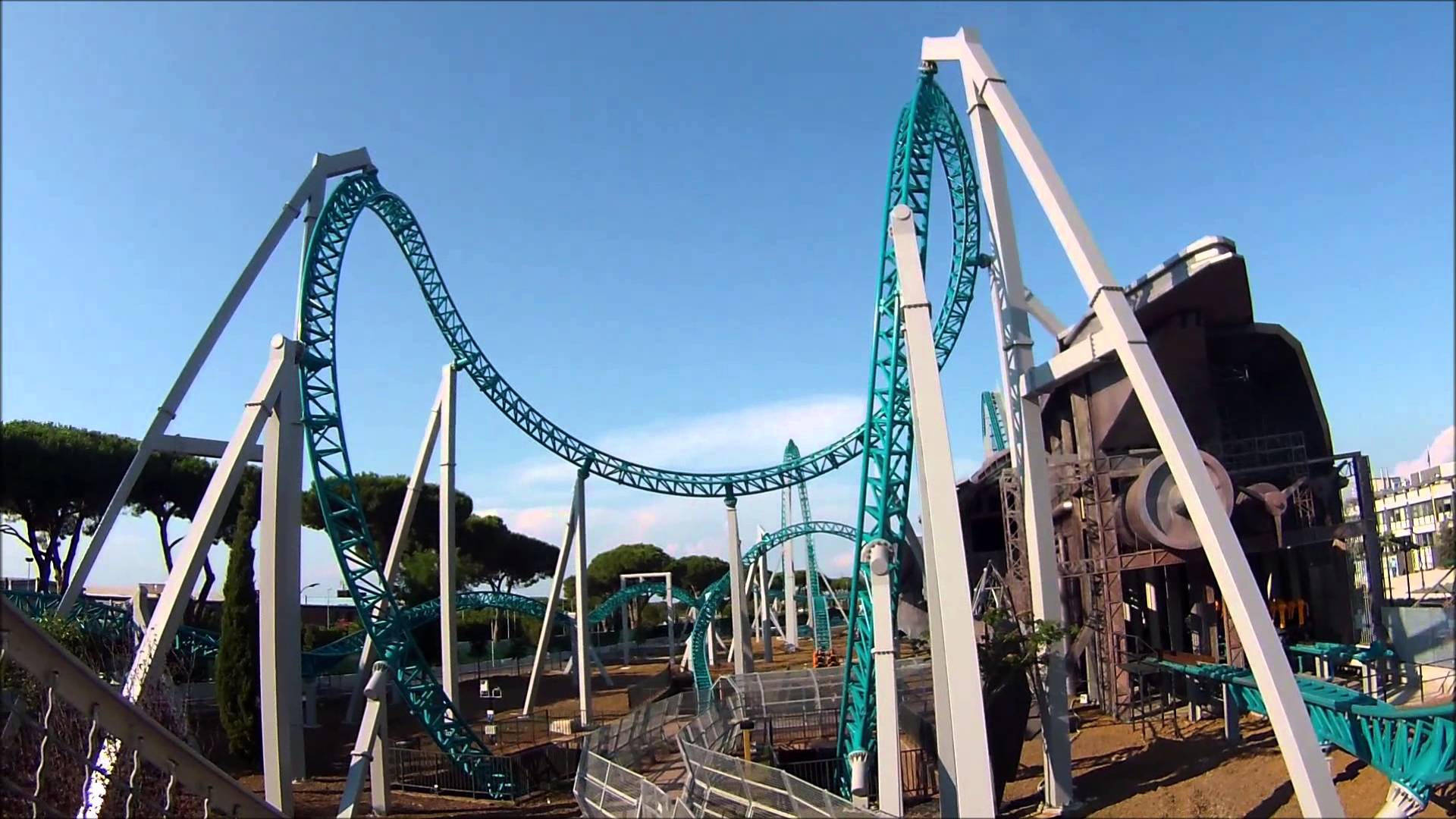 Backstory: Cinecittà World quietly opened in 2014 with only two roller coasters — this one and the Darkmare — but both had the backing of the highly respected manufacturer Intamin, the company behind other marvels like Formula Rossa, the Top Thrill Dragster, Flying Aces, and, of course, China’s 10 Inversion Roller Coaster.

What makes it awesome: Altair cycles through 1,200 passengers per hour and boasts speeds of 52.8 miles per hour. It stands 108.3 feet tall, runs 2,870.8 feet in length, and, like the 10 IRC above, has 10 inversions of its own, which ties the record for operating coasters. Specific elements include the cobra roll, heartline roll, quad heartline roll, double corkscrew, and vertical loop. 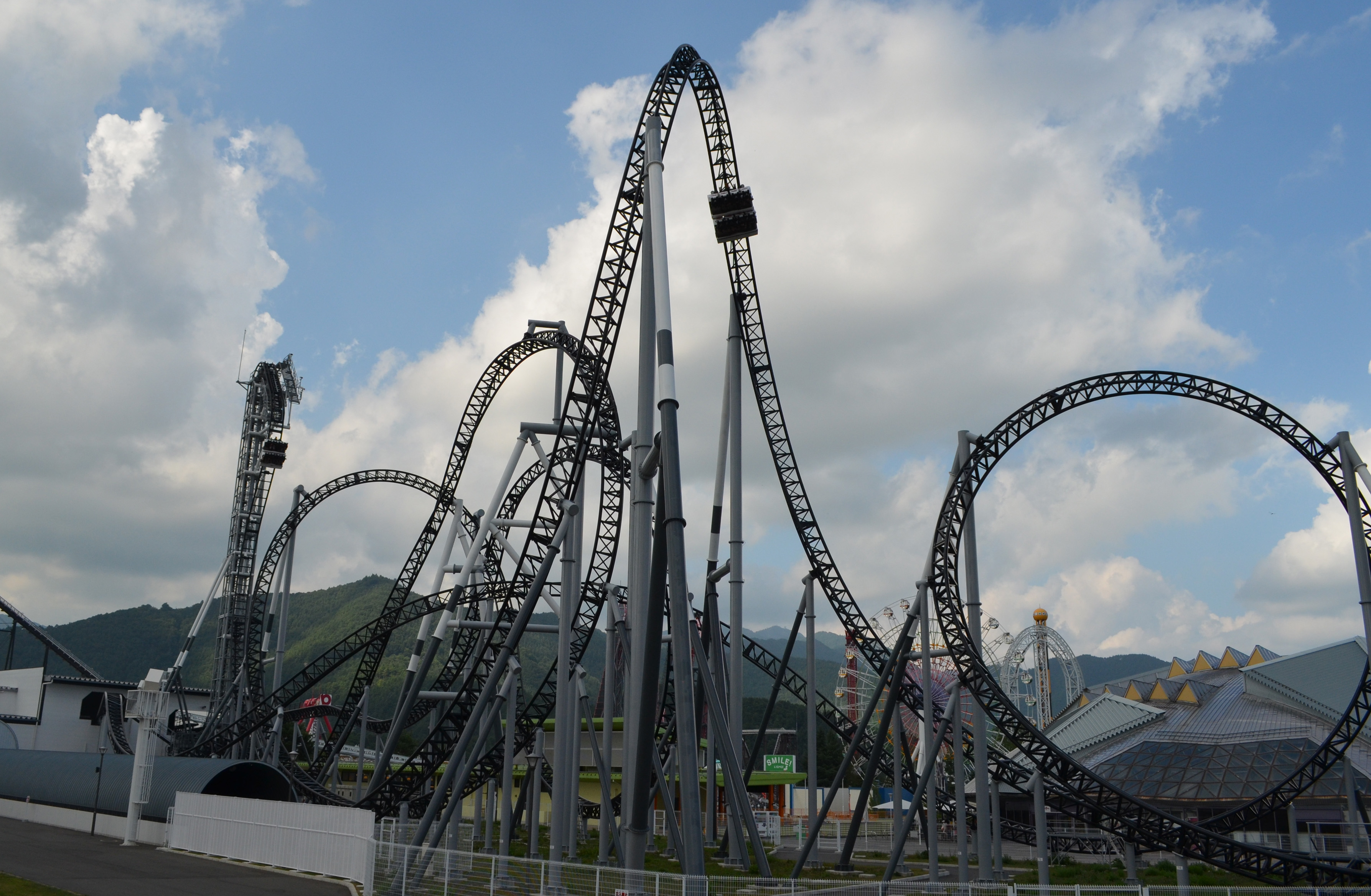 Backstory: Gerstlauer built this impressive $28.5 million structure that boasts a 3,300-ft. length and 141-ft. height. Takabisha opened on July 16, 2011, and to date, it boasts one special record that no other steel or wooden roller coaster has been able to top for five years (and counting).

What makes it awesome: While there are a number of categories where Takabisha falls short — speed of only 62 miles per hour being one — there is one white-knuckle detail that it gets right, and that simply has to be experienced by the roller coaster enthusiast — a 121-degree max vertical angle drop. Watch the video to see what we’re talking about. There are both off-ride and POV shots for the masochists among you. 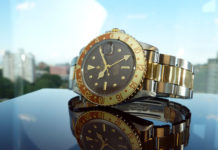 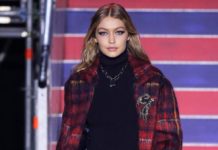 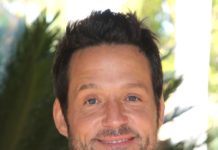 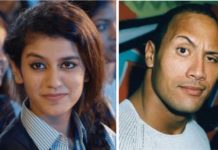