Whether they are low to the ground or elevated, the last few years have showcased cars that are aggressive, powerful, and sporty, some even boasting fuel efficiency and hybrid features, giving us a glimpse of what is to come in the future.

There are some familiar faces on this list, and a few stellar surprises, all of which are definitely the coolest kids on the block that are sure to create auto-envy. They were not chosen based on affordability, family-friendliness, nor mileage per gallon of gas, but simply out of design and exquisite performance. Not only is the F-type a remarkable car that has been immaculately designed from the inside and out, but Jaguar has really pushed their original boundaries and limits, here. The vehicle offers outstanding capabilities, control, and performance, as a coupe and convertible. Furthermore, it comes in three variations each, all of which only increase its potential. The base 5.0-litre supercharged V8 engine can produce 495-horsepower and accelerate to 60 miles per hour in just 4.2 seconds. With a total speed of 186 miles per hour, this convertible can take you places fast. Like a jaguar hunting its prey, the F-Type is ruthless and leaves nothing behind. Overfinch is a British company that specializes in the enhancement of Land Rover vehicles, such as the stunning Evoque, the ferocious Sport, and the classy Range Rover, among other models. Each Overfinch is exclusively customized to fit the driver’s exact demands and needs. While modifications may vary, the Range Rover’s powertrain is typically made up of a 3.0-litre supercharged V6 or a 5.0-litre supercharged V8 engine. The V6 is capable of producing 335-horsepower and accelerating to 60 miles per hour in 7.3 seconds. On the other (even better) hand, the V8 packs a solid 505-horsepower and can stampede to 60 miles per hour in 5.3 seconds. 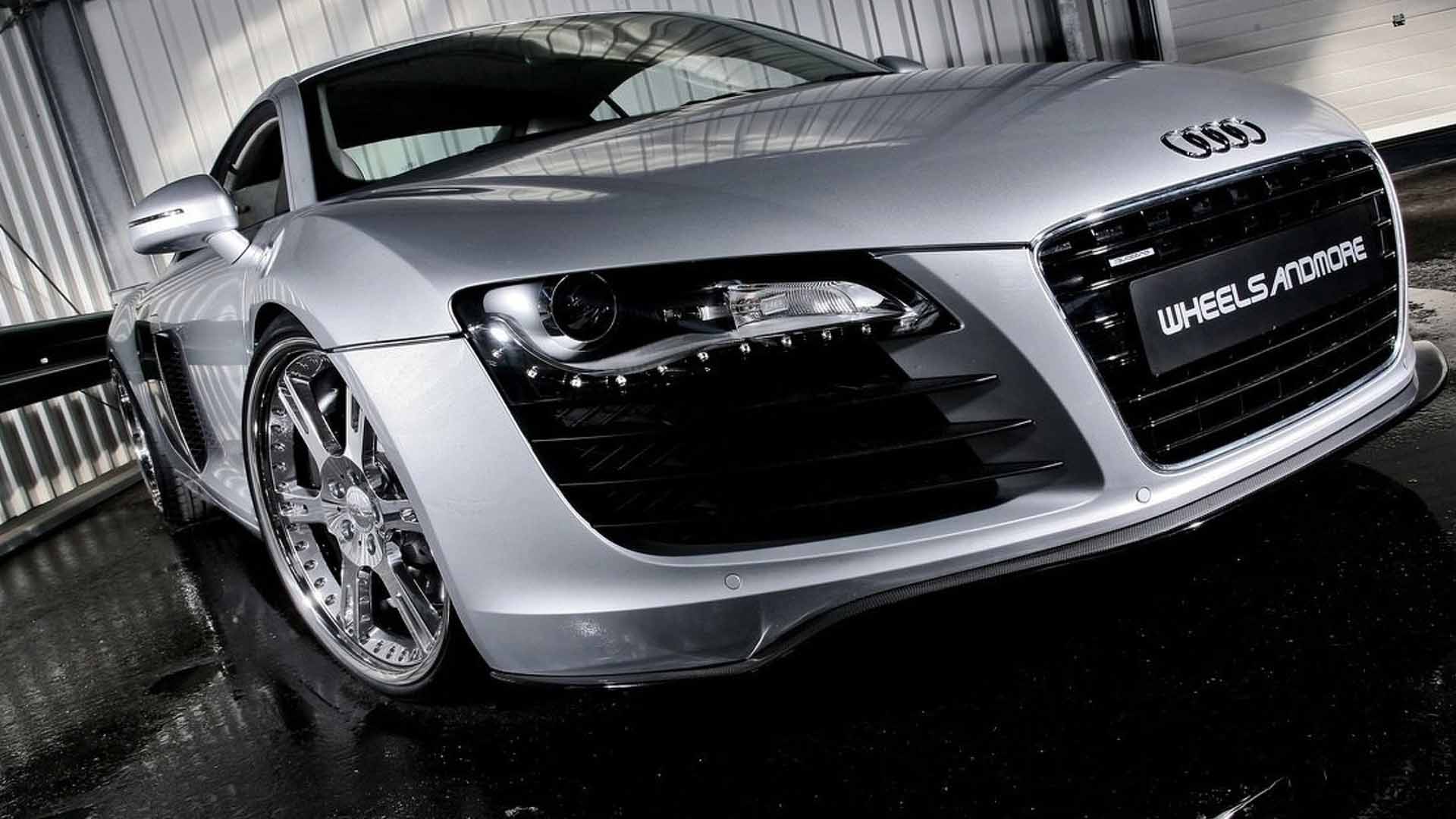 Not only is the R8 dynamic, but it is distinctive, provocative, and sporty. Under the hood, it is packed with a 5.2-litre V10 engine that is sure to make its presence known, while producing a solid 525-horsepower and a top speed of 193 miles per hour. It is an absolute beast on the road. When let loose, the R8 can accelerate to 62 miles per hour in 3.8 seconds when driven automatic, and in 4.2 seconds when driven manual. Built with a lightweight aluminum body, it has the capacity to provide an affluent experience, high-performance, and speed. 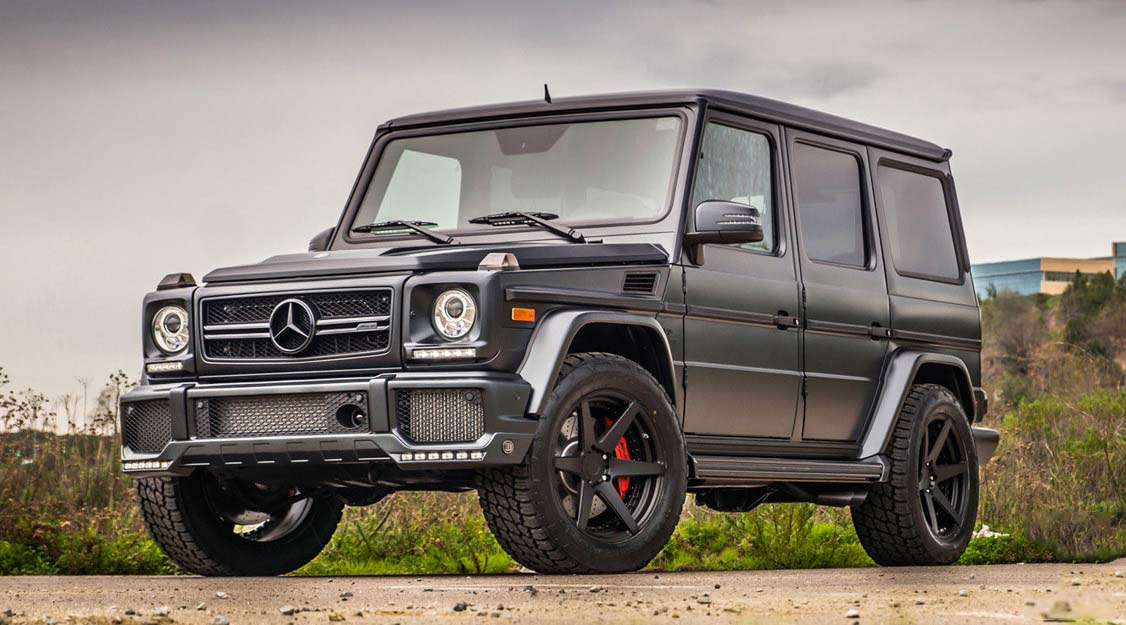 This rugged trailblazer makes a powerful statement and is jam-packed with personality, leaving just about anyone drooling over its capacity and design. From the exterior to the interior, this luxurious and athletic SUV is nothing less than ideal perfection. Moreover, it is definitely nothing short of an aggressive powerhouse full of significant energy, forceful power, and enduring strength. It was built for high-performance. Forget about merely creating auto-envy with a low-riding car, they are not the only vehicles out there capable of breeding jealousy. Leaving mediocrity far behind it, the G63 AMG packs a 5.5-litre V8 bi-turbo engine generating 536-horsepower and a top speed of 130 miles per hour. 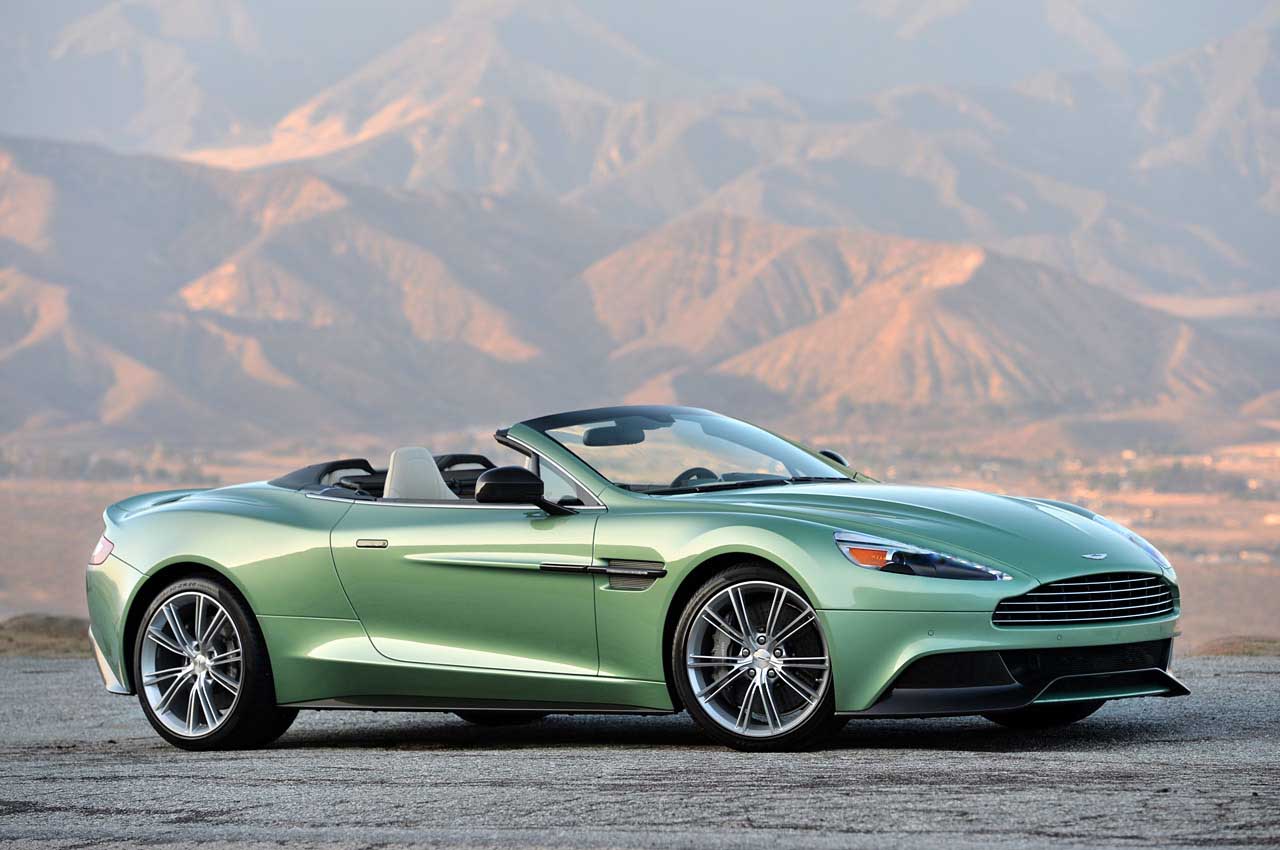 The Vanquish is one of the greatest grand tourers, representing all that is elegant, plush, and powerful. Powered by a V12 565-horsepower engine, it can reach 62 miles per hour in 4.1 seconds, making it the fastest accelerating Volante ever created by Aston Martin. It has a top speed of 183 miles per hour, getting its lucky driver from Point A to Point B, not only fast, but in the luxury of comfort and elegance. From the inside and out, the Vanquish is well-balanced, boasting a carbon-fibre skin from front to back, sophisticated engineering, and pristine performance. 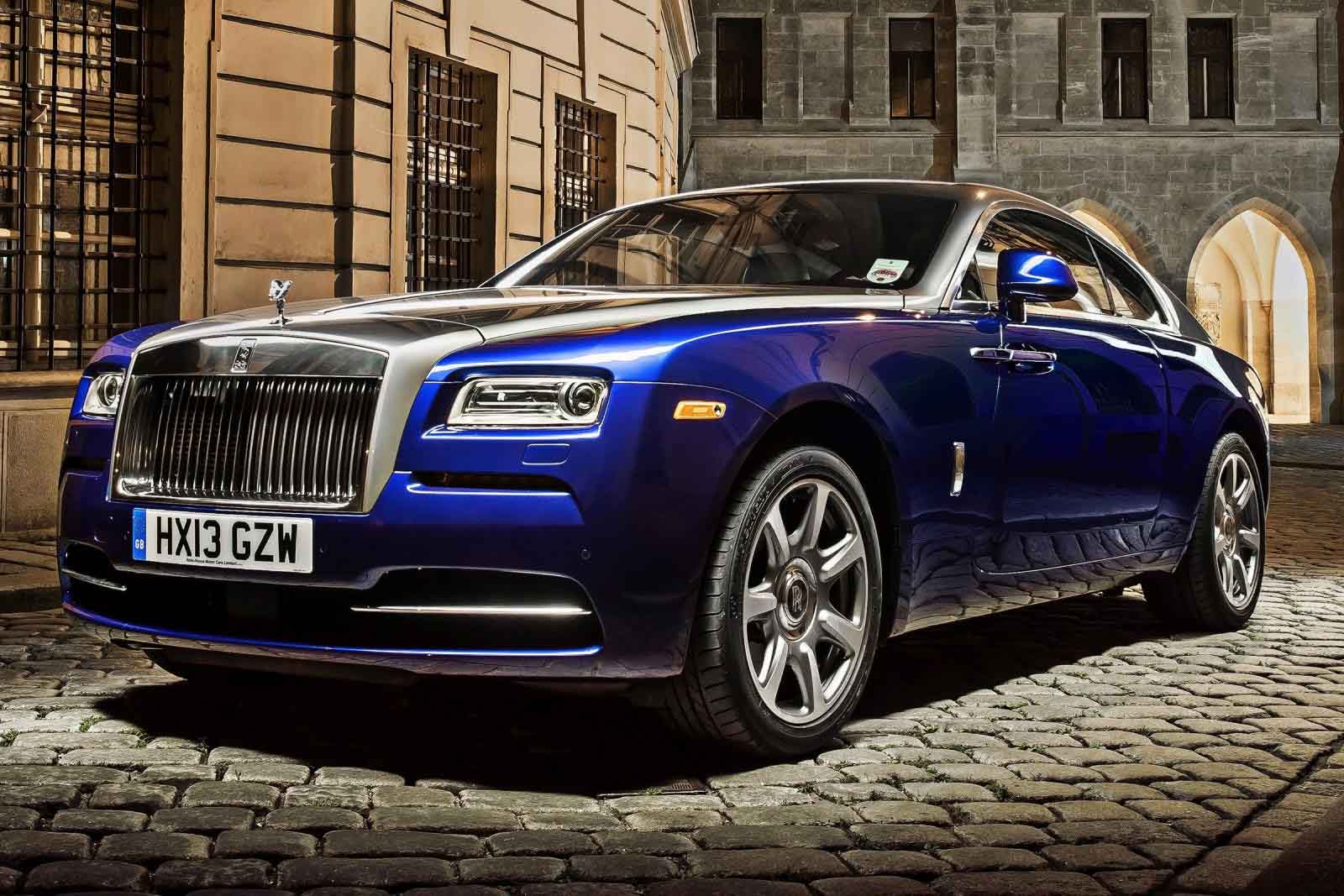 Unleashing its sublime wrath, the Wraith is the fastest and most vigorous Rolls-Royce ever engineered. With a modern touch to a history of elegance and imperial luxury, it is highly powerful and equipped with advanced technology. On the outside, its design will leave bystanders scratching their heads in awe. It might look quite heavy, but it drives smoothly, and is packed with numerous subtle details that make it all the more loveable. From the moment its ignition is started, the twin-turbo V12 engine revs up to an impressive volume. In 4.5 seconds, the 624-horsepower Wraith can accelerate to 62 miles per hour, and has a top speed of 155 miles per hour. Lamborghini’s flagship vehicle, the Aventador, packs a punch with its large, long, and low-riding body. Thanks to its almighty powertrain, this bad boy boasts a 6.5-litre V12 engine that can produce 691-horsepower, along with a seven-speed automatic transmission and all-wheel drive. It has a ferocious element of power and is outrageously showy, but it definitely leaves a lasting impression. For its size, the Aventador is shockingly sharp and light on its feet. This Lambo will surely pull the driver into its thrilling experience, especially with a ravishing top speed of 230 miles per hour. LaFerrari is a limited quantity exotic that beats any other Ferrari ever made, this beauty was built with cutting-edge technology, forceful horsepower, and the finest luxury. It is the most powerful of its kind, boasting a 6.3-litre V12 engine that produces 789-horsepower, along with an extra push of 161-horsepower from its sidekick electric engine. In less than 3 seconds, it can accelerate to 62 miles per hour, and has a top speed of 220 miles per hour. Due to its hybrid capabilities, LaFerrari can go faster than ever, while reducing its typically gas-guzzling bad habit. 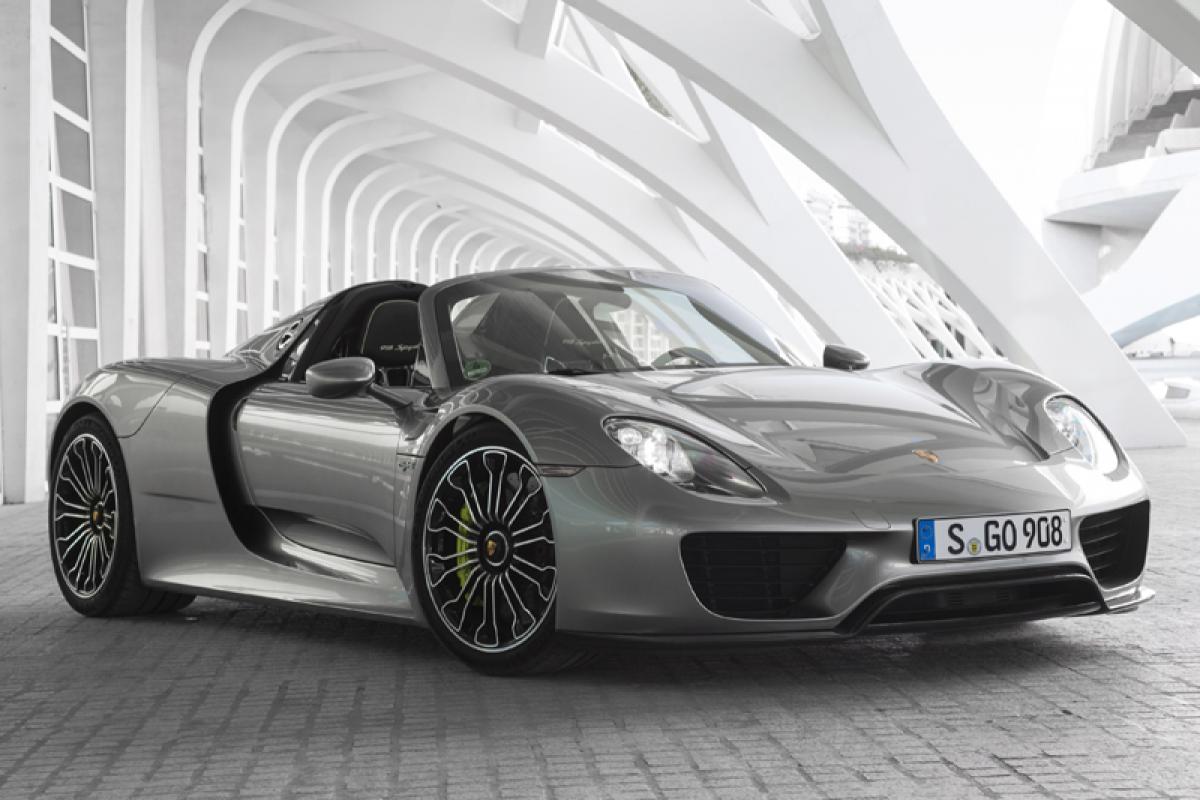 Well-known for their consistent efforts, meticulous excellence, and impeccable design and manufacturing skills, the Germans have maintained a strong presence in the automobile industry. The 918 Spyder speaks volumes just by giving it a quick rev, this alluring work of art can produce a total of 887-horsepower, generated by a 4.6-litre V8 engine and two electric motors, making this a monstrous cross between an electric and gasoline car. In a swift 2.5 seconds, this powerhouse can even jet set to 62 miles per hour. The 918 Spyder is all about luxury, high-performance, and even fuel economy. What the Veyron, the Grand Sport, the Supersport, and the Vitesse have in common, is magnificent Bugatti design and high-performance. Providing an exhilarating drive and experience, as well as an ingenious set of features, innovations and specifications hidden under the hood, the Veyron is, perhaps, one of the most intricate production vehicles of all time. In 2.5 seconds, this beastly powerhouse can hit 62 miles per hour, unleashing the 1001-horsepower strength behind its 16-cylinder engine. With a maximum speed of 248 miles per hour, the Veyron is incomparable and in an unparalleled class of its own. 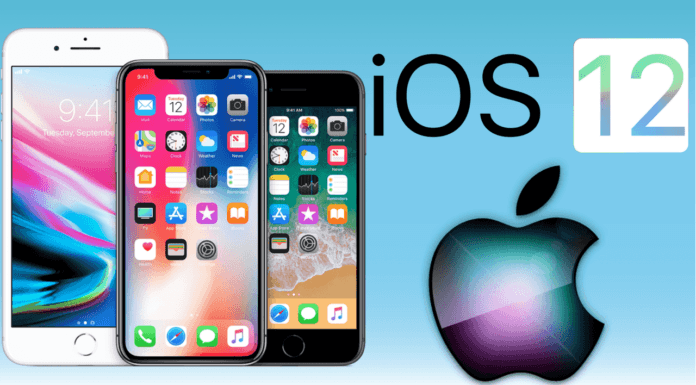